Movies That Have Everything: Spider-Man Homecoming starts TODAY!!! 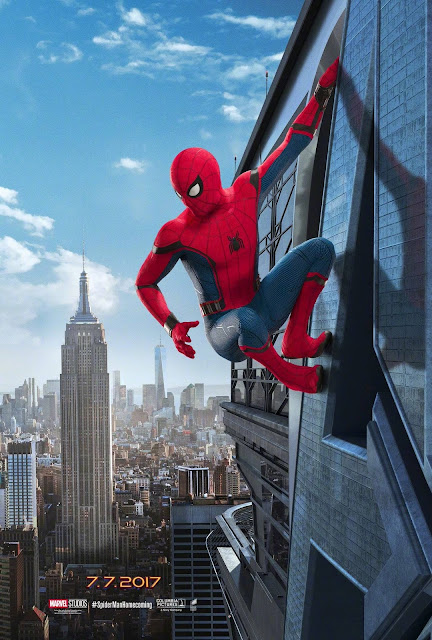 It’s finally here true believers! The third reboot starring our favorite webhead! Spider-Man Homecoming starts today at a theater near you.  Check out the trailer!

In this latest installment directed by Jon Watts, Tom Holland reprises his role as Peter Parker several months after the events of Captain America: Civil  War. Tony Stark (Robert Downey Jr.) is also back as mentor to Pete supplying him with a new Spidey suit and some super cool gadgets (most that have appeared in the comics during Spidey’s vast 55 years of heroing).  From his articulated eyes, web wings, spider tracers, and the spider-signal that was teased at the end of Captain America: Civil War), we’re getting closer and closer to the classic Spidey that we all know and love. 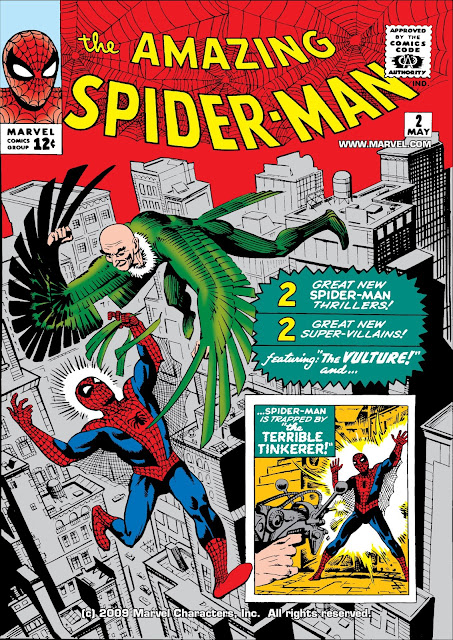 Every hero needs his villain and this time it’s Adrian Toomes aka the Vulture (more to the point, a reimagining of the Vulture) played by Pittsburgh’s very own Batman, Michael Keaton. Created in 1963 by Stan Lee and Steve Ditko and appearing in The Amazing Spider-Man #2, Toomes was an inventor who created numerous gadgets including a special flying suit that also augmented his strength. After discovering that his business partner has embezzled from their company, forcing it to go bankrupt, Toomes becomes a professional criminal as the Vulture. 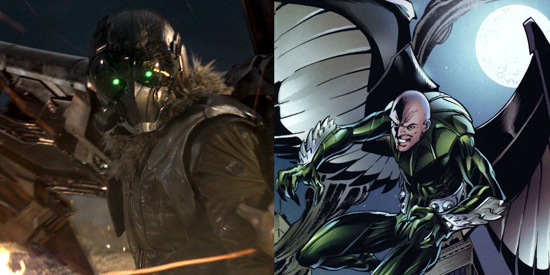 The Vulture (Movie vs. Comics Comparison)

Also joining the cast is Marisa Tomei as a very youthful Aunt May, along with Jon Favreau and Gwyneth Paltrow reprising their roles as Happy Hogan and Pepper Potts from the Iron Man franchise. Keep your eyes peeled for Chris Evans as well as Captain America will also make an appearance.

Spider-Man Homecoming swings into your friendly neighborhood theaters today.
Posted by Pittsburgh Underground at 11:30 AM