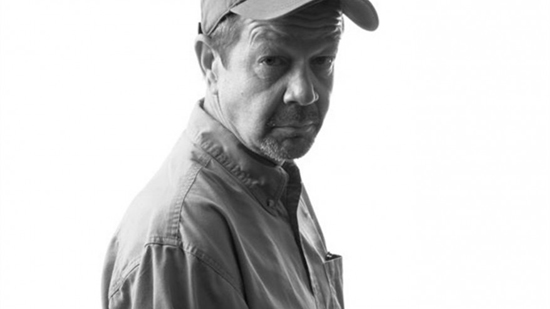 Sad news in the world of comics as one of our favorite artists, award winning comic book illustrator, animator, and writer Darwyn Cooke passed away, losing his battle with lung cancer at the age of 53.

In a sea of carbon copies for the sake of 'marketable' product,  Mr. Cooke's unique and flawless work stood ahead of the pack with his animated, retro-stylings that harkened back to a more expressively dramatic time of comic book illustration coupled with an over arching feeling of joyfulness that hasn't been found within the medium of comic book art since the hey day of comic book legends such as Steve Ditko, Jack Kirby, and of course the grand-daddy of them all, Will Eisner.

Although Cooke's comic book career began as far back as 1985 in a short story in New Talent Showcase #19, financial pressure forced him to switch gears landing him work as a magazine art director, and then graphic and product designer for the next 15 years. 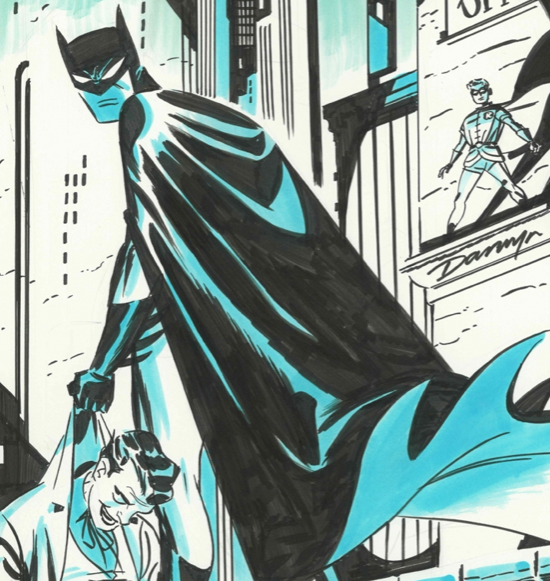 In the early 1990's Cooke returned to the comic book world, but the major publishers, enamored with the cookie-cutter and ultimately 'safe' stylings to sell their big properties expressed little interest in his work. Finally, Warner Brothers Animation had the good sense to hire him after replying to an ad placed by legendary animator, Bruce Timm known for his complete thematic reworking of the Dark Knight Detective in Batman: The Animated Series. 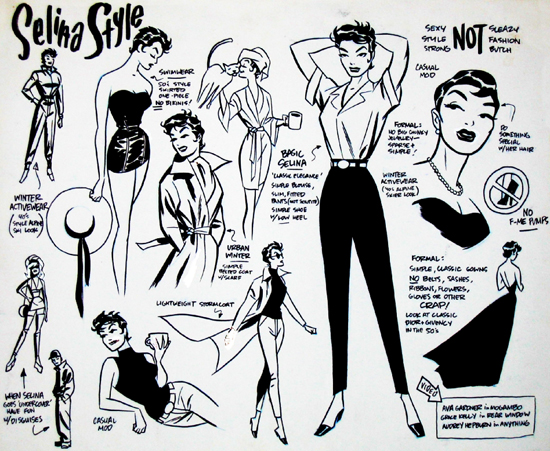 Cooke became a storyboard artist for Batman along with the ever expanding DC animated universe's list of shows including Superman: The Animated Series and Batman Beyond. With his foot in the door, DC Comics finally took notice of Cooke's steller work and approached him about a project he had submitted years earlier that eventually became Batman Ego. More freelance work followed for both DC Comics and Marvel Comics from X-Force, Wolverine/Doop, and Spider-Man's Tangle Web, and his acclaimed revamp of Catwoman. 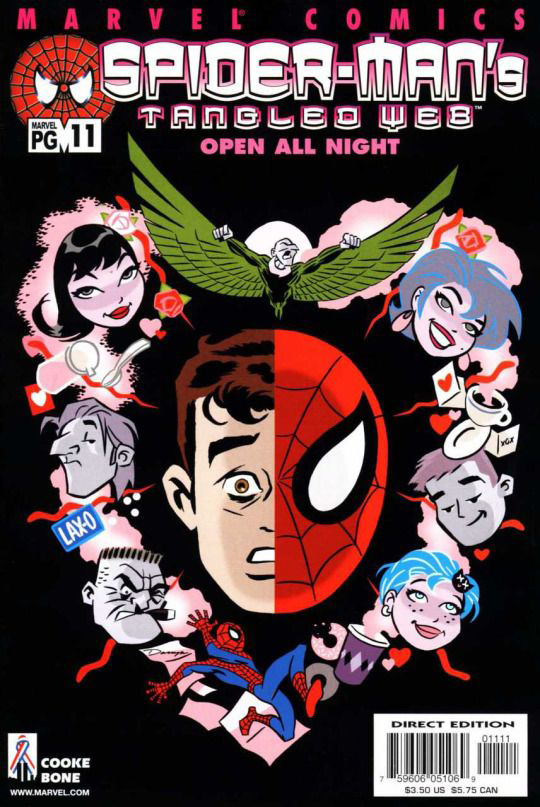 Two of our favorite works from Mr. Cooke are both fell under the DC Comics stable, Justice League: New Frontier and the revamp of Will Eisner's: The Spirit. 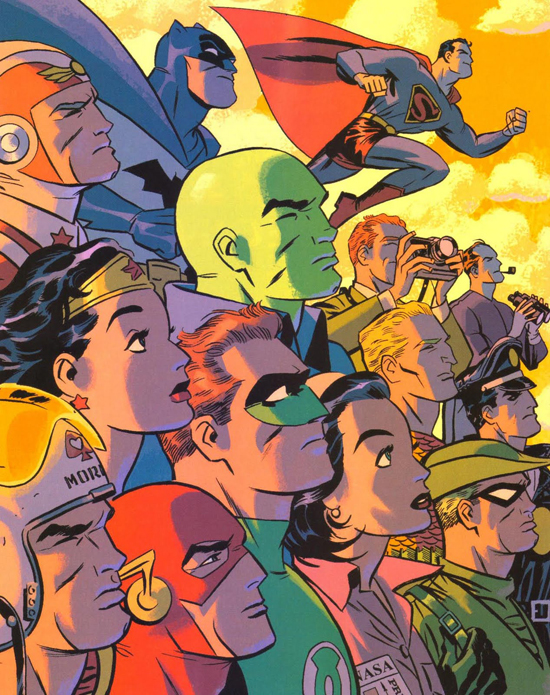 Justice League: New Frontier - a six issue mini series that closed the gap between the end of the golden age and beginning of the silver age comics set in the 1950's that was also adapted into an animated feature in 2008 by Warner Brothers Animation.

This was a new take on the formation of the Justice League with fledgling Green Lantern, Hal Jordan, a truly Amazonian Wonder Woman (she was HUGE), a newly displaced Martian Manhunter, the known vigilante - The Batman, the King of the Seas himself - Aquaman, and of course our favorite son of Krypton, Superman joining forces for the first time to save the world. 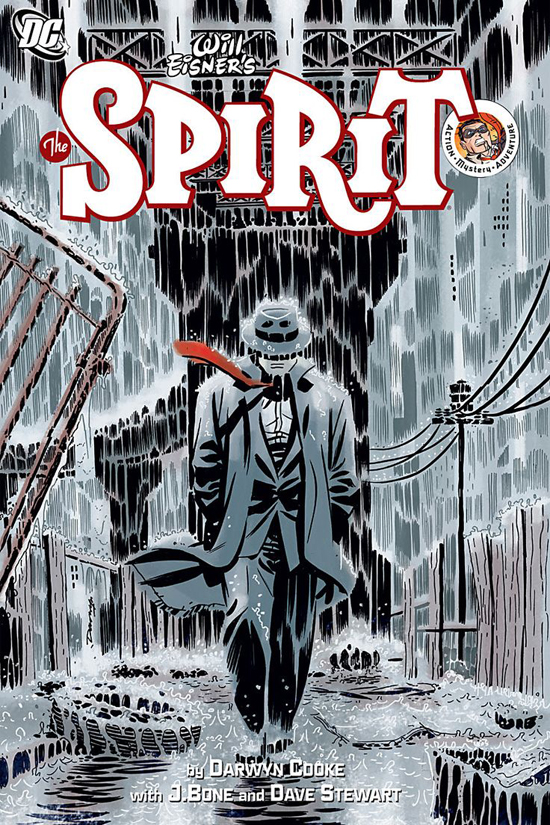 The Spirit Illustrated by Darwyn Cooke

DC Comics also published the one shot Batman/The Spirit back in 2007 which helped spawn a newly revamped introduction of the character into the DCU along with a spin-off book featuring the Will Eisner creation with Darwyn Cooke writing and penciling (with J.Bone taking on inking duties). Mr. Cooke's vintage stylings lept of the pages as a nostalgic look back to a classic hero making crime noir both dramatic, but with an innocent twist from yesteryear that only Darwyn Cooke could create. 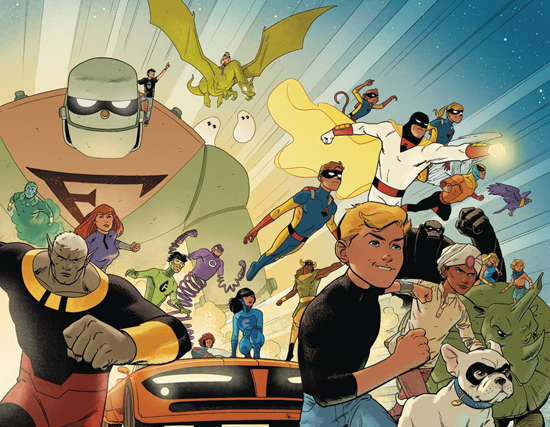 This year he left us with a beautiful promotional image from the latest from DC Comics that reimagined the world of Hanna-Barbera cartoons into a collective universe titled Future Quest, reuniting Johnny Quest, Space Ghost, Birdman, The Herculoids, Mightor, The Galaxy Trio, Frankenstien Jr., and The Impossibles.

The image feels a bit bitter sweet as it only makes us long for one more grand adventure with Darwyn Cooke. Sadly, the final adventure is all Mr. Cooke's to explore, and we hope, to enjoy as much as we did him and his timeless work. Godspeed to our hero...
Posted by Pittsburgh Underground at 11:30 AM