Movies That Have Everything: Captain America: Civil War STARTS TODAY!!! 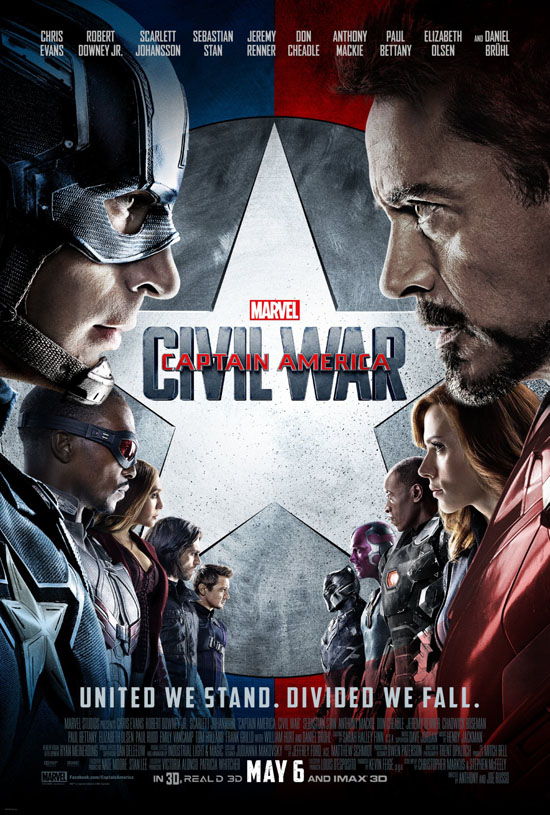 It's finally here just in time for Mother's Day - the Mother of all Cap' movies! Captain America: Civil War starts TODAY rounding out the trilogy. Check out the trailer below!

Based on the Marvel mini-series: Civil War from 2006-2007 written by Mark Millar (of Kick-Ass fame) and penciled by Steve McNiven (Wolverine: Old Man Logan), the basic premise stays the same as the U.S. government passes the 'Superhero Registration Act' designed to have super powered individuals act under official regulation, much like that of law enforcement. 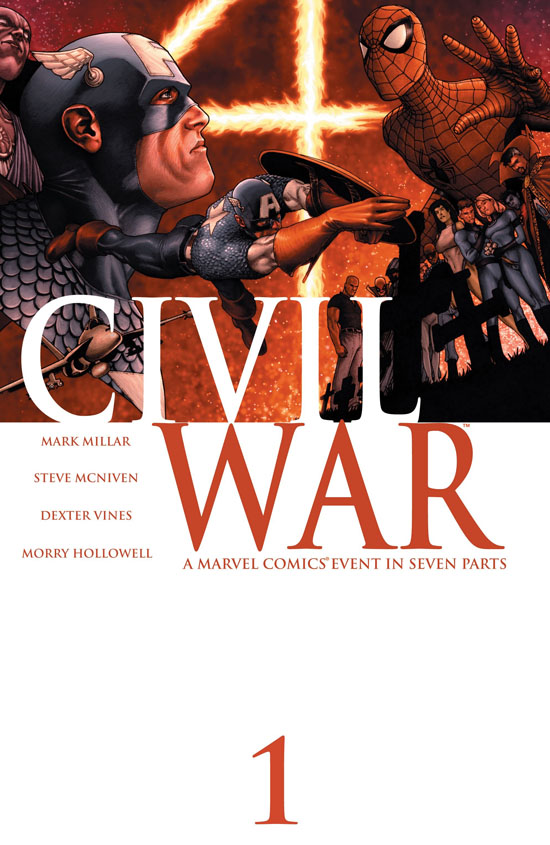 This also means giving up your 'secret identity' as well - not something everyone is willing to hand over. This of course causes a split with Iron Man (Robert Downy Jr.)  leading the charge on the side of government and Captain America (Chris Evans) on the side of freedom. 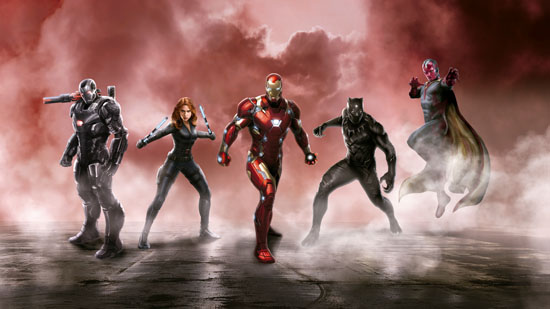 Along with the leaders of each faction come the followers and the roster is huge. On team Iron Man is War Machine (Don Cheadle), Black Widow (Scarlett Johansson), Vision (Paul Bettany), and the debut of Black Panther (Chadwick Boseman). 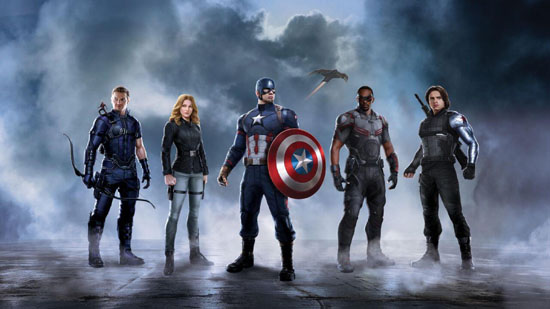 That's not all - also returning are two wildcards: Scarlet Witch (Elizabeth Olsen) who is still deciding how to use her powers after Avengers: Age of Ultron, and of course the most anticipated character to finally make his debut in the Marvel Cinematic Universe - Spider-Man (played for the first time by Tom Holland) who is caught in the middle, very much like his comic book counterpart.

Captain America has been one of the very best (if not THE very best) Marvel franchise to date and Captain America: Civil War is definitely one that we expect will please everyone who loves the genre and good ol' Cap as well.

Captain America: Civil War starts today at a theater near you. Also, don't forget that THIS SATURDAY is FREE COMIC BOOK DAY at your local comic book shop. What better way to 'cap' off this movie event than to hit your favorite purveyor of sequential art for great freebies and to nab some of your old favorites as well (maybe pick up a copy of Marvel's Civil War to see where it all started). The gang from Pittsburgh Underground will be hitting both this weekend - hope to see you there!
Posted by Pittsburgh Underground at 11:30 AM