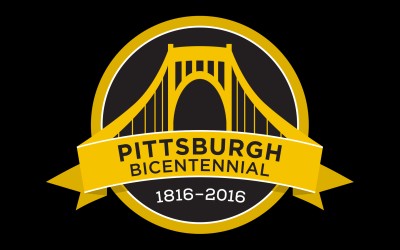 Happy Birthday Pittsburgh! Believe it or not - Pittsburgh is celebrating it's bicentennial starting today!

200 years ago, Pittsburgh was incorporated into a City, although it didn't happen overnight. First it was incorporated as a township in 1771 and as a borough in 1794, it wasn’t until 1816 that Pittsburgh officially became a city. On March 12 of that year, the Pennsylvania House and Senate passed a law to incorporate Pittsburgh, which at the time had a population between 5,000-6,000 residents.

Since then Pittsburgh has been named the 'Most Livable City' on six different occasions by The Economist, Forbes and the Places Rated Almanac. We've come back from being a long forgotten steel town to a thriving tech epicenter, have become a culinary capitol and named as the 'next food town' by Bon Appetit (food trucks and all), and were named as one of the top ten downtowns by Livability.com stating that 'Pittsburgh’s downtown area remains a vibrant mix of culture, arts and innovation .”

There are lots of events will be held starting today and throughout the year so show your Pittsburgh Pride and check out the Official Pittsburgh 200 Website for more information info!
Posted by Pittsburgh Underground at 11:30 AM