Movies That Have Everything: Batman v Superman : Dawn of Justice OPENS THIS FRIDAY!!! 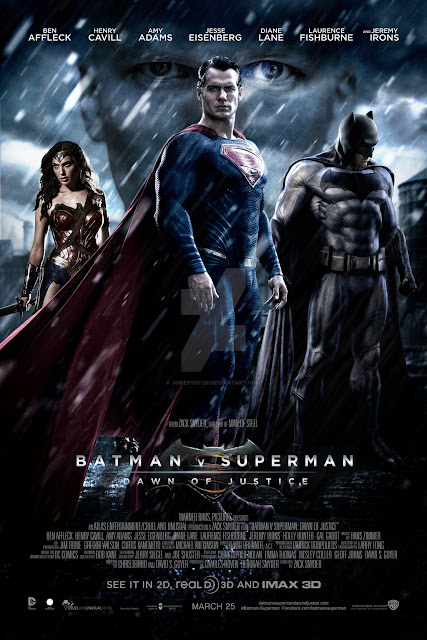 There have also been confirmed rumors that Barbara Gordon played by Jena Malone (aka Batgirl) will show up in the highly anticipated 'R' Rated version that will show up only on the Bluray / DVD release of the film. To say that this movie has been a long time and coming would be an understatement and with Zack Snyder at the helm as director who's been involved since Man of Steel (and will also be directing both upcoming Justice League movies as well) we know it will be one of the big hitters for 2016!

The gang from PU will be racing to our local theater this Good Friday for the very beginning of our favorite DC Comics characters come to life in Batman v Superman : Dawn of Justice!