Comics To Rot Your Brain: Batman Week / Day 6 - Today and Beyond 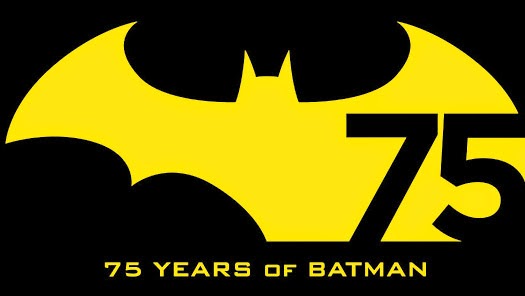 We’ve hit a lot of the milestones in the last week, and to be honest it’s hard to hit them all let alone give them each the detail they deserve. As we finally wind things down for Batman Week here at Pittsburgh Underground we wanted to touch on the last decade and the future for the Batman.

The three most notable milestones in the Batverse as it stands today come from Christopher Nolan, director of the latest and greatest Batman trilogy (the last of course being filmed right here in Pittsburgh), Rocksteady Studios - creators of the first SUPERIOR Batman video game Batman: Arkham Asylum, and of course the DC Comics reboot of the franchise with DC’s New 52. 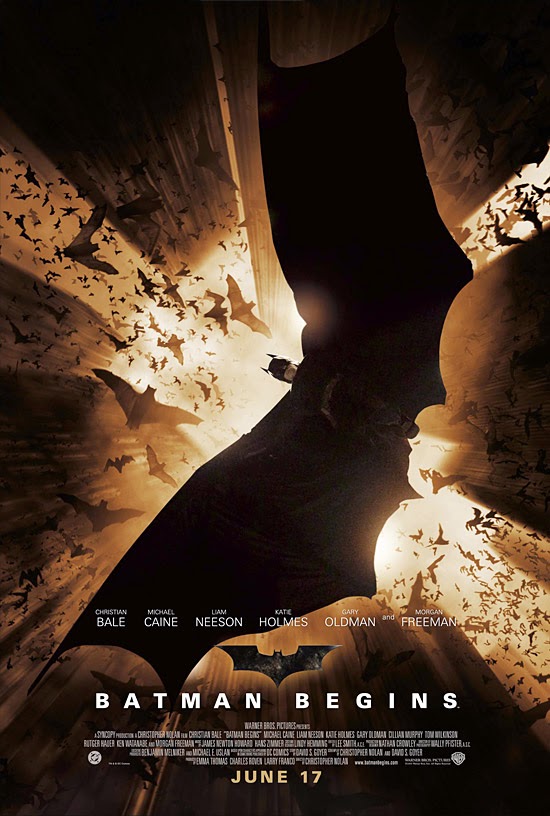 To say that Batman’s come a very long way in terms of cross media would be an understatement. Indy film director Christopher Nolan approached Warner Brothers in 2003 with the idea creating a much needed reboot of the franchise. Released in 2005, Nolan’s approach was keeping the characters more grounded in reality, borrowing elements of all the best of the Batman stories - Bruce’s fear of bats (Batman: The Dark Knight Returns), the use of Ra’s al Ghul as the main protagonist (Batman #232: Daughter of the Demon), Bruce’s origin story staring with his parent’s death and ending on a rooftop with Commissioner Gordon handing him a Joker playing card (Batman: Year One) - a story was woven together that finally matched all the best that Batman had offered it’s readers, now finally in view of the general public.

The results were very well received both critically and commercially, spawning two well thought out sequels. The second being The Dark Knight (2008) - which not only gave us a true vision of Two-Face (as seen in his retold origin story in Batman: The Long Halloween) portrayed masterfully by Aaron Eckhart, but also a more fitting Joker than that of the Burton/Nickolson days with a Best Supporting Actor award given posthumously to the late Heath Ledger in what was his best role to date. 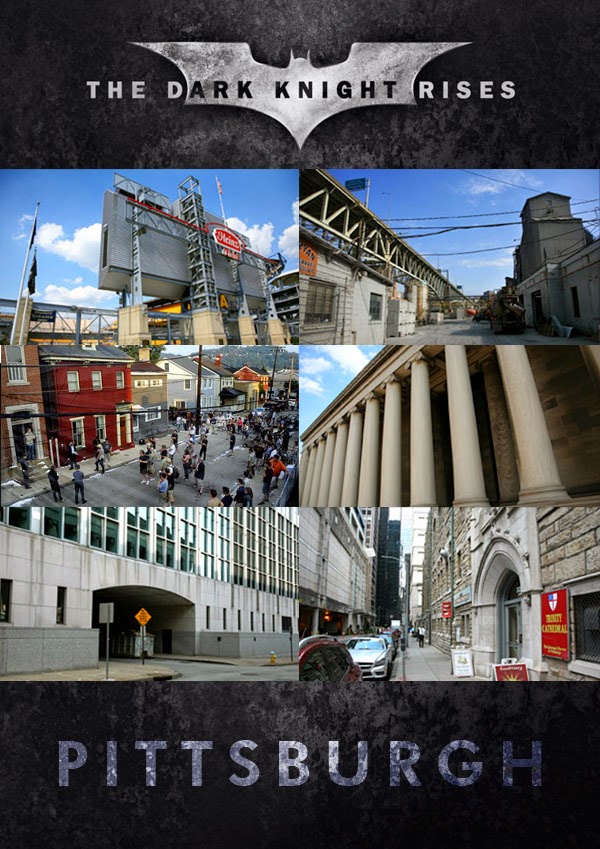 The third in the Dark Knight trilogy, The Dark Knight Rises (2012) has a special place in the hearts of Pittsburgher’s as it was filmed in our fair city. Like a lot of great movies filmed in the steel city, it serves as something of a  time capsule - showing off Heinz Field (home to the Gotham Rogues), the Frank Bryan Cement Plant (100 South 34rd Street) beneath the Liberty Bridge (where Blake discovers what’s really going on at the ‘Broucek Cement Company’), 170 41st Street in Laweranceville - The home of Deputy Police Commissioner Peter Foley (Matthew Modine), Carnegie Mellon Institute on Fifth Ave (Gotham City Hall), Carnegie Mellon University’s Software Engineering Institute on South Dithridge Street (the entrance to Blackgate Prison), 333 Oliver Avenue at the rear of Pittsburgh’s Trinity Cathedral (better known as Franktuary to us, but St. Swithin’s orphanage to the rest of the world) and downtown proper with both newly designed Batwing (or Bat in this version) and Batcycle (or Batpod) barreling down Penn Ave. If you really want to get a great look at Pittsburgh from a cinematic perspective - grab up a copy of The Dark Knight Rises on Bluray for all the great Pittsburgh special features.

We all love movies, but who doesn’t want to be Batman (ok, or at least have the cool suit, gadgets, and a justification for kicking ass?). In 2009, Rocksteady Studios released Batman: Arkham Asylum for all the PC and all major gaming consoles. Written by Batman: The Animated Series veteran Paul Dini, the Joker and inmates take control of Gotham’s favorite looney bin. All the best were back to voice our favorites - Kevin Conroy (Batman), Mark Hamill (the Joker), and Arleen Sorkin (Harley Quinn) and incorporated the BEST gaming mechanics of any Batman game to date (and believe me, ten more articles could be written about those past nightmares!). Incorporating everything Batman-centric, from his gadgets, fighting, stealth, and detective abilities the game was unmatched winning multiple awards including the Guinness World Record for ‘Most Critically Acclaimed Superhero Game Ever’, spawning sequels Batman: Arkham City, Batman: Arkham Origins, and soon to be released in 2015 - Batman: Arkham Knight (where we can finally drive the Batmobile!!!). 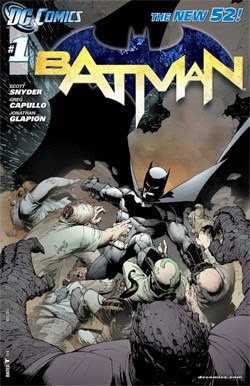 Then came the beginning of the end - at least for what was the only Batman universe that avid DC Comic readers had come to know. In 2011, DC rebooted the entire DC Comics Universe, absorbing former Wildstorm and Vertigo imprints into the DC fold and slimming down the number of ongoing series being published by DC to 52 titles.

This ment that both Batman and Detective Comics were now starting at #1, and although many of the DC characters were either side lined or completely reimagined (some with eye rolling results), Bruce Wayne was still Batman. Dick Grayson, the former Robin was still Nightwing. Tim Drake, the third Robin was now Red Robin. The 2nd Robin, Jason Todd (killed off a two decades earlier by the Joker and Batman fans across the globe, yet had returned from the grave post 52) is now the leader of The Outlaws. The newest Robin, Damian Wayne (and quiet honestly, a close favorite of ours not counting the original Dick Grayson), has surfaced as Batman and Talia al Ghul’s son (conceived in the book Batman: Son of the Demon back in 1987, although at the time, not considered canon). Not only was he a psychopath (thanks to an upbringing by both Talia and the League of Assassins), but was at constant odds with his father over choice to kill over capture. If I’m speaking in the ‘past tense’ it’s merely because for as quick as Damian arrived, he died just as quickly (and as a hero) at the hands of his own, grown, clone, the Heretic. Whew!!! Now the debate stands - should DC resurrect Damain? We say why not (they resurrected Jason Todd and that dude was a douche!).

Batman: Beyond...
It’s been a roller coaster for the gang in Gotham and it doesn’t end here. The future for Batman is not only in the comics (which continue with DC’s New 52 storylines), but also on television, movies, and videogames. Here are three big Batman events outside the pen and ink that should be on your radar! 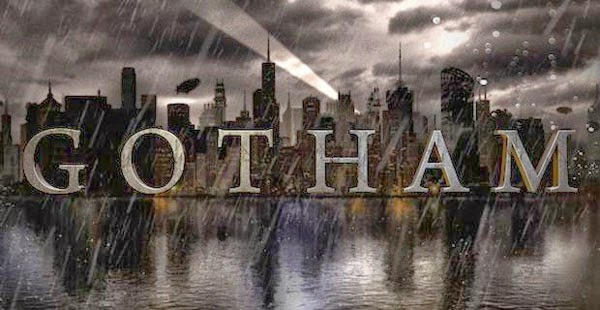 Gotham
Premiering September 22, 2014 on the Fox Broadcasting Network, Gotham will take center stage, focusing on the origin story of Commissioner James Gordon as a rookie within the corrupt Gotham Police Department.  Starring Ben McKenzie as James Gordon, the story will revolve around one of the highest profile cases in Gotham City’s history - the murder’s of Thomas and Martha Wayne. Not only does the plot take viewers through the stages of Jim Gordon’s career, but will feature some of the most major player’s in Gotham, before they become the characters we all know and love, both heroic and villainous alike. Check out the trailer below!

Yes, just about all our favorite would be heroes and rogues are here - Detective Harvey Bullock (Donal Logue), Detective Renee Montoya (Victoria Cartagena), a young and terribly tramatized Bruce Wayne (David Mazouz), Alfred Pennyworth - Bruce’s loyal butler and now guardian (Sean Pertwee), Selina Kyle - aka the future Catwoman (Camren Bicondova), Oswald Cobblepot aka the future Penguin (Robin Lord Taylor), Edward Nygma aka the future Riddler (Cory Michael Smith), and even Pamela Isley aka the future Poison Ivy  although cryptically named as Ivy Pepper for the series - hopefully to be cleared up at a later date - played by Clare Foley).

Of course some other fine actors have joined the show as well including Jada Pinkett Smith as Fish Mooney (the crime boss whom the future Penguin works for), Carol Kane as Getrud Kapelput (the Penguin’s mommy), and Zabryna Guevara as Captain Sarah Essen (Jim Gordon’s supervisor, whom, if you’ve read Batman: Year One, he has a torrid with whilst married to wife Barbara (portrayed by Erin Richards). The gang here at good ol’ PU is both nervous (because it’s on FOX) and excited (because, well - it’s Batman) to see what transpires in September 2014 with this ambitious drama. 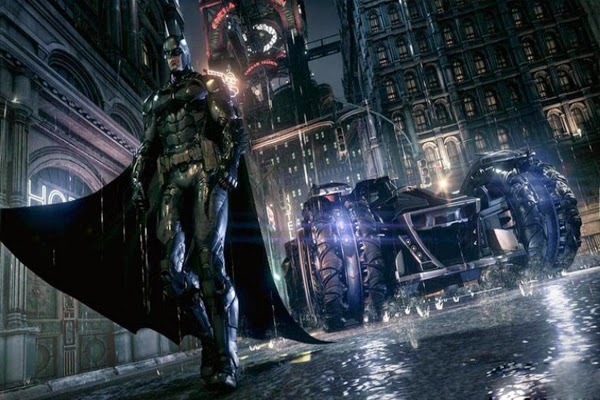 Batman: Arkham Knight
Rocksteady Studios, the gang that brought you the first two (and ultimately superior) games in the Batman / Arkham series is returning in 2015 with Batman: Arkham Knight. The storyline follows up one year after the events of Batman: Arkham City where the Scarecrow returns to round up the Rogues Gallery in a final fight to the finish. Check out this footage from E3:

Yes, one of the most exciting aspects of this new game (apart from Rocksteady taking the reigns back from Warner Brothers Games Montréal, developers of the serviceable, yet relatively bland Batman: Arkham Origins) is that we finally get to drive the Batmobile -  Seriously, need we say more? Rocksteady will also be making a series of gameplay improvements including using some gadgets while in glide mode, functionality improvements to the grapple gun and combat abilities, including the ‘Fear Takedown’ provided Bats remains undetected. 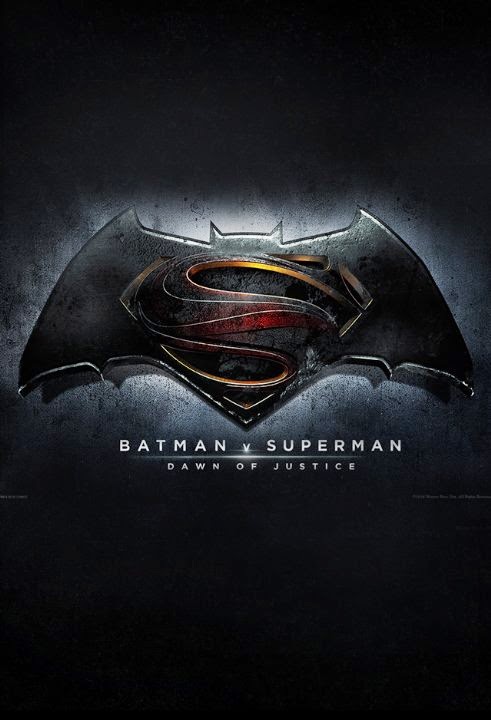 Batman Vs. Superman / Dawn of Justice
We have a much longer wait Batman vs. Superman / Dawn of Justice (to be released in 2016), but the sequel to Zach Snyder’s Man of Steel will also help usher in the long gestating Justice League movie, also to be directed by Snyder. Not only do we get to see a new version of Batman (Ben Affleck), but we’ll also get a new version of Alfred Pennyworth (Jeremy Irons), Wonder Woman (Gal Gadot), Lex Luthor (Jesse Eisenberg), and possibly an appearance from Aquaman (Jason Momoa). 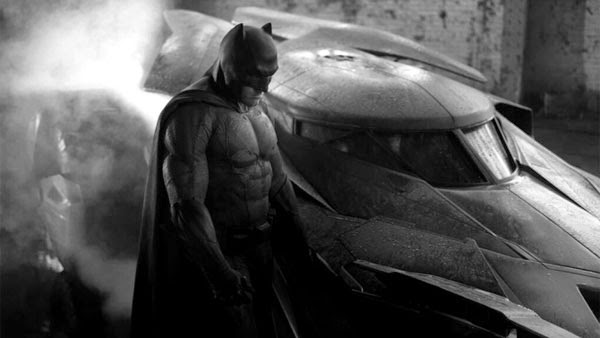 So far, all we’ve seen are some grimy shots of Batfleck in the Batsuit along what appears to be the latest incarnation of the Batmobile. In this case, we’re all in the same boat as we wait to see if this daredevil (cough! cough!) can deliver as the Caped Crusader.

We hope you’ve enjoyed this walk down memory lane with Pittsburgh Underground’s celebration of 75 Years of  Batman. Here's to fighting the good fight, striking fear in the criminals everywhere, and another 75 years to come!