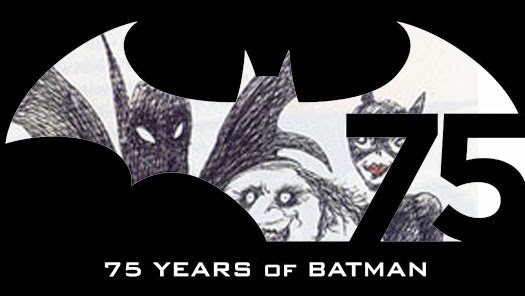 Welcome to Day 4 of Batman Week here at Pittsburgh Underground and our continuing celebration of Batman's 75th Anniversary.  Toward the end of the 1980’s we finally see the Batman go from his dark origins of the 1940’s, to campy clown of the 1960’s, and then back to dark avenger once more. Then the unthinkable happens. The Dark Knight returns to Hollywood in Tim Burton’s Batman, released in 1989.

Now granted, this was not the first time Batman hit the big screen - although he did have his outing in the 1966 version, Batman: The Movie with Adam West, he also starred in his own continuing serial in 1943 with Lewis Wilson as Batman and Douglas Croft as Robin. If you thought the 1966 version was campy, the 1943 version was just plain goofy. To say die hard fans had been waiting patiently for a ‘true’ version of their favorite crime fighter would be an understatement.

In 1988, fans of the comics were both excited and then instantly livid as well known comedic actor, Michael Keaton, (also a Pittsburgh native) was cast as the Batman. People freaked out - seriously freaked out. Batman was only greenlit after the success of 1988’s Beetlejuice, also directed by Burton, but having Mr. Mom as the Dark Knight led true fans to the conclusion that we were going to get a Caped Crusader reminiscent of the Adam West camp of the 1960’s - the taint that modern day writers of the extended mythology had so desperately tried to remove from the Batman pantheon. 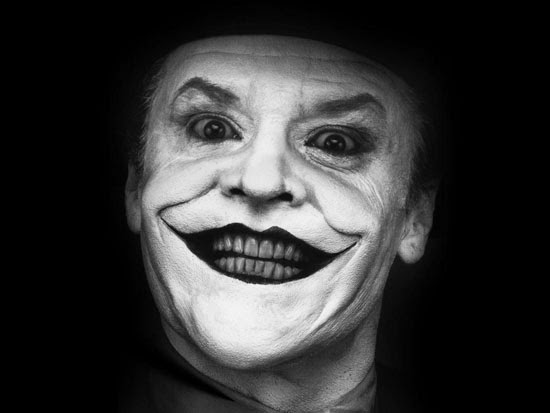 It wasn’t until Jack Nicholson was cast as the Joker that bat signals finally lit up and fans eagerly awaited June 23, 1989 - the release date of summer’s biggest blockbuster in movie history (up to that point). With the now iconic score written by Oingo Boingo frontman Danny Elfman, the movie written by Sam Hamm was as dark as true fans were hoping for. It immediately inspired Bruce Timm’s Batman: The Animated Series and ushered in the DC Animated Universe as we know it today. It also set the bar for super hero movie genre. Inspired by the great Batman stories of the modern age: Batman: The Killing Joke, Batman: Year One, Batman: The Dark Knight Returns - it was the one that started it all grossing $43.6 million it’s first weekend with a combined total for both foreign and domestic at a whooping $411.35 million.

Granted, was Tim Burton’s Batman perfect. Not by a long shot. Some bits irritated the lot of us - the Joker shooting Bruce Wayne’s parents (WRONG - it was two-bit thug Joe Chill), letting Vicki Vale into the Batcave (insert eyeroll here - this would have been Alfred’s last day as trusted confidant), the Joker dying at the end of the movie  (WRONG - the Joker always appears to die in some kind of extravagant way, but Batman would never actually let something like this happen to ANYONE - goes against the Batman code of NO KILLING), let alone Prince’s laughable soundtrack (WTF moment then and now). However, Anton Fursts designs for Gotham, the Batmobile, the Batsuit, and Batwing were second to none and ushered in the darkness that Batman had been missing from within the mainstream for so long (which now feels almost second nature - how far we’ve come!). 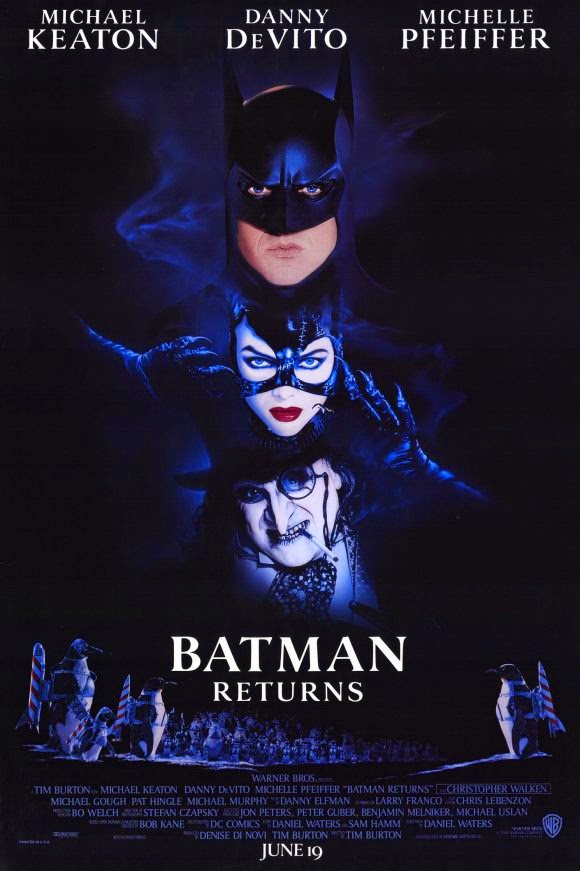 Tim Burton’s Batman and the equally well received Batman Returns (which had the BEST version of both Penguin and Catwoman on screen ever portrayed by Danny DeVito and Michelle Pfeiffer) was very important in Batman’s history. Just like Two-Face’s double headed coin, it left us with both a good and bad side of the Batman.

Let’s talk about the bad first, namely the infamous greedy hack Joel Schumacher and the train wreck’s that were Batman Forever and Batman and Robin, returning the franchise (and practically killing it) to it’s campy roots of the 1960’s. I for one still want my money back for both of these films and if I ever meet Schumacher - he’s getting a punch in the throat!

Now the good - Bruce Timm and Paul Dini’s Emmy award winning series, Batman: The Animated Series which took the character’s to all new heights, allowing the writers to create original stories and comic book adaptations that no Bat-fan had ever seen before. Taking many design queues from Tim Burton / Anton Furst's vision of Batman (dark-deco as it was coined), the animated series not only had an incredibly distinct style which became the watermark that all of the animated DC Universe would adopt (Batman Beyond, Justice League, Justice League Unlimited, Superman: The Animated Series, & the theatrical release of Batman: Mask of the Phantasm), but also allowed all characters, both virtuous and villainous, well known and not, from Batman comics to shine for the first time: Dr. Leslie Thompkins, Detective Harvey Bullock, Man-Bat, The Ventriloquist, Ra’s al Ghul & his daughter Talia, Victor Zsasz, Professor Hugo Strange, Poison Ivy, and yes - even the Clock King. 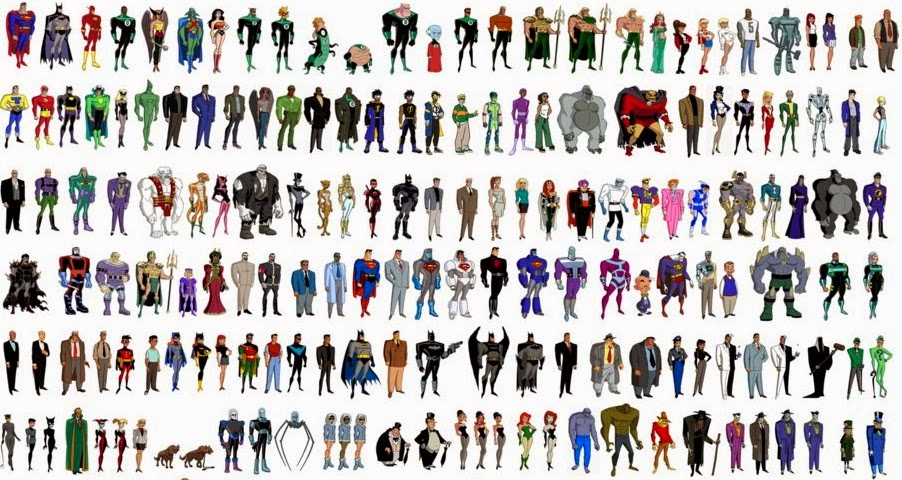 We also witnessed legends in the making, namely, the crown jewel in the voice acting cast from Luke Skywalker himself, Mark Hamill. Playing the Clown Prince of Crime, The Joker and his manic, mid-Atlantic accent that has become synonymous with the character and has not been matched since. 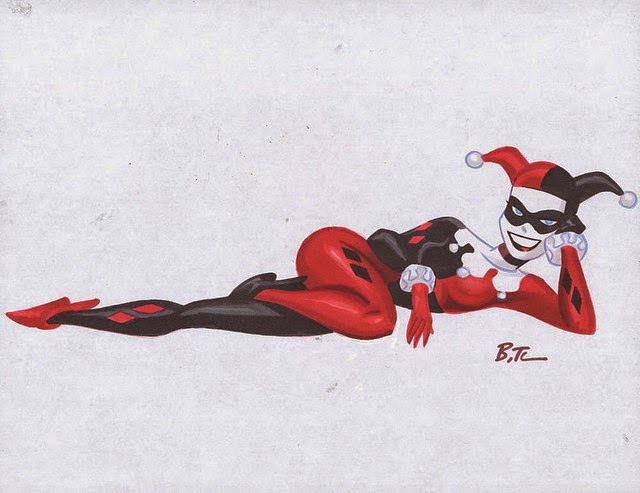 The Joker also nabbed a girlfriend, created especially for the series by Paul Dini and Bruce Timm in the beautifully crazy Harley Quinn (voiced by the ever amazing Arleen Sorkin) who has become part of the Batman cannon in the process. The best of the best came in the form of Batman himself, voiced by the one and only Kevin Conroy, or as most know him, the ONLY actor worthy of the role. Using two distinct voices to play both Bruce Wayne and The Batman, Conroy made it his own, playing the role longer than any actor in Batman’s history.