Movies That Have Everything: Zombo Presents... Gumnaam TONIGHT at Hollywood Theater!!! 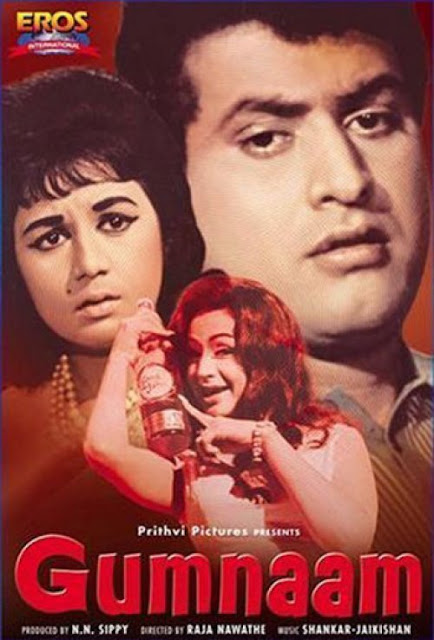 At 8PM tonight at the Hollywood Theater (1449 Potomac Avenue, Dormont, PA / 412-563-0368),
our old pal DJ Zombo from WRCT-FM 88.3 Radio welcomes the world beat disco sounds of King Fez in the lobby at 8 p.m. and a screening of the Indian suspense thriller Gumnaam at 9. Check out this swinging trailer kids!

In this 1965 movie, an evening at a nightclub goes terribly wrong for a group of seven young people after they are told they have won the night's dance contest and are instructed to board a small plane that will take them to their prize holiday. Instead, they end up stranded on a small island with one of the plane's co-pilots. In search of shelter, the eight go to a mansion where they meet a sinister-looking butler who announces that he knows all them and has been expecting their arrival. After a few musical numbers, castaways begin dropping dead one by one. Who could the killer be, and will any of them escape his grasp?

Come on out and support the Hollywood Theater today!!! All the fun is only $7 at the door. Hope to see you there!!!
Posted by Pittsburgh Underground at 11:30 AM