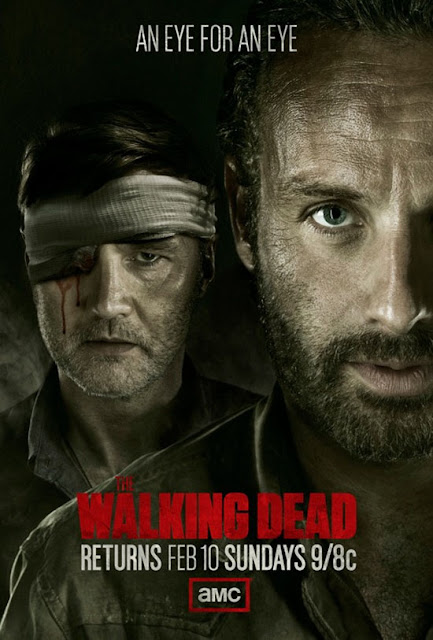 Time to wake the dead once again kids! This Sunday night at 9pm, The Walking Dead / Season 3 returns with a vengeance as team Grimes vs. team Governor picks up where we left off way back at the beginning last December.  Check out this sneak peak as the story continues...

CLICK HERE TO CONTINUE TO
THE WALKING DEAD SEASON 3 RETURNS... 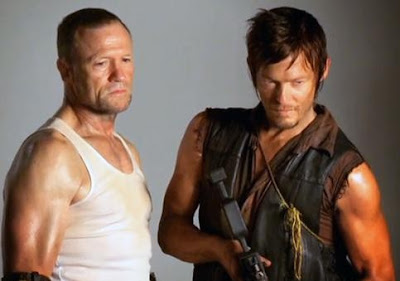 "Made to Suffer", the mid-season finale left us with the pot bubbling over as reunited brothers, Merle and Daryl Dixon (Michael Rooker & Norman Reedus) being forced into a human dog fighting match at the hands of an incredibly pissed off Governor (David Morrissey) after having his zombie daughter, Penny (Kylie Szymanski) and his eye taken by fan favorite Michonne (Danai Gurira) in an all out crash and bash mano-a-mano style. 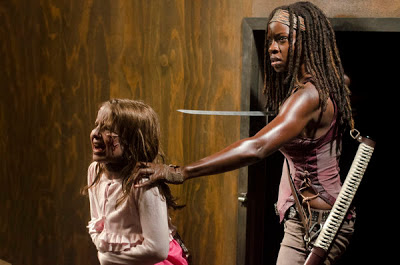 Of course, those weren't the only juicy bits that AMC left us in December - we also got our first glimpse of one of The Walking Dead more notable characters from the comics in somewhat of a late entry into the series - the one time NFL football hero, Tyreese (Chad L. Coleman). 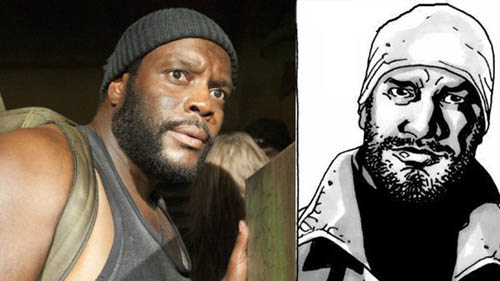 For those of you not familiar with the comic book, Tyreese became a central character in the book upon Shane's imminent demise, becoming Rick's right hand man and Michonne's main squeeze - at least until a final moment between the Governor and Rick. However, with Tyreese's late entry into the television series along with the many liberties that the writers of the television show have taken, it's anybody's guess as to how they will fit this long awaited character into the mix.

One of the biggest surprises to this season was the exit of showrunner, Glen Mazzara as executive producer on the show. Mazzara replaced show creator Frank Darabont after season 1 in another very sketchy move by AMC (note, this makes 2 executive producers ousted in less than 18 months from one of AMC's hottest properties).

In an article published in January 2013 by the Hollywood Reporter, several insiders confirm that Robert Kirkman, whose detailed graphic novels form the basis of the series, is "very proprietary," as one puts it. One adds, "I believe Robert wants to maintain a certain amount of his control, and AMC needs Robert for the fan base." But despite the vitriol, some sources involved with Walking Dead say Kirkman was one of several producers on the show who had issues with Mazzara and his vision.

Pittsburgh Underground has it's own fanboy predictions as the show continues this Sunday. Let's face it - there have been a lot of modifications from comic to television. For example, Rick's hand should have been taken by now and gobbled up by zombie-Penny before she became a shish kebob at the hands of Michonne. However, with that comic book moment implausible given the setup of the first half of season 1 and the 'eye for an eye' poster taunting us for more Walking Dead, we maybe talking about a good old fashioned eye gouge for Rick (who knows, maybe even for Karl given more recent events from the comic books).

We'll all find out what's in store when The Walking Dead Season 3.2 premieres this Sunday on AMC at 9PM with a FULL HOUR of the always entertaining Chris Hardwick and Talking Dead at 10PM with special guests Kevin Smith (Clerks, Mall Rats, Comic Book Men) & Steven Yuen (or as you may know him, Glenn from the series).

With that said, check out this trailer for the continuation of The Walking Dead, Season 3.

The Walking Dead Season 3 - The Return / AMC
Posted by Pittsburgh Underground at 11:30 AM