Movies That Have Everything Preview: A Good Day To Die Hard 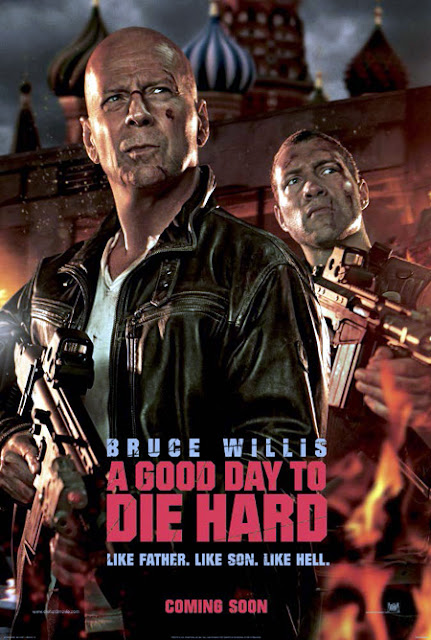 Yippie-Ki-Yay Mother Fuckers!!! That's right gang - it's the BEST Valentine's Day gift EVER!!! It's our old pal and best cop of the force, John McClane (Bruce Willis) teaming up with his little boy all grown up, Jack McClane (Jai Courtney) in a all out, whizz-bang, smash and crash adventure taking place in a brand new locale for the McClane's, Mother Russia in A Good Day To Die Hard!!!

This time, John's out to help out his estranged sonny-boy, although completely unaware that Jack is really a highly trained CIA operative out to stop a nuclear weapons heist - evidently the apple doesn't fall too far from the tree. Check out the trailer!

Also reappearing this round is John's tough as nails daughter Lucy (Mary Elizabeth Winstead), who did a fantastic job in Live Free of Die Hard back in 2007. Granted no Mrs.McClane, aka Holly Gennaro McClane (Bonnie Bedelia) who hasn't been seen since Die Hard II back in 1990, much less heard from (via phone argument) since Die Hard With A Vengeance back in 1995. Geez! All John McClane did was save her life not once, but TWICE within this franchise - lousy ingrate! Who knows, maybe Johnny will find a nice Russian girl that will appreciate our hero the way Ms. Gennaro never could. 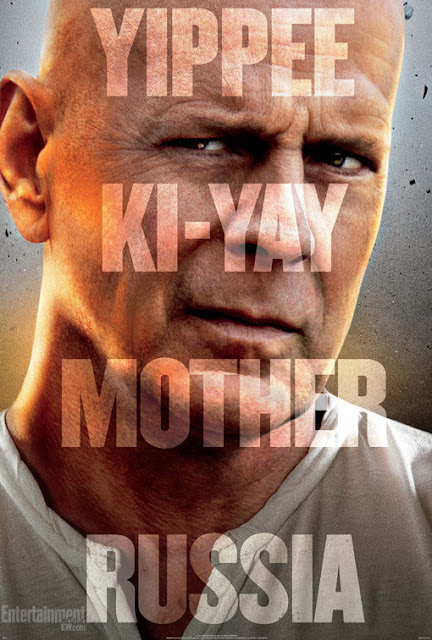 A Good Day To Die Hard starts TODAY so get nab your dream date and get your ass to a theater near you for all the awesome that is DIE HARD!!!