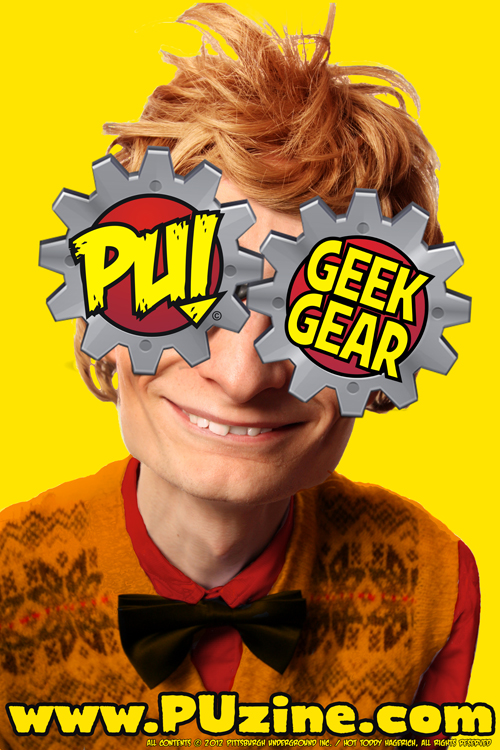 Wholey Moley! It's been a while Pittsburgh Underground visited our Geek Gear section, but with the holiday's over and impending gift certificates from Amazon burning a hole in our pockets, we thought it might be fun to share some or our more random searches!

That's right kids - when you type random words in Amazon's search engine you might be surprised at some of the goofy stuff that people are trying to pawn off on the rest of the world. Check these treasures that we found floating at the bottom of the bin! 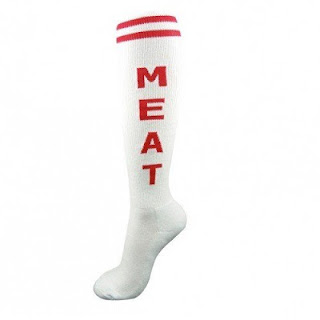 Upon typing in the word 'bacon' into Amazon's search engine, not only did we get a plethera of bacon related products to shuffle through (bacon mints, bacon salt, bacon bandaids, etc), but also meat-related products.

The one that stood out amongst the crowd was the MEAT SOCK. That's right gang - tube socks with the word MEAT sewn into the weave in big red letters. What can we say other than AWESOME!!!

Buy these socks and start your own intrimural volleyball team named the MeatBallers, or maybe you just want everyone to know what's really on your mind while you mow the grass this year - MEAT socks will definitely set you appart from your friends (espeically if you have sweat pants to go with
them that say 'Juicy' sprawled across your pooper!).
Check the other awesome sock-o-grams at the
Official Gumball Poodle Website!

PU LOVES PUDDING!  This time we were curious to see
if anyone had the lofty goals of becoming an internet
pudding baron by using Amazon to sell their wares. 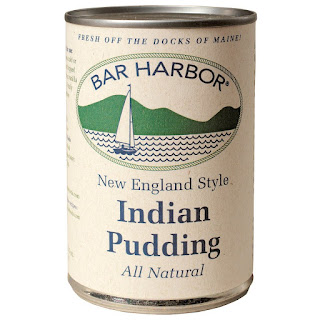 It turns out that Bar Harbor Foods is one such company that would like to bring New England Indian Pudding to your dinner table via the internet. At first we thought this might be an Asian Indian product,but were surprised to find that this is a traditional American product also known more famously as 'hasty pudding' as mentioned in this verse of 'Yankey Doodle'.

Fath'r and I went down to camp
Along with Captain Goodin',
And there we saw the men and boys
As thick as hasty puddin'

An elaborate form of hasty pudding made from milk, cornmeal, molasses, cinnamon, ground ginger, butter, raisins, and nuts usually served with ice cream. SOLD!!! Anyone who can perform that type of
alchemy to create such a tasty treat will get their well
earned pudding money from PU! PU searched another random word that has been in everyone's vocabulary since you were just a baby: doody.

What we found was a game that no family should be without. The Doody Head Velcro Cap Poo Flinging Game by Jumpin' Banana.

Strap the velcro bonnet on your noggin' and then throw plush poop at your opponent - The opponent to stick the most crap to his buddies head wins. Not only is this game genius, but it exploits our primal urge to get in touch with our own brown bomber! 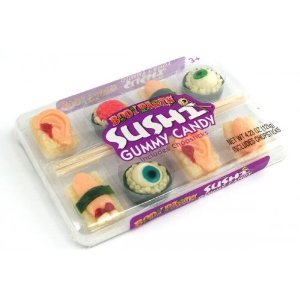 Mmm... combining our two favorite things here at Pittsburgh Underground is never a small order. In doing a quick search on 'body parts' we were pleased to find Body Parts Gummy Sushi Candy by Frankford Candy.

First of all, who doesn't love gummy candy? Nothing like sinking your fangs into the soft fleshy sweetness that is gummy, let alone buy doing it to various body parts presented to us as one of our favorite foods - sushi! Eyesballs, ears, nose, and of course finger (food)! It even comes with it's own set of chopsticks!

Our old pal Dead Zed Zombie is drooling and giving us the stink eye to get him some - we think you should too!

As you can probably tell by the last few Amazon searches,
eventually entering in 'WTF' was inevitable. 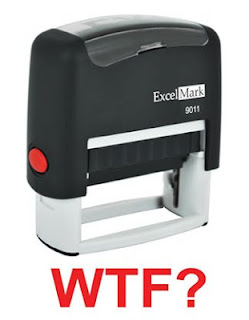 The only problem that Pittsburgh Underground sees with this item is that we would most likely run out of ink on the first day since practically EVERYTHING we would come into contact with would get tagged. Job submittals, bad artwork, stupid people, everything on network tv, our taxes going up, you name it - it would get branded with a giant 'WTF' along with a free smile. To our knowlege this is the first 'office product' that Pittsburgh Underground has ever featured on our website and most likely the last.

Now this version of the ExcelMark 9011 stamp is actually a customizable stamp meaning you can have whatever phrase you so desire printed on them from various companies found on the internet. We have no idea if Ideal Rubber Stamps were the folks that had this great idea and are just pawning off their stock, but regardless - every 'WTF' idea deserves a great big 'WTF' right back - our congrats on this one!