PU It Stinks!: Back In The Saddle Again... 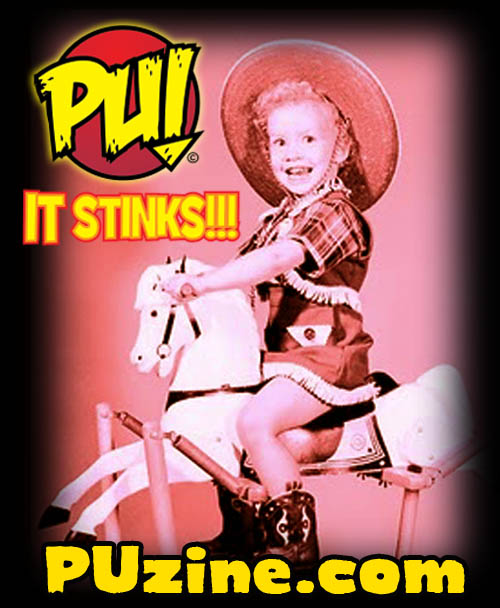 Greetings gang! For those of you who have been tuning in during the holiday season and wondering to yourself, "I wonder what PU is up to?" the answer is simple - we were hibernating for the holidays (and blissfully so).

On the eve of returning back to what feels like a yearly prison sentence (or as you might know it as - the grind) I can't help but reminisce over the last two weeks (which would have been three if not for the defective way New Year's Day fell on the calendar this year - bloody Mayans!) with an almost sentimental bow of sadness as it finally comes to an end.

Two fun filled weeks in which the phone was off, human contact was limited to friends and family and most of my time was spent sleeping, playing video games, viewing Bluray extras, watching full television series on Netflix, reading comic books, and basically acting like a 13 year old. It in a word - heaven...

Tomorrow begins the next 365 days of... well.. the next 365 days. Justifying your existence at your menial job, ridiculously high car bills, nerve wracking medical issues, those 'in the way people' interrupting ever breath that comes out of your body along with all your time being picked away from you every second of throughout the year - an entire cavalcade of award winning fun that reality loves to smack you over the head with around every corner.

Well, never fear gang! Your pals here at Pittsburgh Underground get it and will be here to help soften the impending uncertainties of 2013. Stay tuned all year long for more delicious diversions, devilish departures, and dumbed-down digressions! We're all in this together kids and as always...