Announcement: Save the Chapel Event at The Hollywood Theater This Saturday!

Hey all you boys and ghouls! This Saturday at the Hollywood Theater in Dormont, there will be a special screening of the original Night of the Living Dead to benefit the Evans City Cemetery Chapel (yes, the very same that appears in the classic zombie flick!) this Saturday starting at 2:30 PM for $6.00 a patron.

Helmed by, Gary Streiner in the hope to restore the Evans City Cemetery Chapel by raising the dead (along with raising funds with the help of Night of the Living Dead fans).

The structure, which appears in the opening scene of George Romero’s iconic horror movie that was filmed in and around the town and cemetery, has fallen into a state of disrepair and was slated for demolition last fall. Streiner appealed to the Evans City Cemetery Association for a chance to save this piece of cinematic history and was given a one year deadline to raise approximately $50,000 to cover the cost of restoration. 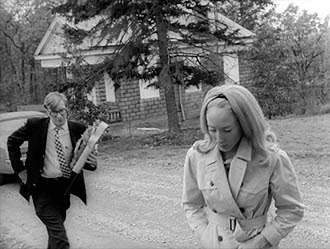 Evan City Chapel, circa 1967 / Night of the Living Dead

In 1967, Streiner was working at The Latent Image together with George Romero and his brother, Russell Streiner, in Pittsburgh when production began on the landmark film in which he was one of the original ten investors and owners. In 2008 and 2009, Streiner organized Living Dead festivals in Evans City which attracted the largest reunion of cast and crew to date, as well as fans from as far away as France. 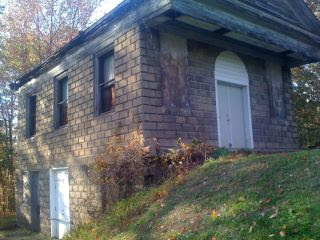 Streiner has leveraged the popularity of the film and the festivals and harnessed the power of the internet to bring together Living Dead fans to help with this monumental task. Grassroots fundraising activities include donations and merchandise sales through a dedicated web site (www.fixthechapel.com) and online auctions, as well as raising awareness at horror conventions and via social networks such as Facebook and YouTube. Approximately $12,000 has been raised to date. 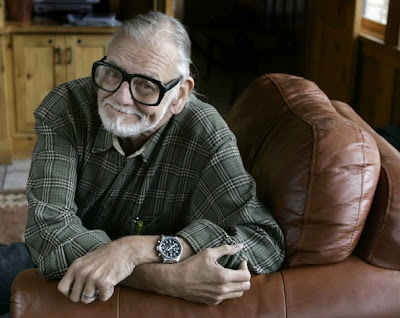 The special screening of Night of the Living Dead, which will coincide with a Facebook-based effort to have 1 million people watching the film at the same time to celebrate George Romero's birthday will take place at 2:30 PM, with the film screening at 4 PM. Admission is $6 and all proceeds benefit Fix The Chapel.

In addition to the film, there will be a silent auction, appearances by Mr. Gary Streiner and original cast member Ella Mae Smith and others to be announced, plus merchandise for sale such as t-shirts and for the first time actual pieces of the chapel (great for collectors!).

So if your a fan of this classic piece of horror, George Romaro, zombies, and movie memorabilia, get to the Hollywood Theater this Saturday for the fun! Hope to see you there!
Posted by Pittsburgh Underground at 11:30 AM