Movies That Have Everything: Iconic Zombie Actor, Bill Hinzman is DEAD 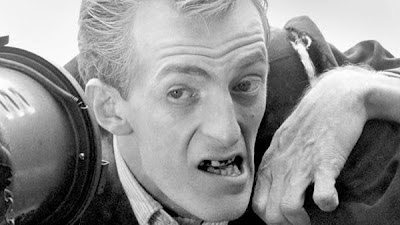 Bill Hinzman, number one zombie in George Romaro's classic, Night of the Living Dead died in his Pennsylvania home on Sunday of cancer.

His big break came while working on the flick as assistant cameraman when Mr. Romaro himself asked him to play the first zombie to appear in the movie - quiet possibly, the proto-zombie for which all zombie's would emulate hence forth. 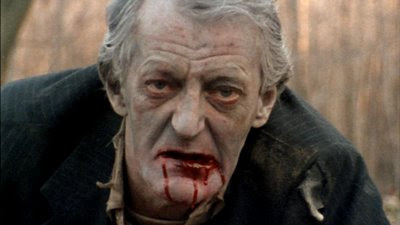 His daughter, Heidi Hinzman stated that her father wished to be cremated, joking that if buried he would ultimately 'come back'.

Producer Russ Streiner, who appeared opposite Hinzman, as Johnny (their coming to get you Barbra...) in the movie recalled how Bill was cast in the famous role: "We'd like to tell the story that it was a hard audition session but Bill was there and old enough and thin enough and he had an old suit." 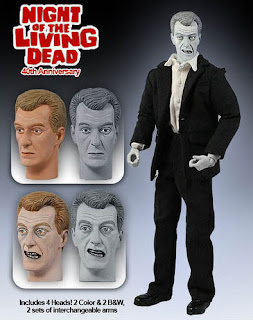 Got $250 Pigs? If so, the Bill Hinzman action figure could be yours!

In the 1968 movie, Hinzman is seen appearing at Evans City Cemetery,  attacking Streiner and Judith O'Dea (Barbra), playing the two young siblings at the start of the movie. Streiner, in full zombie mode, cracks Steiner's head against a tombstone and then proceeds to chase O'Dea to the iconic farmhouse. 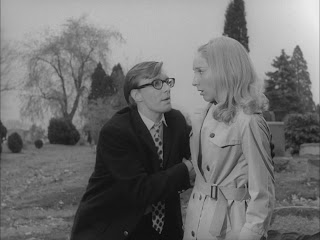 Hinzman went on to direct and star in the 1980s horror films The Majorettes and Flesheater (check out the trailers below!). He even has his own limited edition action figure!

Hinzman, will be missed. He was iconic as the movie he first debuted in and will be missed, let alone a native son of Pennsylvania. Rest in peace sweet zombie.

Posted by Pittsburgh Underground at 6:34 PM