Movies That Have Everything: Creature From The Black Lagoon At The Hollywood Theater THIS WEEK!!! 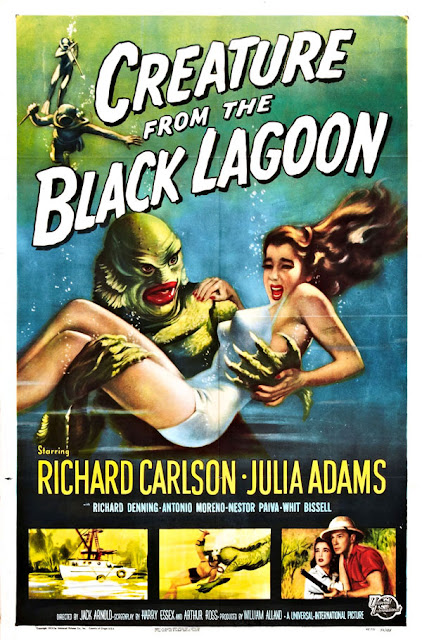 Greetings to all our scary and scaly! Our good friends at The Hollywood Theater in Dormont, PA have the dish on the fish as they unleash another classic horror film out of the vaults for you to soak in! For two nights only comes 1954 extravaganza, Creature From The Black Lagoon! 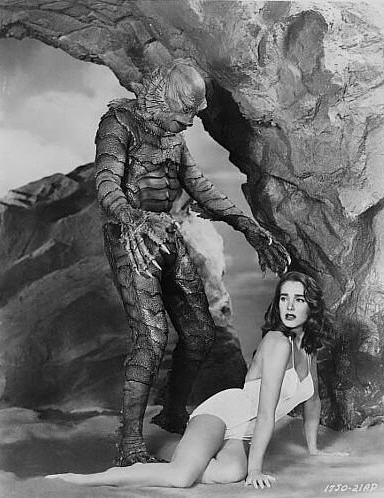 Julie Adams with The Creature (ah... yet another reason to love sea food!)


Starting tonight at 7 PM and again 9:30 PM along with a final showing on Thursday at 7 PM you can see the creep from the deep in all his fish-tacular glory! Starring Richard Carlson and Julie Adams (grrrrowl!!!) along with  Ricou Browning and Ben Chapman respectively in the title role as the creature, this old-school extravaganza is sure to float your boat! Take a look at the trailer below!

Creature From The Black Lagoon (1954 Trailer)

Remember! Creature from the Black Lagoon at the Hollywood Theater plays tonight and tomorrow sink or swim, so don't flounder in your own juices - get to the Hollywood tonight!!!
Posted by Pittsburgh Underground at 11:30 AM