Movies That Have Everything: Ant-Man and the Wasp STARTS FRIDAY!!! 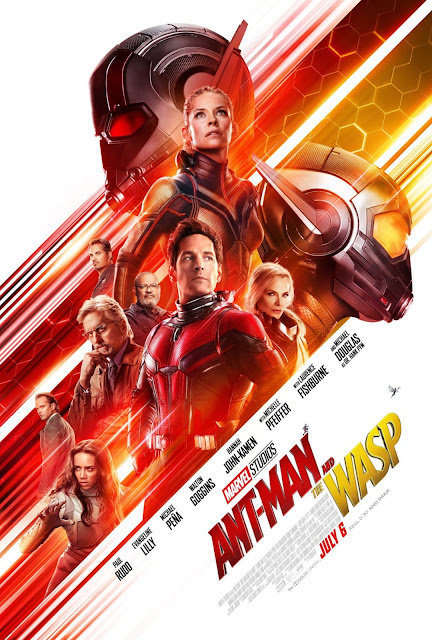 We’ve made it through another way-to-hot week and luckily we have an excuse to hide in a cool theater this weekend as Ant-man and the Wasp hit the big screen this Friday! Check out the trailer below.

To say Ant-man and the Wasp are two of our favorite heroes in the MCU would be an understatement. They surprised everyone in 2015 with their first breakout hit and the fun continues in this followup as Scott Lang / Ant-man (Paul Rudd) and Hope Van Dyne / Wasp (Evangeline Lilly) team up with original Ant-man Hank Pym (Michael Douglas) two years after the events of Captain America: Civil War.

Things aren’t going well for Scott Lang or his team as he’s now under house arrest after helping Captain America fight Iron Man and his band of misguided heroes during the events of Civil War. To make matters worse, Hank and Hope are both in hiding as they conduct further experiments into the quantum realm in an attempt to find Hope’s mom and original Wasp, Janet Van Dyne (Michelle Pfeiffer) who had gone missing after shrinking to subatomic levels in a team up with Hank Pym years prior to the events of both Ant-man movies. 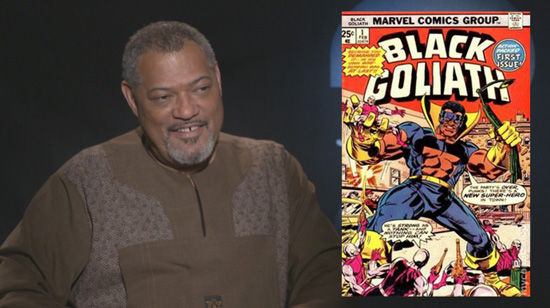 New to the series is Laurence Fishburne who plays one of Hank’s old colleagues Dr. Bill Foster or as some would know him in the comics, Black Goliath aka Giant-Man along with new gender-bending take on villain the Ghost portrayed by Hannah John-Kamen. 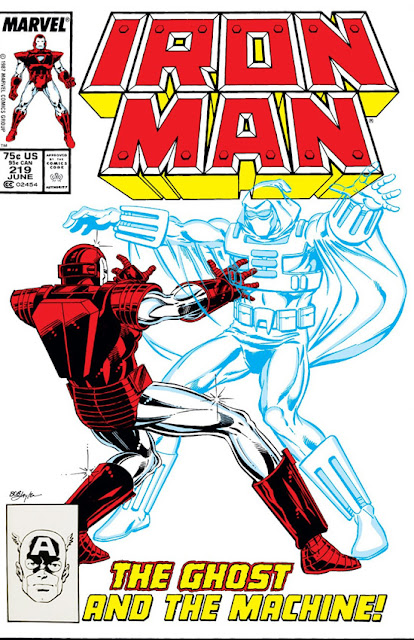 Although in the Ghost in the comics (created by David Michelinie and Bob Layton for Iron Man #219 back in June of 1987) was always portrayed as a mysterious male figure, the movie's creative team didn’t feel that the character’s gender was relevant to his/her portrayal since no ‘identity’ is ever revealed in the books. 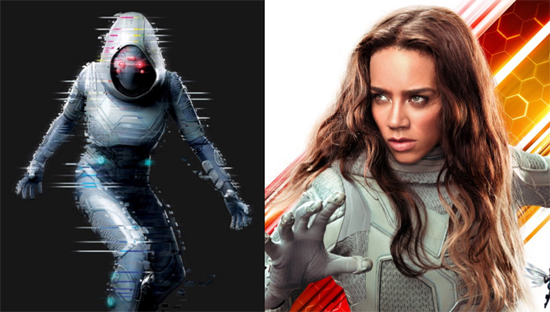 Hannah John-Kamen as The Ghost

What is know about the Ghost is that the character created a battlesuit that would allow him to turn himself or any object he touches invisible or intangible (just not at the same time). Also known as an expert computer hacker, the Ghost is a formidable foe in the comics, but in this version is considered a ‘villain’ because her attempts at survival clash with those of our heroes. As to what those goals are is yet to be seen (and since we want to be a surprised as you we aren’t hunting down spoilers either).

So if you can’t take the heat fly to your local theater to cool down for a hot adventure as Ant-Man and the Wasp continues the fun this Friday!
Posted by Pittsburgh Underground at 11:30 AM