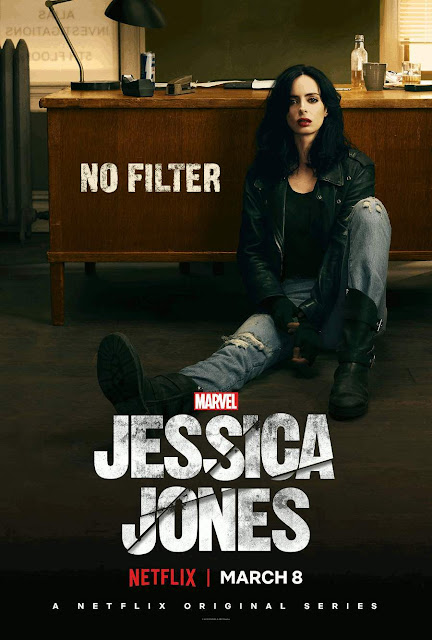 Greetings gang! Can you believe it’s been two years since Jessica Jones debuted on Netflix? Fans of the show need not wait any longer as Jessica Jones Season 2 starts premieres tomorrow on Netflix, coinciding with International Women’s Day. Check out the trailer below!

As Krysten Ritter returns as Jessica Jones, she'll face some consequences after murdering her tormentor, Kilgrave (David Tennant) in season one. Now known as a ‘super powered killer’, a new case comes along that will make her reluctantly confront who she really is while digging deeper into her past to explore the reasons why. 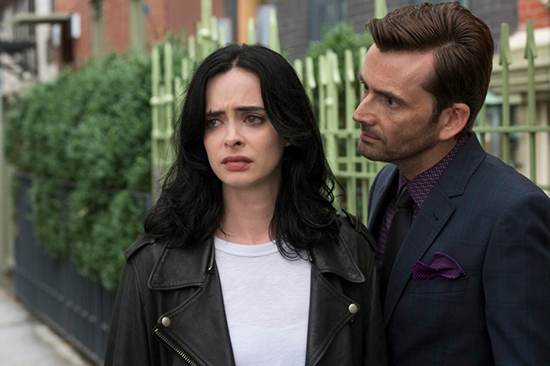 If that isn’t cryptic enough, what’s even more surprising is that rumors are that Kilgrave will be back in some form this season (which Marvel has been keeping under wraps for some time now) as shown in a few leaked photos of Ritter and Tennant on the set of season 2.

Luckily, all of our questions will be answered tomorrow with the binge-worthy return of Jessica Jones Season 2 on Netflix! Stay tuned!
Posted by Pittsburgh Underground at 11:30 AM