Movies That Have Everything: Marvels Black Panther Starts TODAY!!! 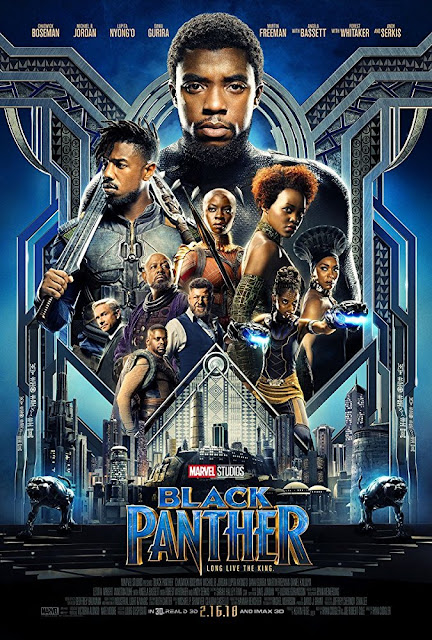 Greetings loyal viewers and happy 2018. After a long hiatus we’re back and just in time as the superhero movie season starts ridiculously early this year with Marvel’s Black Panther leaping into theaters TODAY! Check out the trailer below!

If you haven’t noticed, there has been a lot of hype for this movie for a lot of good reasons. Although mainstream media keeps toting it as ‘the first black superhero movie’ they would be wrong (somewhere Wesley Snipes is sitting in his armchair asking, “doesn’t anyone remember me in Marvel’s Blade, Blade 2, or Blade 3?). Semantics aside, Black Panther, is a seminal movie for pop culture as it does spotlight a predominantly African American cast along with director Ryan Coogler who also shares writing duties with Joe Robert Cole. 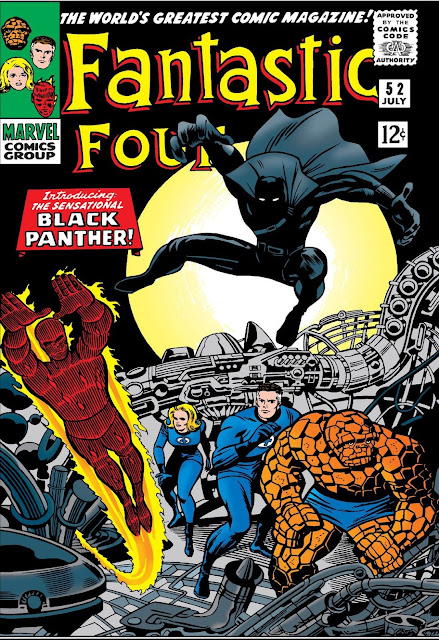 Based on the comic created by legends Stan Lee and Jack Kirby who introduced Black Panther and the fictional kingdom of Wakanda to mainstream audiences in Fantastic Four #52 back in 1966. He also starred in what was considered to be one of Marvel’s first graphic novels appearing in the Jungle Action series back in 1972. He got his own book in 1977 and has in guest starred in numerous Marvel titles over the years including joining the Avengers as one of their rotating members. 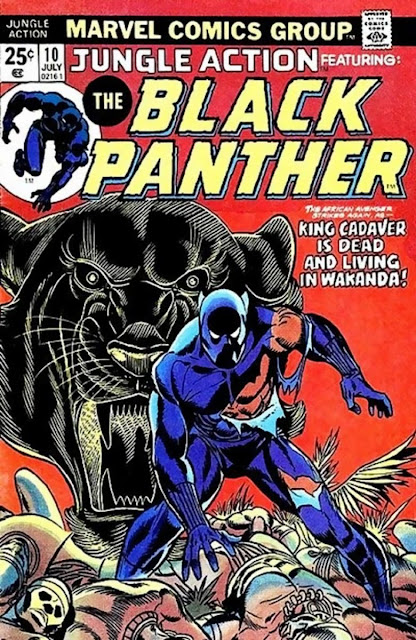 The new movie stars Chadwick Boseman as King T’Challa who takes on the Black Panther mantel that has been handed down from father to son for generations.  After the events that take place in Captain America: Civil War, King T'Challa returns home to the reclusive, technologically advanced African nation of Wakanda (home to the world’s biggest supply of ‘vibranium’, the metal used to make Captain America’s shield) to serve as his country's new leader. However, T'Challa soon finds that he is challenged for the throne from factions within his own country. When two foes conspire to destroy Wakanda, the hero known as Black Panther must team up with C.I.A. agent Everett K. Ross and members of the Dora Milaje, Wakandan special forces, to prevent Wakanda from being dragged into a world war.

The women of Wakanda take a central role in this movie as they did in the comics as King T’Challa’s protectors known as the Dora Milaje. The all female special forces unit serve as his bodyguards that includes  leader Okoye (the Walking Dead’s Danai Gurira) heading up the team, his former partner Nakia (Lupita Nyong’o), his 16 year old sister Shuri (Lititia Wright) who is not only a princess, but also head of technology for Wakanda. Rounding out the cast is T-Challa’s mother, Queen Ramonda (Angela Bassett), Zuri (Forest Whitaker), M’Baku (Winston Duke), W”Kabi (Daniel Kaluuya), Everett K. Ross (Martin Freeman), and Ulysses Klaue (played by the always awesome Andy Serkis) returns as our villain.