Movies That Have Everything: Blade Runner 2049 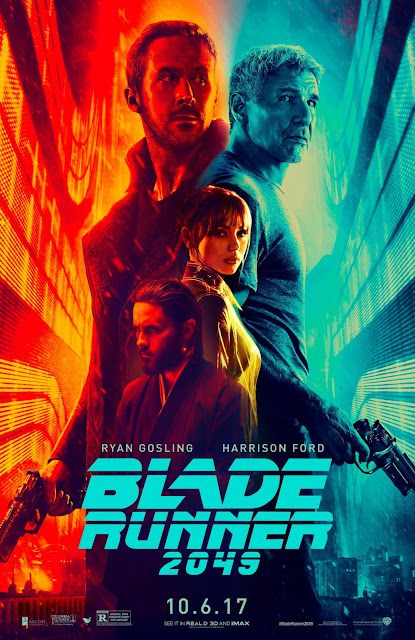 It only took 35 years, but the future is NOW! Blade Runner 2049 finally graces the silver screen TODAY!!! Check out the amazing trailer below!

The gang here at good ol’ PU were preteens when we snuck into Ridley Scott’s original Blade Runner back in 1982 (our first R rated scifi extravaganza!) with a very young Harrison Ford in the title role of Blade Runner Rick Deckard as he hunted four murderous replicants who return to earth in search of their creator only to barely escape with his the replicant love of his life, Rachael (Sean Young).

Fast forward to 2049 as the story focuses on new Blade Runner, Agent K (Ryan Gosling) who’s discovery of a long buried secret that puts him on a path in search of the infamous Rick Deckard (Harrison Ford) who’s been missing for 30 years.

Blade Runner was and still is one of our favorite science fiction movies from one of the best eras in movie history as the 1980’s brought us the invention of the classic summer blockbuster.  Blade Runner was originally released just as Harrison Ford was celebrating his success in Star Wars: The Empire Strikes Back, with Star Wars: Return of the Jedi being released only one year after his stint as the replicant hunter, Rick Deckard. Although Blade Runner was never considered a huge hit in theaters when it was first released in theaters, the advent of videotape made it a success and the cult classic that it is today.

So far, the word on the street is that Blade Runner 2049 might possibly be even better than the original (we’ll have to see that with our own eyes to believe it)!  We can’t wait to finally have the answers that us original Blade Runner fans have wanted to know for years - most specifically, what happened to Rick and Rachael after their daring escape together into the unknown future. Blade Runner 2049 hits theaters and IMAX today!