Movies That Have Everything: For The Love of Spock OPENS TODAY!!! 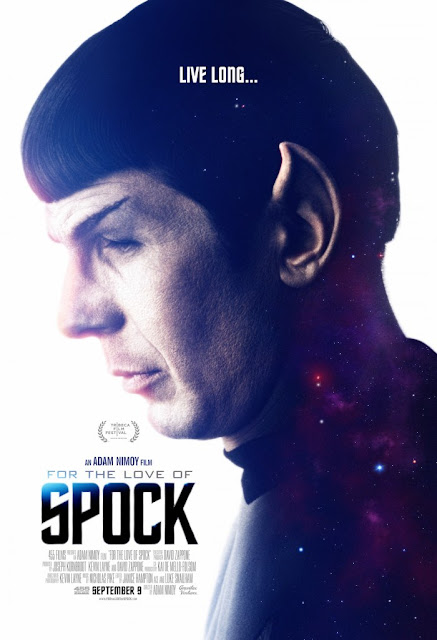 Greetings and Happy Anniversary to Star Trek as it's celebrating it's 50th Anniversary this month! What better way to start the fun than For The Love of Spock which opens today (running through September 14th) at the Hollywood Theater (1449 Potomac Ave, Pittsburgh, PA 15216 / (412) 563-0368). Check out the trailer below!


This one-of-a-kind documentary is sure to unite trekkies worldwide, For The Love of Spock tells the life of Star Trek’s Mr. Spock and the actor who played him, Leonard Nimoy, for nearly fifty years.

The film’s focus began as a celebration of the fifty-year anniversary of Star Trek: The Original Series, but after Leonard passed away in February 2015, his son, director Adam Nimoy, was ready to tell another story: his personal experience growing up with Leonard and Spock. Adam not only shares details on the creation, evolution, and universal impact of Mr. Spock, but also about the ups and downs of being the son of a TV icon.

For The Love Of Spock is laden with never-before-seen footage and interviews of friends, family and colleagues that include William Shatner and the original Star Trek cast, Zachary Quinto and the new crew of the Starship Enterprise, filmmaker JJ Abrams and astrophysicist Neil deGrasse Tyson.

The Love of Spock opens today at the Hollywood Theater in Dormont, PA and runs through September 14th. Check out their schedule as it changes daily. Live long and prosper!
Posted by Pittsburgh Underground at 11:30 AM