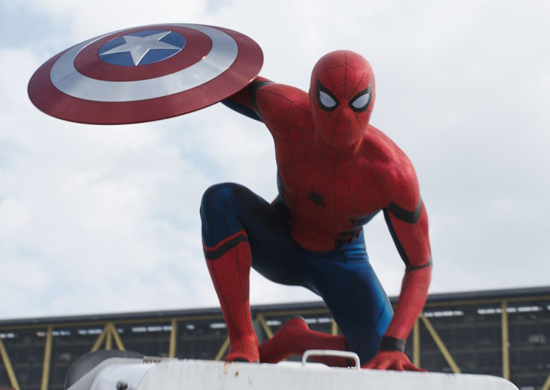 Check this out true-believers! It's Spidey in the latest Captain America: Civil War trailer!!!

We have a little bit of a wait to see this flick (May 6th to be precise), but WOW!!! Check out Tom Holland as Spider-man! It was confirmed a while ago that Spidey would be joining the MCU with Captain America : Civil War (based off the Marvel Comic series from 2007), but WOW!

To have Spidey back where he belongs is a fanboys dream come true and the gang here at Pittsburgh Underground is completely geeking out over it!

For those who didn't think it was possible due to Sony Pictures owning the rights to the character (with The Amazing Spider-Man 2 being the last picture under the Sony banner), all that changed due to a combination of lack-luster box office receipts and the 2014 Sony hack from North Korea (I guess there's a silver lining in everything!)

Keep tuned to PU for more news on Spidey, the MCU, and all the latest and greatest as we move full steam ahead into the 2016 spring / summer movie season!

Captain America: Civil War will be in theaters this May 6, 2016!
Posted by Pittsburgh Underground at 11:30 AM