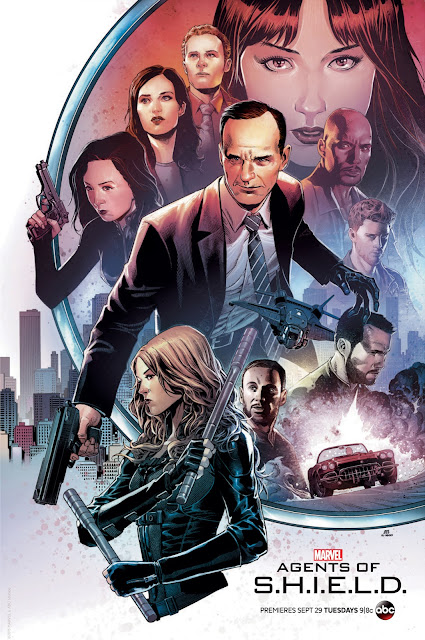 One of our favorite shows starts tonight at 8PM on ABC - Marvels Agents of S.H.I.E.L.D. / Season 3. Check out the trailer below:

Looks like our old pal Sky has finally accepted that she's actually Daisy Johnson aka Quake (from Inhumans lore - a big part of season 3). Coulson is in need of a new arm (his got lopped off in order to save his life last season), we still don't know what happened to Simmons (who got swallowed up by the big black goo), and what the hell is that beastie at the end of the trailer (maybe Raina?).

We talked a bit about the upcoming S.H.I.E.L.D. season in our PU Podcast / Episode 2 - 2015 Fall TV Preview (at the 14:10 mark) and can't wait to go on new adventures with Agent Coulson and the entire gang! The fun starts tonight on ABC at 8pm!

BONUS! Check out the cast of Marvels Agents of SHIELD at the 2015 San Diego Comicon panel!

Agents of SHIELD / 2015 San Diego Comicon Panel
(courtesy of Flicks and the City)
Posted by Pittsburgh Underground at 11:30 AM