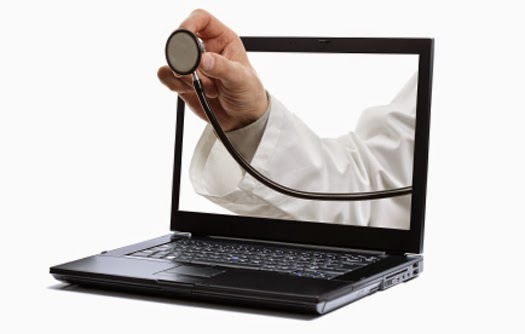 Most of us have a love / hate relationship with our technology. We love it when it works and hate it when it doesn’t. I consider myself a fairly high end user - always with a computer buzzing whether it’s laptop, a desktop, or a smart phone I always seem to have a machine on and humming in the background.

The jewel in my cyber crown has been my Alienware Aurora that I purchased way back 2010 (what most of your IT professionals would consider ‘ancient’ by tech standards). It’s been my lifeline for gaming, illustration, creating short movies, music, photography, and of course everything you see on this website. For better or worse, my computer has helped sate my creative and entertainment cravings for the last five years. 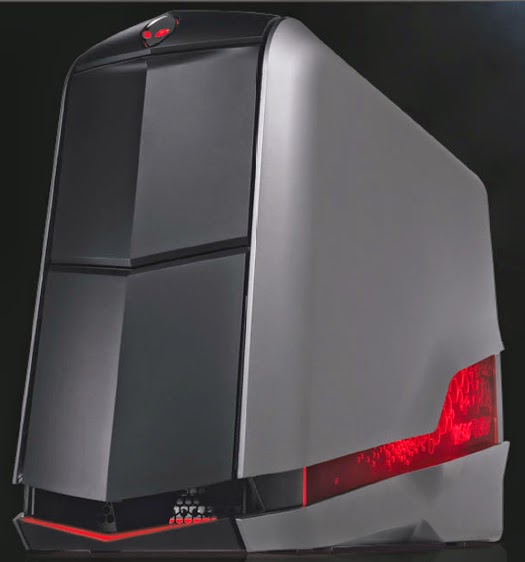 And so it should. Alienware machines are not cheap (they fall anywhere between the $15,000 to $5,000 range). You also get what you pay for and I’ve always been of the mindset that if you buy big you won’t need to buy often. However, most of us know that with technology that isn’t necessarily true and something is always bound to need replaced or repaired along the way. Such was the case of my poor Aurora.

The Black Screen of DOOM!!!
About two years ago I started getting the dreaded black screen of doom. Turn on the machine in anticipation of being productive only to have the screen go black five to ten minutes after getting into a heady project. This resulted in having to do a hard boot - that thing where you hold the power button for 30 seconds in order to force the machine into an off state, then hold the reset button on the back of the machine for 30 seconds while unplugged for another 30 seconds in the hopes of clearing any errors. Not the best method and merely a band aid in order to make the machine run.

Being well out of warranty, my first option was to contact Dell (who has owned Alienware since 2006). For $240.00 a year, Alienware owners can join the Dell Concierge Service, whom in turn would send you to six different people to make sure that you had the service first (otherwise they would refuse to speak with you) only to be shuffled to their call center in Costa Rica where the solution (or canned response) was to have one of their tech’s wipe your machine and reconfigure the operating system from the ground up (I know because they did this with me three times over the course of 2 years). Initially fixing the issue, the black screen of doom would always find it’s way back to my machine without warning even after turning off Windows updates and keeping only the bare minimum of software on the machine. In otherwords, my Aurora was turning into a brick.

The Desk Doctors to the Rescue!!!
Eventually, the black screen of doom kept rearing it’s ugly head on my machine. After doing some diagnostic tests it turned out my main drive containing all my programs was failing (after the first black out I decided to put important files on an external drive with redundant bluray backups just in case). Not wanting to deal with Dell for a fourth time (and knowing that their only solution would be to reinstall everything from scratch), I jumped on the net to see if I could find a local computer repair service that made house calls and wouldn't bankrupt me at the same time. Especially, because like so many other people, I was not in the market to be buying a new computer no matter how much I needed one.

After a little research I found a very unassuming and straight forward website called The Desk Doctors, Computer Repair and IT Consulting. They stated that for a flat rate (which was easy to find on their website) that they would come to the house, check out the machine, and then repair the issue.

At first it sounded too good to be true. We don’t live in a day and age where too many businesses make house calls of any kind, let alone have the transparency and fairness of price when it comes to what they charge. I took a leap of faith and gave the owner, Ray Delien a call.

This family owned business has been around since 2009 when Ray took his own leap of faith, leaving his demanding job as an IT professional in order to give him the flexibility to balance his work / family life. At The Desk Doctors Official Website, the state that they not only have low flat rates, but they also do not have diagnosis fees - in otherwords, they don’t charge you to find out what is wrong with your computer and then leave you hanging. The easy to navigate website shows all the services and prices as if you were looking at a dinner menu. Remote support is $25.00. New computer setup is $75.00. Hardware repair is $90.00 and so on.

Ray dropped by right before Easter weekend around 11am, was super friendly and put me at ease immediately. After taking a quick look at the machine and diagnosing that it did in fact need a new harddrive, he unplugged everything and assured me that he would resurrect my poor Aurora Alienware and make sure that the black screen of doom was a thing of the past (the black screens being symptomatic of a failing harddrive, not a software issue as Dell had 'diagnosed'). I assured him that there was no hurry and appreciated him dropping by so quickly.

Inevitably, I did have some separation anxiety from my computer though I was assured by one of my work colleagues (who like me, is a power user working in video production) that he had also used the Desk Doctors who had pulled them out of a jam more than once, resurrecting his machines like modern day Doctor Frankenstiens. Again, I was immediately put at ease.

The following week I got a call from Ray saying that he was not only able to upgrade my drive from a 1.5 terabyte to a 2.0 terabyte drive and reinstall windows, but was also to navigate around my older, corrupted drive in order to create an image of all of my programs without issue. This ment that I did not have to spend countless hours reinstalling program after program, download after download. Everything worked perfectly from my anti-virus software to my MMORPG’s that can sometimes take weeks to download and update. Even my bookmarks from Chrome worked perfectly and al for the incredibly low price of $230.00. Not only was this ten dollars cheaper than the substandard Dell Concierge Service, but I also did not have to spend hours on the phone with a tech in Costa Rica for a band aid fix. Ray Delien from Desk Doctors did the impossible - he breathed life back into an old friend and she works like new again.

That said, not only would I recommend The Desk Doctors for all your home and small business needs, but I would put them on your speed dial (1-800-518-6219). Ray was great - not only did he fix the machine, but he also stuck around to make sure everything worked without issue before he left. This kind of hands on service is rare in this day of the ‘remote support only’ that the larger IT companies charge hourly for. That and being a locally owned family business means that quality is their mantra and it shows. I couldn’t be happier that I found them and will be using The Desk Doctors anytime my Alienware has those occasional hiccups.

The Desk Doctors are Microsoft Certified, part of the Pittsburgh Technology Council, have techs that have been in the biz for 10 years, have low flat fees, and make house calls. Quiet frankly, you won’t find better support for your computing issues within the Pittsburgh area. They can be contacted at 1-800-518-6219 or directly through Ray’s email at rdelien@thedeskdoctors.com .

Additionally, more information on all of their great services can be found on the Official Desk Doctors Website or in our own Pittsburgh Links section under 'Pittsburgh Cyber'.
Posted by Hot Toddy at 11:30 AM