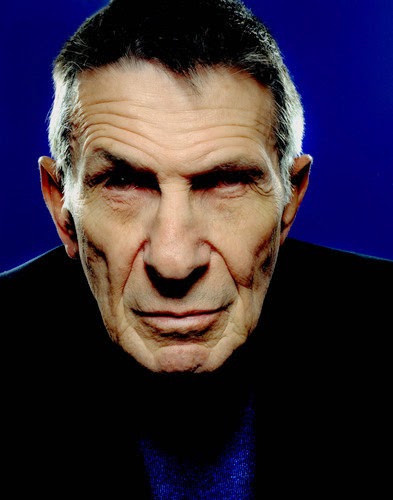 Leonard Nimoy has passed. The sad news came Friday morning from his home in the Bel Air section of Los Angeles. He was 83. Confirmed by his wife Susan Bay Nimoy, saying the cause was end-stage chronic obstructive pulmonary disease.

Mr. Nimoy announced that he had the disease last year, attributing it to years of smoking, a habit he had given up three decades earlier. He had been hospitalized earlier in the week.

An artist, a poet, a photographer, and a musician (who could ever forget the Ballad of Bilbo Baggins!), his talents were vast and his legend gigantic, bringing us one of the most beloved characters in science fiction history to life in the form of Star Trek’s Mr. Spock. The words ‘live long and prosper; will forever echo in our minds as we remember this great artist in years to come.
Posted by Pittsburgh Underground at 11:30 AM