Movies That Have Everything: Sin City / A Dame To Kill For 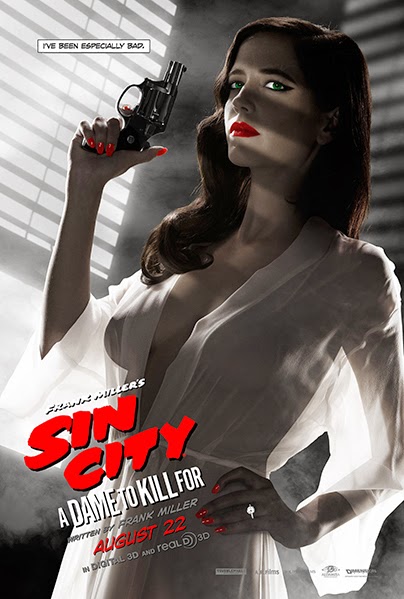 Avert Your Eyes! It's the Sin City 2 "Banned' Poster!

Well it’s finally here! The last big one of the summer movie season starts today - Sin City: A Dame To Kill For. This sequel to the original Sin City is again directed by comic book legend Frank Miller (Ronin, The Dark Knight Returns, 300) and one of our favorite directors, Robert Rodriguez (Grindhouse, From Dusk Till Dawn, Machete). Check out the RED BAND trailer!

This time we have two of Miller’s classic stories (Just Another Saturday Night and A Dame To Kill For) interwoven with two new original stories (The Long Bad Night and Nancy’s Last Dance) for this latest entry into the Sin City cinematic universe.

We even get some new faces including Christopher Lloyd, Stacey Keach, Ray Liotta, Joseph Gordon-Levitt, Eva Green, and even Lady Gaga. 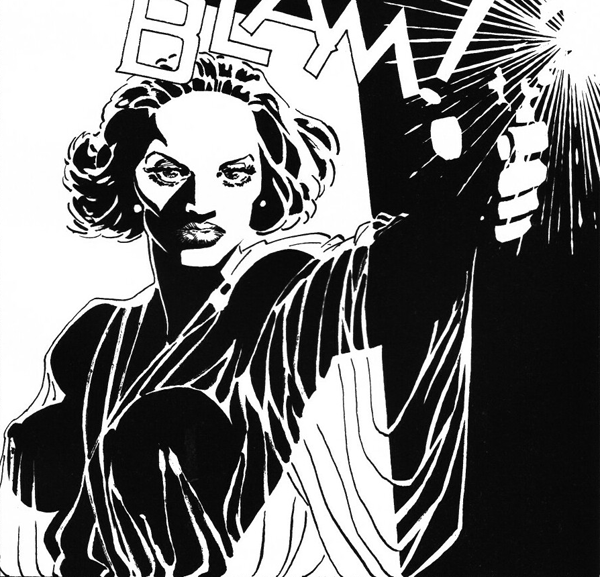 The original Sin City was a huge deal back in 2005 as it showed the world that comic books could be used not only as springboards for mere adaptations for stories, but also as one to one storyboards to create what Robert Rodriguez called a ‘translation’ from one media (comics) to another (film).

This also marked the first time that a comic book illustrator/writer was utilized as a co-director on a major motion picture, something that the Directors Guild of America had a complete hissy-fit over. The weak argument was made that Miller, not having any prior directorial experience before Sin City, could not be credited along with Rodriguez as an ‘established’ team regardless that the two had directed the entire movie together (along with Quintin Tarantino who had guest directorial duties, directing one scene in the film).

The drama doesn’t end there. Above is the ‘banned’ poster (well, banned by the MPAA) featuring Eva Green that was deemed ‘too sexy’ (insert eyeroll here). Eva Green was asked about her thoughts on the poster and stated:

“I'm not actually naked on the poster... I find it a bit odd. It seems like it's all just publicity--a lot of noise for nothing. You have so many more violent things in the movie business and this is kind of soft. I'm not naked. It's suggested. I find it really sexy, actually. It's kind of beautiful. But if it shocks people, I don't know what to do about it. I don't want to upset anybody. I don't want to be seen as just the femme fatale or put into some silly box. I hope that people will have enough imagination.”

The gang at Pittsburgh Underground loved the poster and yes, find all the hoopla surrounding everything Sin City just another silly attempt to jab at the team of Miller and Rodriguez who won’t ‘play by the rules’ (again - go team!).

When wonderful things happen in the face of convention, one can only hope that the winning streak continues for the world of Sin City, both in comic book and film form. Sin City: A Dame To Kill For, starts today at your local theater and as always, the stories can be picked up in your local comic book shop.
Posted by Pittsburgh Underground at 8:00 AM