Movies That Have Everything: Dawn of the Planet of the Apes 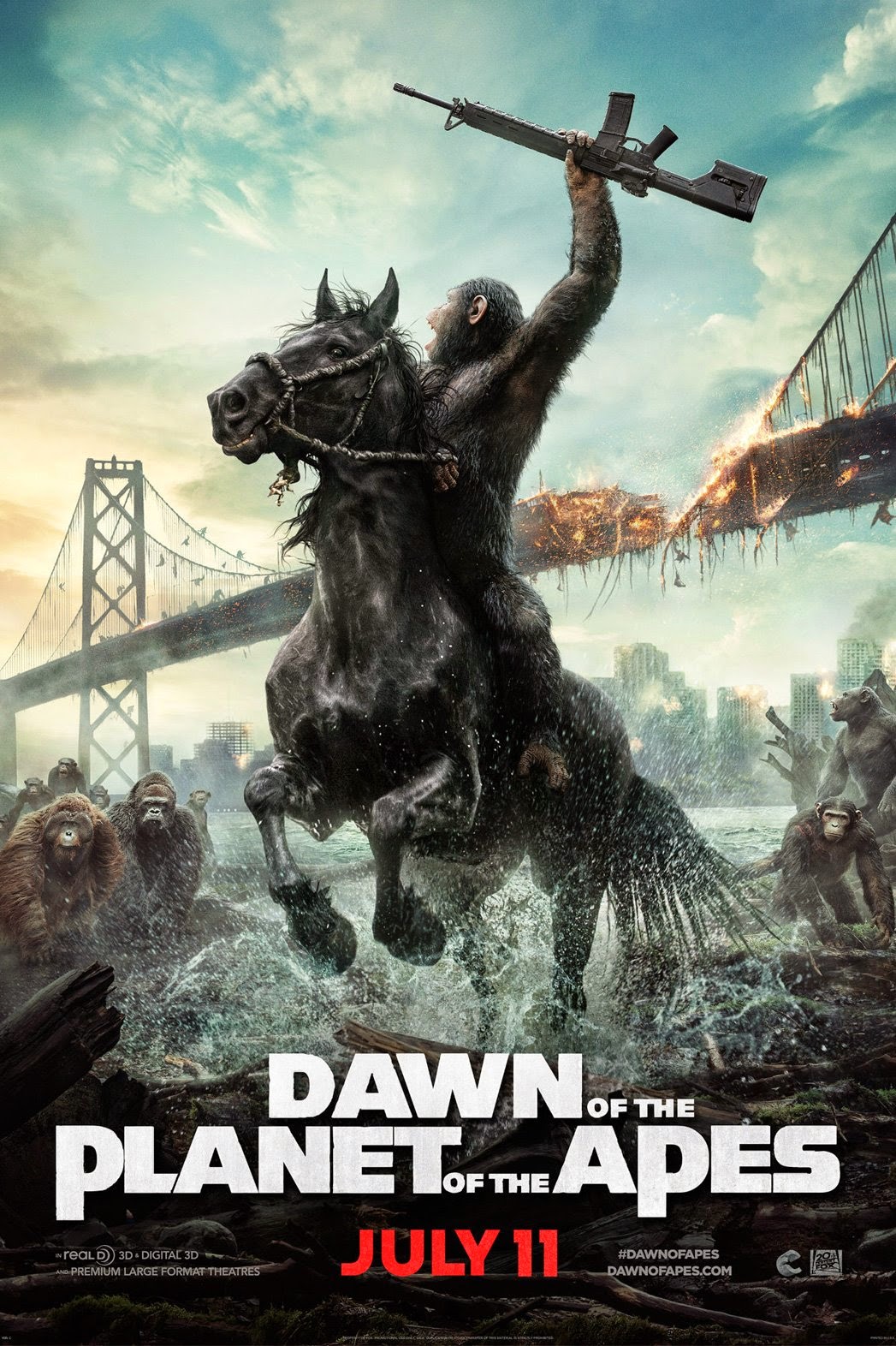 It’s Friday once more and with that comes a movie release the entire Pittsburgh Underground gang has been completely ape shit crazy to see! Dawn of the Planet of the Apes!!! Check out the trailer!

Staring the one of the most talented actors of our day, Andy Serkis (in the role of apes leader Caesar) along with the cast of doomed humans, Jason Clarke, Gary Oldman, and Keri Russell, the story takes place nearly a decade after the Rise of the Planet of the Apes ended where the virus that evolved ape-kind has nearly destroyed the human race. Now, a short lived peace between monkey and man is about to crumble with the dominant species climbing to the top of the food chain.

We can't say enough about the awesome Andy Serkis who's motion capture performances have elevated what some consider to be merely a technological achievement into a true art form. From Gollum in the Lord of the Rings / The Hobbit films and now with Caesar, Mr. Serkis has become a pioneer in the field, creating his own motion capture house called Imaginarium Studios. Check out this Wall Street Journal interview featuring Andy Serkis courtesy of the  WSJ Digital Network.

The very talented, Matt Reeves has taken on directorial duties this time around, proving incredibly capable to many sci-fi / horror aficionados with past credits including both the monster hit Cloverfield (about a giant monster) and Let Me In (the haunting remake of the Swedish vampire yarn, Let the Right One In). Coincidentally, he's also worked with Keri Russell in the past as well, being the creator of the TV show Felicity.

The gang at good ol’ PU has been waiting patiently for this one all summer and have high hopes that the franchise ushers in the return of our intrepid astronauts from the original plot whom, as we learned in Rise of the Planet of the Apes, were currently lost in space.

All this from an unassuming French sci-fi novel from 1963, entitled La Planète des singes, by Pierre Boulle (who also penned, Bridge on the River Kwai) that turned into the loosely based franchise that we all know and love from 1968 starring gun nut and red sea parter, Charlton Heston. The first movie resulted in four sequels that followed, aping all they could from the original hit.

So swing over to your local theater and keep your hands off our popcorn you damn dirty... well, you know the rest. Dawn of the Planet of the Apes starts today at your local theater.
Posted by Pittsburgh Underground at 11:30 AM