Movies That Have Everything: Muppets Most Wanted 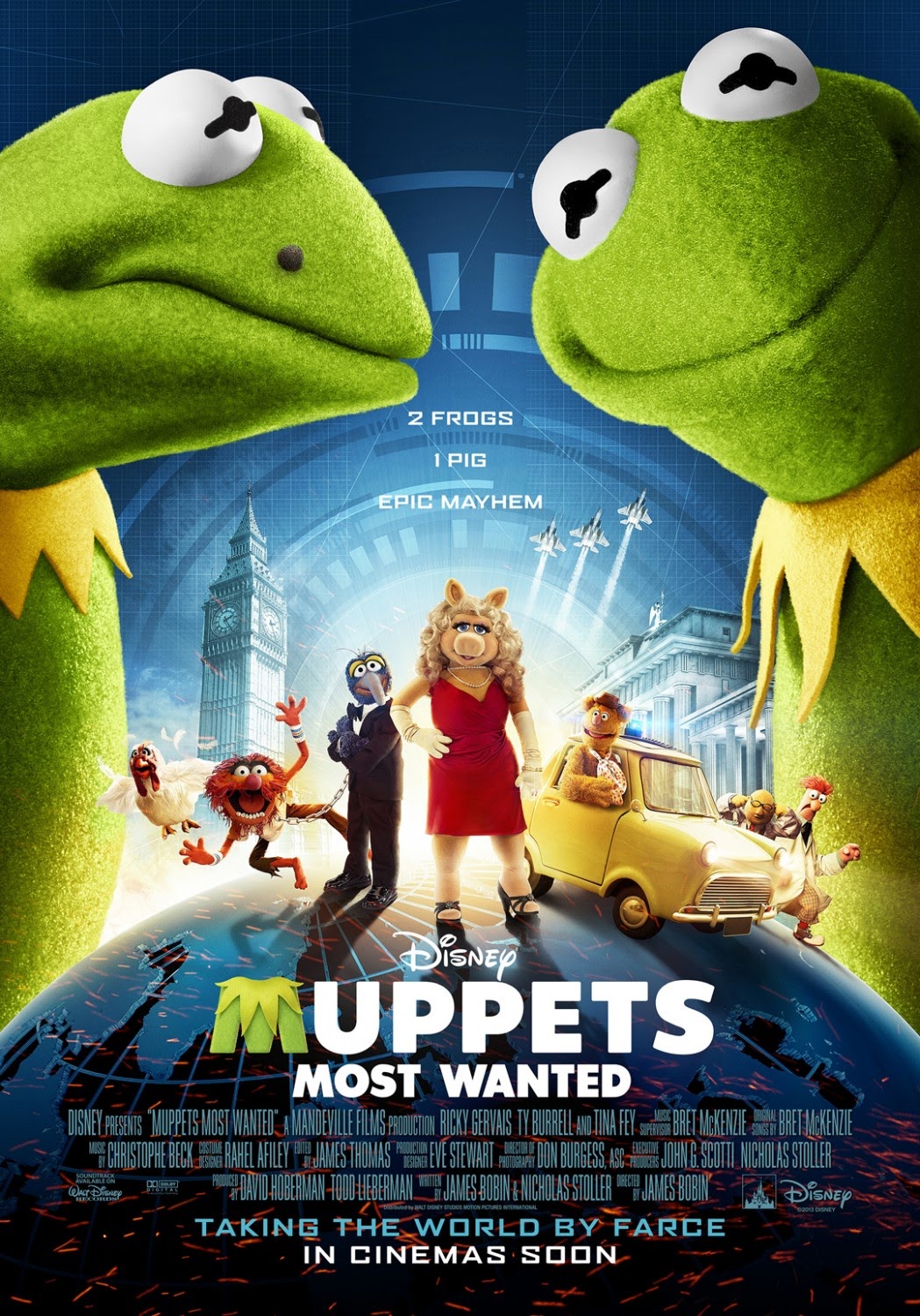 It’s time to play the music! It’s time to light the lights (and you know the rest)! Spring is in the air and our favorite group of weirdos are back again in Muppets Most Wanted directed by James Bobin (The Muppets, Flight of the Conchords), starting today at a local theater near you! Check out the trailer!

To say the gang at good ol’ PU is excited would be an understatement - not only is the gang going back to jolly old England (much like that of the original ‘Great Muppet Caper’), but across the globe as they find themselves in the midst of another jewel heist - this time at the hands of a Kermit imposter by the name of Constantine (performed by Matt Vogel who also takes the torch from the late, great Jerry Nelson performing some of his most memorial characters - Floyd Pepper, Robin, Lew Zealand, Camilla, Uncle Deadly and Crazy Harry).

This time the ‘human’ element is provided by non other than Ricky Gervais, Ty Burrell, and Tina Fey along with the a cavalcade of celebrity cameos including Salma Hayek, Toby Jones, Frank Langella, Rob Corddry, James McAloy, Chloë Grace Moretz, Danny Trejo, Zach Galifianakis, and even Christoph Waltz!

So grab some popcorn and get to your nearest balcony to ring in spring with Muppets Most Wanted!
Posted by Pittsburgh Underground at 11:30 AM