Movies That Have Everything: Creepy Christmas At The Hollywood Theater THIS SUNDAY!!! 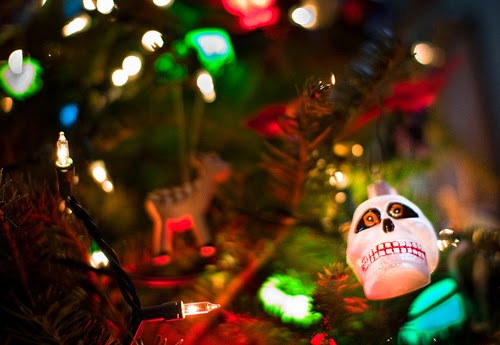 Well, the holidays have snuck up on us once again and are leaving teeth marks!!! This Sunday, December 8th, the gang from Horror Realm & The Hollywood Theater (1449 Potomac Ave, Dormont, PA) have a holiday treat for all you good (and bad) little horror fans!

4:30 PM - Santa Claus Conquers the Martians (1964) - hurray for Santy Claus! TV Guide says "This is, without exaggeration, one of the single worst films ever made, which hasn't prevented it from becoming a cult classic." Featuring a 10 year old Pia Zadora and Ralph the doorman from The Jeffersons.

Three sick Santa films for $10 (or $5 each). Tickets available at the door. This will be the last day of our holiday gift drive to benefit The Bradley Center so please consider bringing a new, unwrapped gift donation.
Posted by Pittsburgh Underground at 11:30 AM