Movies That Have Everything: 13 Hours of Horror At The Hollywood Theater THIS SATURDAY!!! 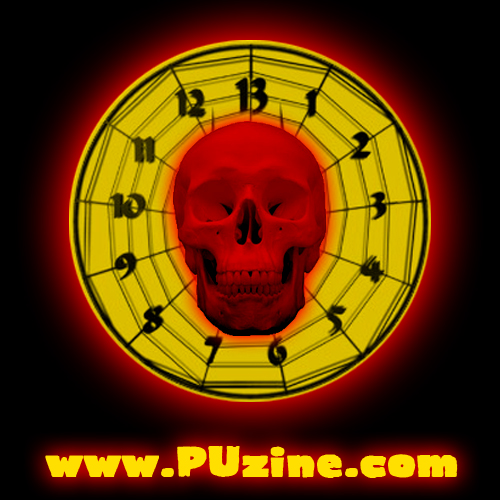 Join the gang at the Hollywood Theater (1449 Potomac Ave, Dormont, PA) for 13 Hours of Horror filled with Horror Classics and great Independent films.

We are excited to have 3 films from local Pittsburgh Filmmakers Toe Tag, Jeff Monahan, Dan Boyd and Tim Gross and one from Ohio, Henrique Couto.

The movies will begin at 11 AM and there will be Pizza for sale at the concession stand during the breaks.  Tickets for this event will be $13 for a pass to all movies or $5 per movie

CLICK HERE TO CONTINUE
TO SHOW SCHEDULE, SYNOPSIS, & TRAILERS FOR THE SHOW....

Here is the full schedule:

11:00AM to 12:30PM - Terror is a Man: A mad scientist transforms a panther into a man-like creature that escapes and goes on a murderous rampage.

12:30 to 1:50 - Asylum of Satan: A young woman is brought to an asylum to receive special treatment from a mysterious doctor. Dr. Spector does more than just run the hospital -- he offers his patients as sacrifices to Satan

2:00 to 3:30 - Mad Doctor of Blood Island: A man who loves to travel, travels to an island where a mad doctor is creating zombies.

3:30 to 4:50 - Big Ass Spider: A giant alien spider escapes from a military lab and rampage the city of Los Angeles. When a massive military strike fails, it is up to a team of scientists and one clever exterminator to kill the creature before the city is destroyed

5:00 to 6:20 - Babysitter Massacre: A group of young women teamed together in their youth to run a babysitting business, when one of their friends died suddenly the group fell apart. Now years later they are all going their separate ways as college approaches, but on Halloween night someone is torturing and killing every member of the babysitter club. *Independent film from Henrique Couto.*

6:20 to 7:20 - Jagoff Massacre: On a cold winter night in the Greenfield neighborhood of Pittsburgh, PA, two local drunks by the name of Chosky and Stutch run afoul of a group of inept satanists. As a chase ensues through Pittsburgh, blood will be shed! It's time to Red up Pittsburgh! *Pittsburgh Independent Film*

7:00 to 9:00 Corpsing: A woman creates a man from the bodies of the dead...and falls in love with him. *Pittsburgh Independent Film*

9:10 to 10:30 MaskHead: Maskhead tells the depraved tale of Syl and Maddie, a lesbian couple who produce extreme fetish and dark specialty movies. With the help of their sociopathic associate, The Cowboy, the ladies audition numerous up-and-coming talent to act in their top selling, stomach-turning fetish series: "MASKHEAD", which features a large man in a bizzare mask who tortures and kills his "co-stars" on camera. Everyone has a fetish. What's yours? * Pittsburgh Indpendent film from Toe Tag*

10:40 to Midnight - Fright Night 2: Charlie Brewster and Peter Vincent from the original Fright Night must face more vampires out for revenge. 1988 version