Tits For Telly: Breaking Bad vs. Dexter - Who Won? 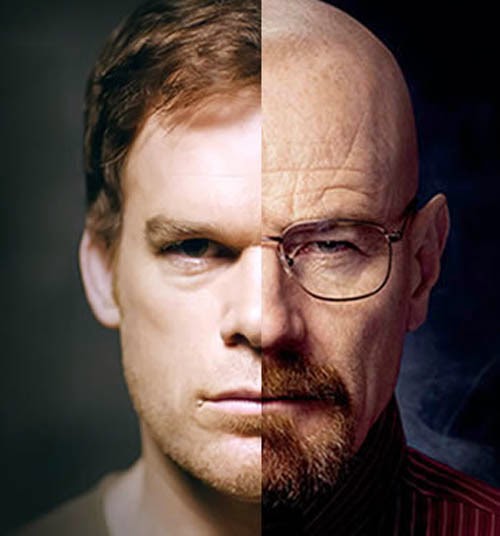 WARNING! This article contains spoilers for both Dexter and Breaking Bad! Continue at your own peril!


Well it’s the end of an era for television as two of my favorite series came to a close only a week between their final conclusions with Breaking Bad ending it’s five season run last night on AMC and Dexter it’s eight season run on Showtime last Sunday evening.

The biggest similarity between the two titles was their inclusion of the anti-hero as the main protagonist for each series: Dexter (portrayed by the always amazing Michael C. Hall), the Miami Metro blood splatter specialist who also moonlights as the Bay Harbor Butcher, killing killers who have slipped through the justice system and Walter White (played by the equally amazing Bryan Cranston) who embarks on the epic journey from repressed, lung cancer ridden chemistry teacher to sinister meth kingpin in an attempt to provide for his family long after his imminent demise.

Fans couldn't help but root for both of these characters throughout the years as both seemed to be one step ahead of the game, even at their bleakest of moments. Yes, these were not your traditional types of hero’s, however, it didn't take long for us to empathize with both characters and become emotionally invested in their stories.

With that said, how could things go so drastically wrong at the end for one character, yet feel so satisfying for the other? These are the questions that most likely will be pondered at length in any given television studies college course for years to come. I loved both the characters of Dexter Morgan and Walter White and as a fan of both shows it’s hard not to make comparisons in order to come to terms with what went right, and what went terribly wrong within the course of a week. Let’s begin with the similarities...


CLICK HERE TO CONTINUE TO
BREAKING BAD VS. DEXTER - WHO WON? 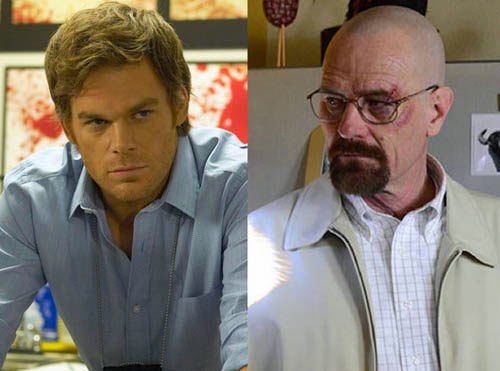 We've established that both Walter White and Dexter Morgan are anti-heroes (in other words, they don’t fit the traditional ‘mold’ of what one might consider a ‘hero’). Both had good intentions if not very unorthodox (and illegal) ways of solving their problems. Both characters were always one step ahead of the rest of the world (or so it seemed most of the time, barring a few stumbles along the way). Both characters had big egos which in turn allowed them to successfully pull of some of the most impossible of stunts only to land on their feet in terms of their own survival. Finally, both seemed to leave a trail of destruction in their wake, however that’s where most of the similarities between the two characters end and the comparisons between good writing and bad writing begins. 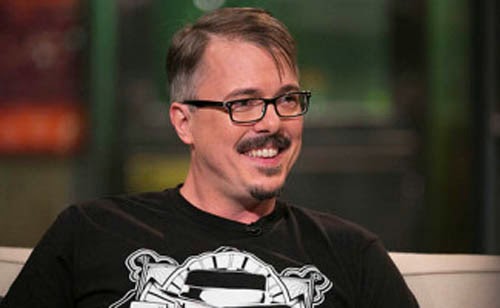 The only way to describe the writing for the final seasons for Breaking Bad and Dexter would be polar opposites. The writing team for Breaking Bad along with creator Vince Gillgan did not waste a single second throughout the final sixteen episodes (broken into two summers) wrapping up every loose end in it’s finale ‘Felina’. Not a single plot line was rushed or wasted with logical conclusions to each character, for better or worse. The fact is we all knew that Walter White was the cancer in this world - distorting and killing off everything he touched in this universe - in otherwords, we all knew that everyone was screwed, we just didn’t know how. 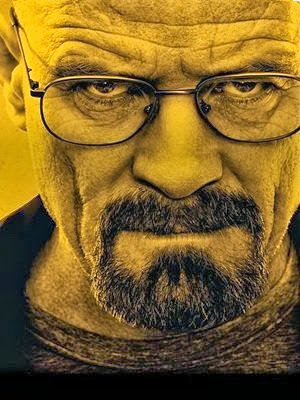 In the end though, Walter accomplished what he had set out to do and even tried to right the mistakes he had made due to the trappings of an inflated ego, returning to his ‘one step ahead of everyone’ roots. Everyone got theirs in the end - He said his goodbye’s to his wife Skyler (2013 Emmy Winner Anna Gunn)  and baby daughter Holly, he stalked Junior (RJ Mitte) for one final time, he made sure poor Hank (Dean Norris) and Gomie’s (Steven Michael Quezada)  make-shift graves could be found so Marie (Betsy Brandt) could give her husband a proper burial, he insured that his family would get the money he promised by way of a dubious manipulation of his former Grey Matter business partners the Schwartz’s, he finally used his homemade ricin swiping out Lydia’s (Laura Fraser) Stevia for a little revenge, mowed down the neo-nazi’s with a remote controlled trunk gun, freed Jesse (the amazing Aaron Paul) from bondage, and then died peacefully amongst the meth lab of his design all while leading the Feds to his final demise - a bitter sweet and satisfying conclusion to an epic run. 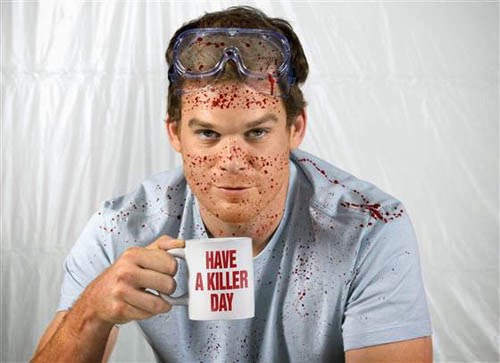 Showtime entertainment president David Nevins was quoted as stating that, “Arguably, Dexter is to Showtime what Spider-Man is to Sony or Batman is to Warner Bros., so I think it's going to be important for us to keep it alive." This must make Scott Buck (the writer of the finale episode and Dexter’s current show runner) the Joel Schumacher of the series (Schumacher, being the man who all but killed the original Batman franchise back in the early 90’s). 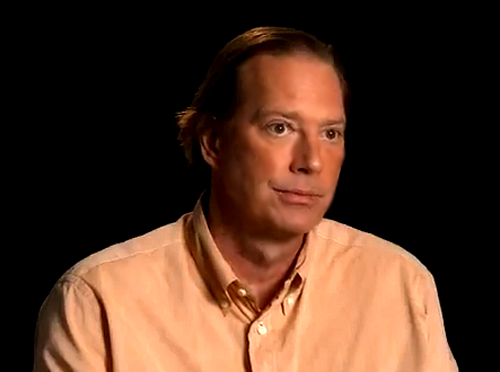 Not only did Scott Buck and his team waste every opportunity given to them in the final twelve episodes of the series, but also completely fumbled through the finale he penned entitled, “Remember The Monsters”. Sadly, every character on the final season of Dexter had less to do than the corpses on Dexter’s ‘table’, but none of the storylines paid off in the end. This is particularly puzzling due to the momentum it gained given the aftermath of season 7’s conclusion as Dexter’s sister Deb (the incredibly talented Jennifer Carpenter) not only discovers Dex’s dark secret, but kills Lt. Maria LaGuerta (Lauren Vélez), in the process in order to protect her brother after LaGuerta finally catches the Bay Harbor Butcher red handed.

Adding insult to injury, Scott Buck and crew conveniently forgot a two notable themes throughout the final season. The first is Dexter, although occasionally stumbling due to his ego, always lands on his feet. The second was Dexter’s desire to break away from the darkness and into the light, shedding his urge to kill and live a normal, well-adjusted life. 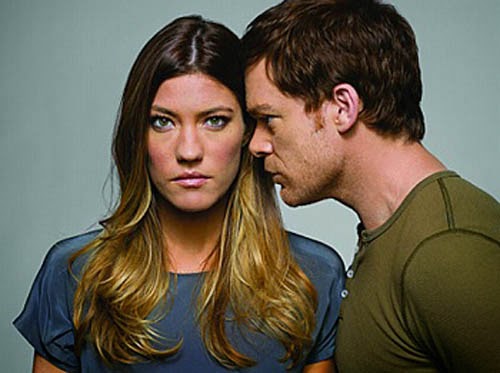 In the end, we get a very rushed conclusion to the series in the finale with Debra being shot and put into a vegetative state in order to set up Dex’s ‘finale kill’, unplugging her from her life support, dropping her in the drink, only to sail into a hurricane that’s about to hit the shores of Miami. Most fans might have been ok with this if it wasn’t for the abruptness of it all, let alone a mess that didn’t end sailing into the storm. 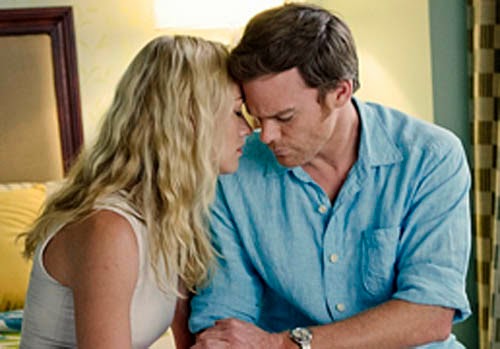 Abandoning the love of his life (played by the gorgous Yvonne Strahovski) and his young son who have sought sanctuary in Argentina, Dexter retreats further into the darkness as the final scene views him ala unibomber, bearded and living in a logging community in Oregon (obviously faking his death). A very unsatisfying and unlikely end to the Bay Harbor Butcher, let alone a reason for me to rethink my cable subscription. 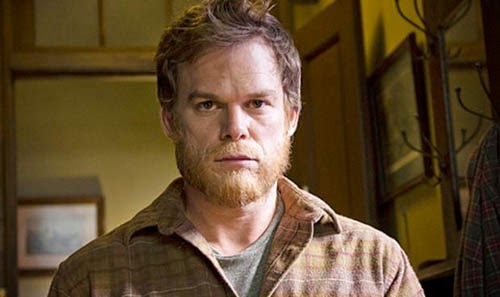 What did you think about the season finale’s for Breaking Bad & Dexter? Let us know in the comments section below!
Posted by Hot Toddy at 11:30 AM