Announcements: Magneto Marries Captain Picard (Not To Each Other - Sillies!!!) 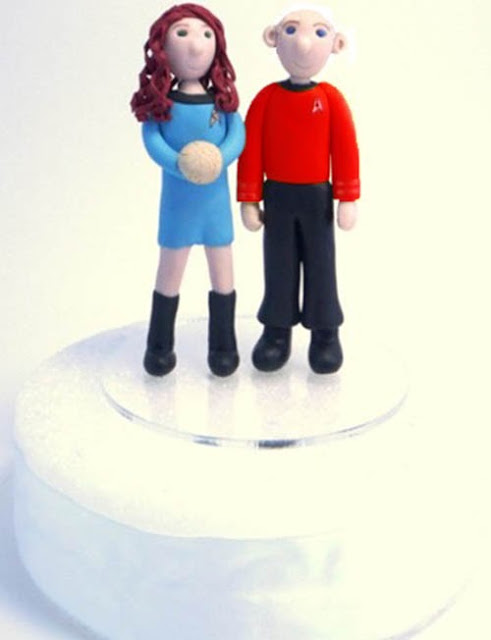 Engage! Then get hitched! Congrats to one of our favorite Star Trek Captains, Sir Patrick Stewart (aka Jean-Luc Picard)  who just tied the knot to Brooklyn songwriter, Sunny Ozell on Sunday with none other than one of our favorite X-Men villians, Sir Ian McKellen (aka Magneto) officiating! 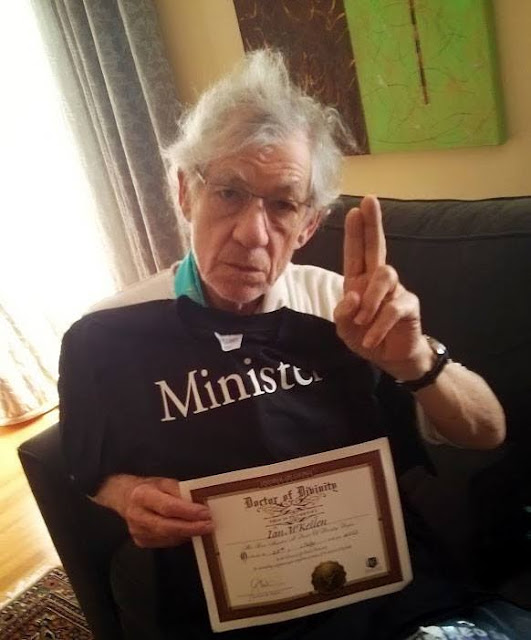 McKellen (shown here with his doctor of divinity certificate and ‘Minister’ duds) stated on Facebook that,”I did my part!” The two actors who also played friends / mortal enemies in the X-Men series became real-life friends off camera. 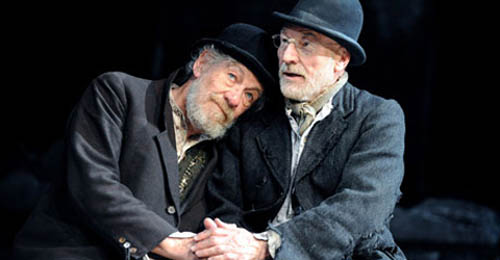 Stewart and Ozell met in 2008 while he was acting in Macbeth at the Brooklyn Academy of Music. The wedding was held beside Lake Tahoe with roughly 100 guests in attendance, and the honeymoon - possibly Chuck E’ Cheese? (or the Holodeck)? 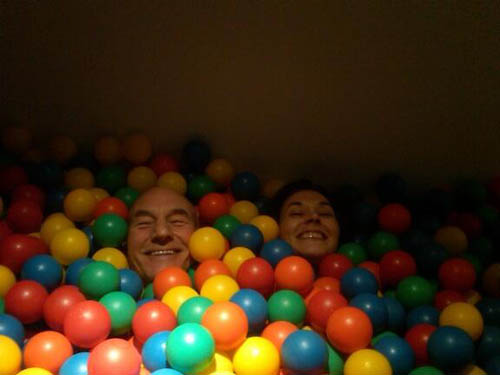 Again - big congrats to the happy couple and may they live long and prosper! 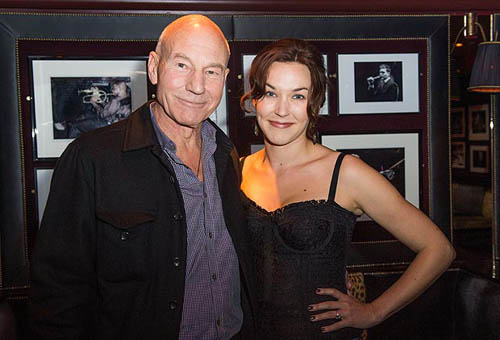 Email ThisBlogThis!Share to TwitterShare to FacebookShare to Pinterest
Labels: Announcements, Movies That Have Everything, Tits for Telly