Movies That Have Everything Preview: The World's End 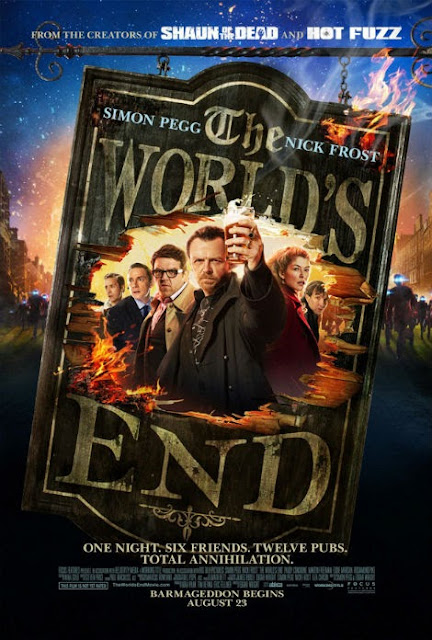 Another Friday has arrived and with that comes another movie that we've been patiently waiting for -
The World's End.

This wraps up the 'Cornetto Trilogy' for one Pittsburgh Underground's favorite directors, Edgar Wright (the same director that brought us Shawn of the Dead and Hot Fuzz) along with his pals Nick Frost and Simon Pegg as they reunite for this sci-fi feast for the nerd in all of us. Check out the trailer below!

The story takes place 20 years after attempting an epic pub crawl where five childhood friends reunite and are reluctantly dragged back to their hometown by Pegg to relive their glory days in an attempt to reach the fabled pub, The World's End. Of course this would be much easier if the entire town hadn't been replaced by killer robots.

What's not to love? The World's End starts today in a theater near you!

BONUS! A little explanation of the 'Cornetto Trilogy' from Edgar Wright and the gang!

The World's End Featurette - The Cornetto Trilogy
Posted by Pittsburgh Underground at 11:30 AM