Movies That Have Everything Preview: Kick-Ass 2

It’s finally here! The movie we’ve all been waiting all summer for! Kick-Ass 2 hits the theaters today, continuing the saga of Dave Lizewski aka Kick-Ass (Aaron Taylor-Johnson) and Mindy Macready (Chloë Grace Moretz) aka Hit-Girl as they battle it out with a very pissed off Chris D’Amico aka The Red Mist, aka The MotherFucker (Christopher Mintz-Plasse) as the vengeance runs thick after the death of the daddy’s (both Big Daddy played by Nicholas Cage and Frank D’Amico played by Mark Strong) that took place in the original Kick-Ass in 2010.

All based on the follow up Marvel / Icon Comic aptly named Kick-Ass 2 from Mark Millar and John Romita Jr. we get to see if poor Mindy Macready can integrate herself into ‘normal’ society as an average high school student, if Dave Lizewski can make it the first five minutes of the movie without getting the snot kicked out of him, and how much screen time hottie Lindy Booth will get as the super-tasty Night Bitch (one can only dream). 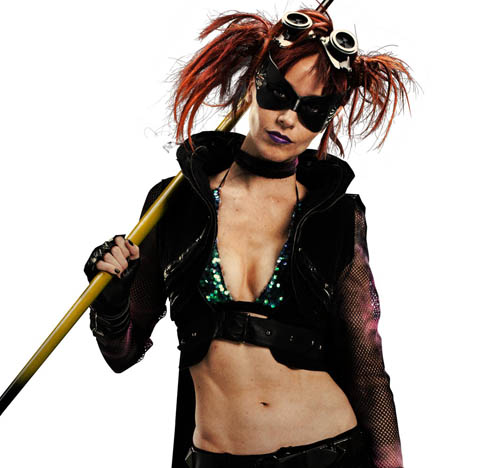 The original Kick-Ass was a pull no punches take on the super hero genre and if the sequel is anything like the comic it should leave us all blood shot and bludgeoned by the end of the super spectacle. 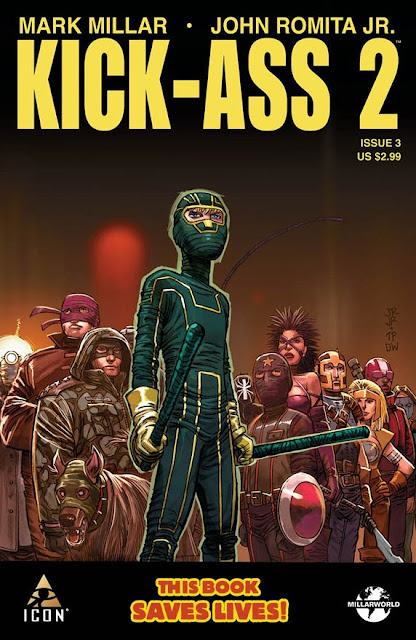 Kick-Ass 2
Mark Millar / John Romita Jr.
Icon / Marvel Comics
Kick-Ass 2 starts this today so don your cape, tights, and mask and try not to get your ass kicked as you zip out to your local theater!
Posted by Pittsburgh Underground at 11:30 AM