Tits For Telly: Josh Whedon on the Romney Zombie Apocalypse 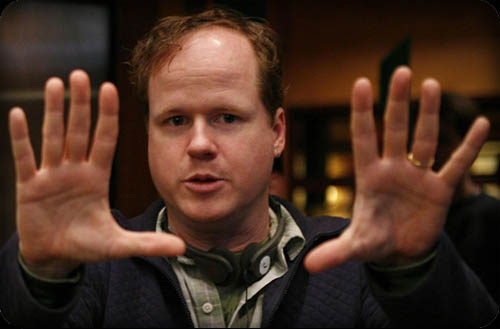 Happy election day everyone! Although Pittsburgh Underground generally likes to stay out of the political spectrum as much as possible (let's face it gang - does the world really need one more group of people being preachy about they way things really ought to be run?), it doesn't mean we don't keep our ear to the ground when it comes to the world we live in, especially when it's been contaminating the media for what feels like forever.

With that said, we take today's spotlight and shine it on one of the few gentlemen that the gang here at good ol' PU truly reveres, Joss Whedon, creator of Buffy the Vampire Slayer, Angel, Firefly, Dollhouse, Dr. Horrible's Sing-A-Log Blog, Cabin in the Woods, and most recently, director of Marvel's latest blockbuster, The Avengers.

If anyone can speak to the possibilities of an impending zombie apocalypse brought on by picking the wrong candidate it would be Mr. Whedon. With more experience with the world of the undead than you could shake a slayer at, take a look at the message below and take heed friends - take heed...

Need anything more be said? So remember gang - after you've hit the polls today, head to your local grocery store to grab up as many can goods, first aid kits, and bottled water as possible. It's not that PU is predicting a Romney win - we're just saying it never hurts to be prepared for the worst...
Posted by Pittsburgh Underground at 1:00 PM