Tits For Telly: The Walking Dead Season 3 Premieres THIS SUNDAY!!! 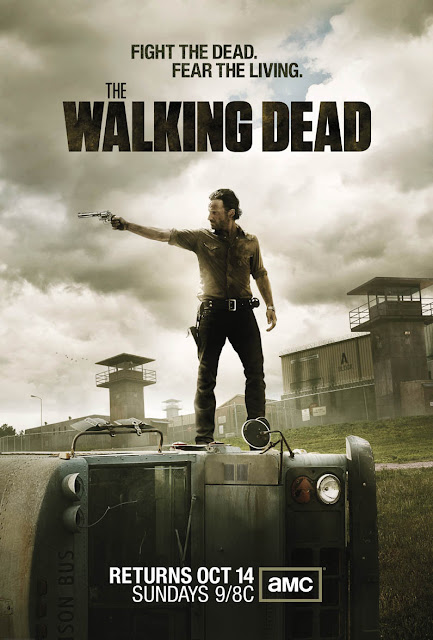 The Walking Dead Season 3 has clawed it's way to the surface, premiering this Sunday, October 14th at 9PM on AMC.

It's a huge deal to fans of the comic as two major characters (Michonne portrayed by Danai Gurira and The Govenor portrayed by David Morrissey) finally join the ensemble as they move on from the iconic farmhouse owned by Hershel Greene (masterfully played by actor Scott Wilson from 1967's In The Heat of the Night) to the ominous prison setting as shown in the climactic Season 2 Finale. 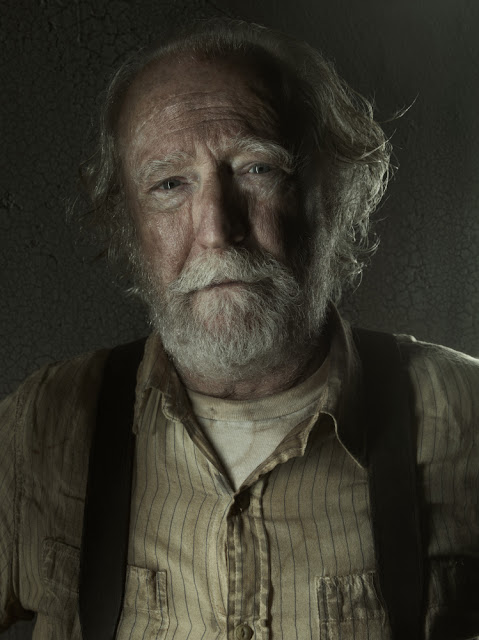 The gang from Pittsburgh Underground has been studying our Season 2 Bluray's for the last few weeks to get ourselves prepared for the fun in store for Season 3. To further tease the undead, check out the Season 3 Trailer below!

Now before you continue on with the rest of this article I wanted to post a
PU WARNING: Possible Spoilers ~ Granted, this only applies to those who haven't read the comic book series or watched Season 2 of the Walking Dead TV Series (or just don't give a rot).

CLICK TO CONTINUE WITH
THE WALKING DEAD SEASON 3 PREMIERE PREVIEW... 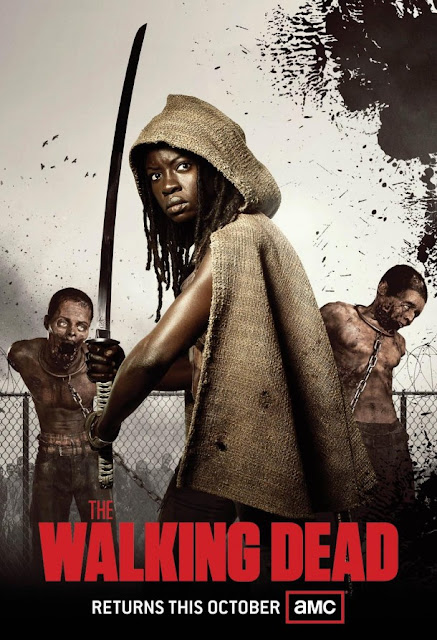 Now joining the cast is Michonne (played by Danai Gurira), a fan favorite who looks very faithful to the comic book series as the sword wielding, ex-lawyer now total bad-ass survivor of the zombie apocalypse. 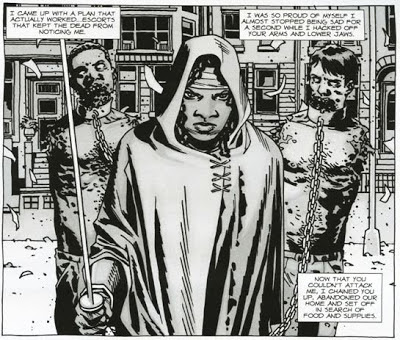 She also made her first appearance in the season finale along with her zombie sidekicks amongst huge cheers from fans everywhere (yes, PU HQ was jumping for joy at the sight of them!). 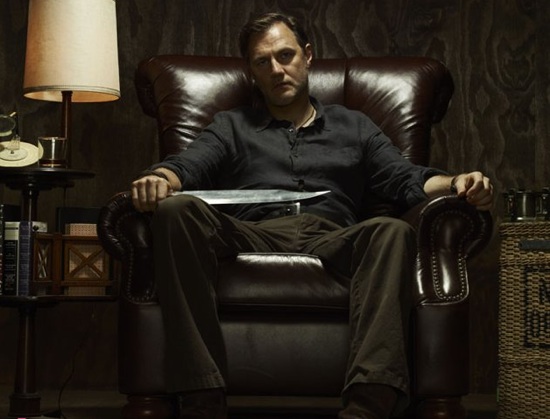 David Morrissey (as The Govenor)
The Walking Dead / AMC

Also joining the cast is our antagonist for season 3, the infamous Governor of Woodbury (portrayed by David Morrissey) who, as most fans know looks NOTHING like his counterpart from the comics. 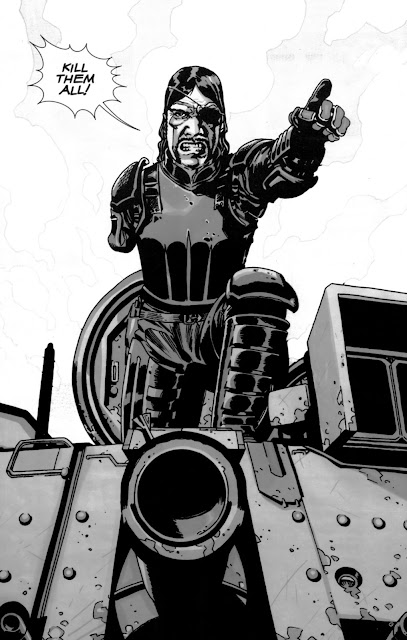 It seems that most fans of the comics are a bit divided on the first shots of Morrissey 'in character', but the word on the street from one of the shows executive producers, Glenn Mazzara, recently stated that "he’s a developing character, so what you see is just what you’re getting now. But that’s a character that will continue to evolve and change, and we’ll see what happens with him. But that character did change in the comic book. People tend to forget that." - IGN.com

At this stage in the game, Pittsburgh Underground, much like the rest of the world will need to wait and see if Morrissey has the acting chops to negate the obvious physical differences between him and the illustrations created by Charlie Adlard in the comics series.

Just remember, creator Robert Kirkman has stated time and again that the TV series and the comic are although the same species, they are different animals (like a doberman and a pit bull). In Season 2, fans of the comic endured many outcomes for beloved characters from the comic that ended very differently for them in real life: 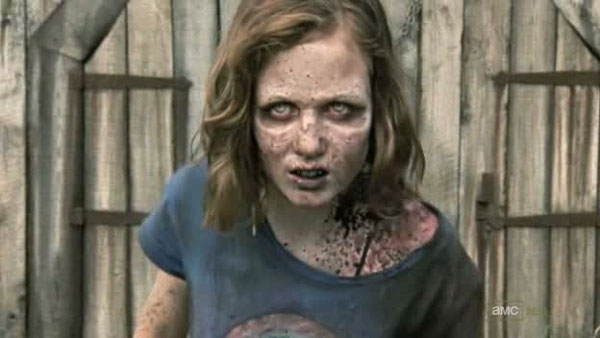 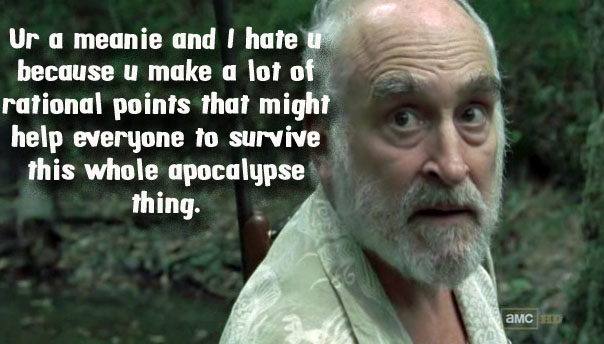 Gale Horvath (played by one of our favorites, Jeffrey DeMunn) dead too soon in the TV show/ Still dead in the comic, but it took 66 issues before his leg was eaten by human cannibals only to die in Andrea's arms later (ah... what could have been!). Goodbye voice of reason! Winner - Tie (what can we say, we liked Mr. DeMunn's final performance, although we'll miss the character and let's face it - a leg eaten by human cannibals is wicked cool!). 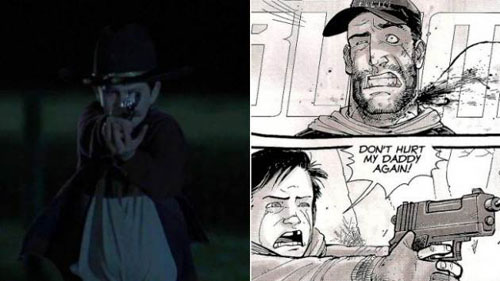 Shane Walsh (Jon Bernthal) was killed by Rick Grimes (Andrew Lincoln) only to have Carl Grimes (Chandler Riggs) shoot him in the melon after awakening as a walker (all deserved Emmy Awards). In the comic Shane attacks Rick in the woods in human form and Carl guns him down! Winner - Comic Series.

Granted, there are a slew of other notable differences in the show that are both loved and hated by fans of the comic book series as well as the gang here at Pittsburgh Underground, however both comic book and television series stand on their own high merits. Let's just hope that the gang from The Walking Dead can continue the streak...

~Oh yeah and before I forget... 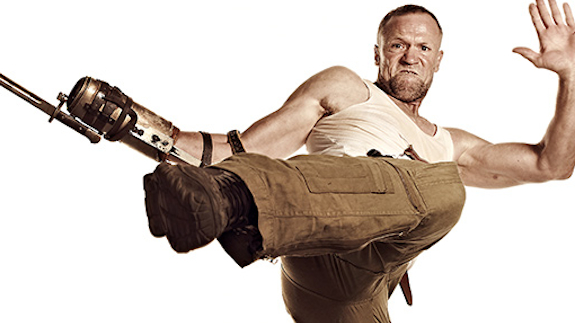 
The Walking Dead Season 3 premiere's this Sunday, October 14th at 9PM on AMC.