Movies That Have Everything Preview: Carrie 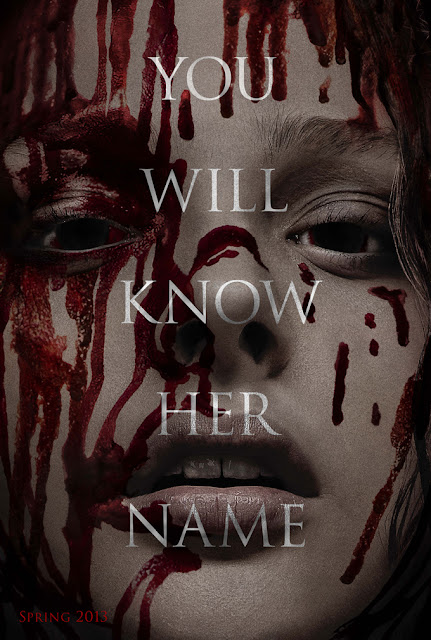 They're all gonna laugh at you!!! Especially if someone asks you about the new adaptation of Stephen King's Carrie (set to hit theaters in the spring of 2013) and you look at them with a gigantic DUH!!!?

No worries kiddies - the gang here from Pittsburgh Underground is here to give you the first look at the remake of the 1976 horror classic that starred Sissy Spacek (who was nominated for an Academy Award for the role), a very young John Travolta, (in his first screen role) and our favorite - William Katt, star of The Greatest American Hero and House.

This time around the role of the telekinetic girl next door is played by none other than another PU favorite - Chloë Grace Moretz (Kick Ass, Let Me In, Dark Shadows) and Julianne Moore (The Big Lebowski, Boogie Nights) as her bat-shit crazy mommy! Check out this first look trailer!

For those who don't remember the original, the story centers around the painfully shy Carrie who is bullied by her classmates and beaten by her overly religious mother only to have all their asses handed to them at the prom after pushing our poor girl to the limit. Don't forget, it wouldn't be a Stephen King story without a little supernatural involved - Carrie can also move objects with her mind which she eventually gives everyone a piece of!

Carrie is slated for a March 2013 release date - Pittsburgh Underground will keep you notified as more info is available. In the meantime, enjoy this trailer from the original Carrie starring Sissy Spacek from 1976.