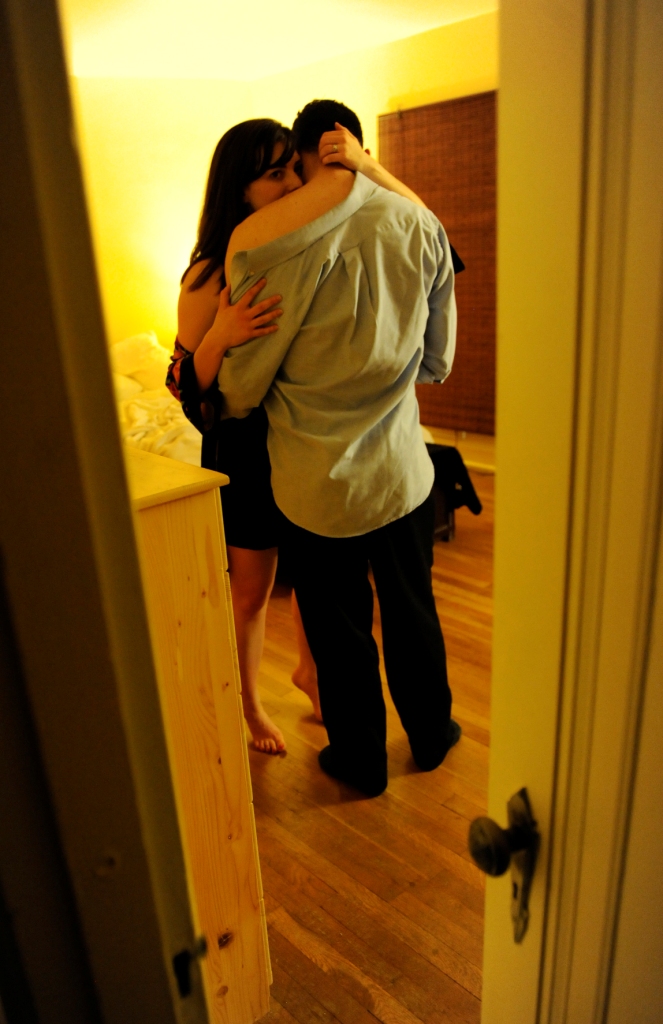 Hello one and all and welcome to my first review of the underground summer theater season! Roughly one year ago I was incredibly fortunate to be invited to a performance by a small, underground theater troupe that I hadn't heard of before, but was very curious to experience first hand, Pittsburgh's own - The No Name Players.

Live theater is something that everyone should experience as often as possible. At it's essence, it's all about make-believe. Suspending all belief for an hour or so to allow a few talented folks to transport you instantly to wherever they wish - All you got to do is keep your arms and hands inside the car at all times and enjoy the ride. This is something that the No Name Players excel at in spades in their latest production, Orange Flower Water. 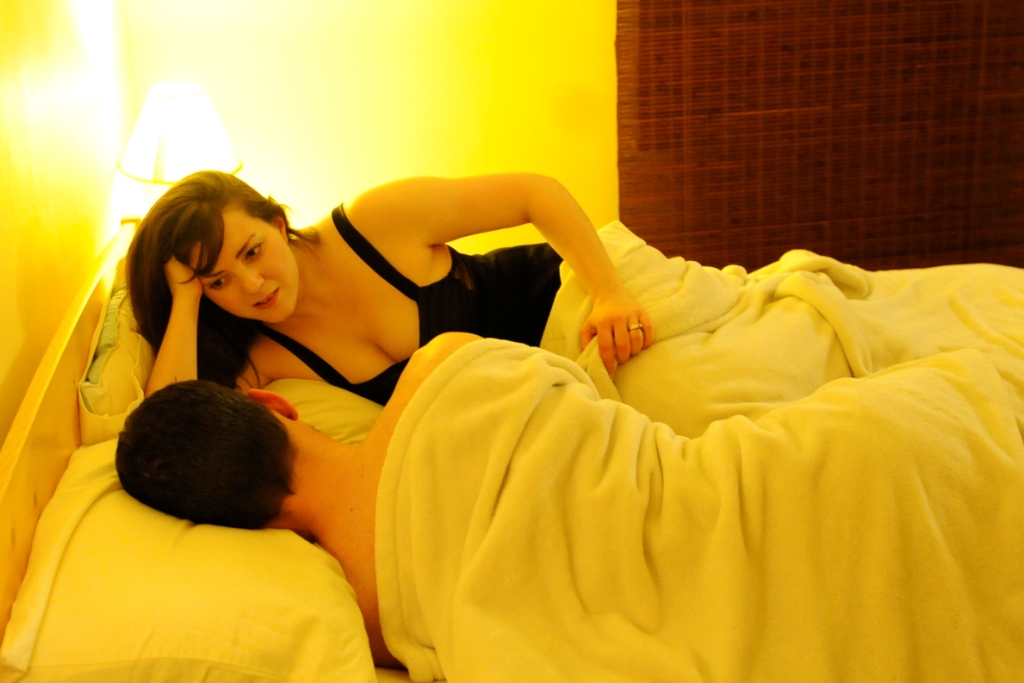 Featuring the incredibly talented Robin Abramson*, Tressa Glover* (who is also the Producing Artistic Director for the Players), Mike Mihm, and Ricardo Vila-Roger, Orange Flower Water's story centers around main characters Beth and David who after realizing they are married to the wrong people begin having an affair. The story that follows is a searing portrait of the yearning to feel loved and the heartache and consequences that infidelity brings. The Pittsburgh premiere of this emotionally raw and complex work by Craig Wright (Six Feet Under, Mistakes Were Made, Recent Tragic Events) was masterfully directed by Steven Wilson, a Pittsburgh native and Artistic Associate at the acclaimed A Red Orchid Theatre in Chicago.

Now kids, let me explain a little something to you about true artists for those of you who's only reply to the subject is, "I don't know nuthin' about art an nat". One of the 'measures' of a truly exceptional artist (or artists as the case may be) is this: did they engage me in their craft REGARDLESS of the subject material? Did I laugh? Did it bring up old memories? Did it make me angry? Did it make me smile? If it caused you to emote in the slightest way, the artist (or artists) did their job masterfully. This notion of 'perfection of the craft' should be synonymous with The No Name Players from now till Doomsday after experiencing their latest outing.

I know - it sounds like I'm gushing. Try to remember who's writing this little ditty. Your old Unkle Toddy doesn't exactly gush - I may groan. I may moan, but I almost never gush. The fact is I love most every type of genre: Action adventures, comedies, westerns, sci-fi, horror, and even 'occasionally' romance or musical (hey, Han and Leia - a classic love story and who didn't love South Park The Movie?). However, (and as I've told my drama loving mother countless times before) I've never been a big fan of dramas. I've always felt that people who love dramas don't have enough drama in their own lives so they jump into the make believe world of other people's problems. As far as I'm concerned, I have enough problems thank you and am not looking for more drama!

However, The No Name Players engaged me in their drama tonight. The set couldn't have been more simple, but well orchestrated by Artistic Director, Don DiGiulio. Viewers sat around the center stage (so every angle is viewed at all times) with a lone double bed in the middle (practically a character in it's own right) with each of the four actors positioned in opposite corners of room.

In darkness with only spot lights illuminating the actors, costume changes would happen on the fly between scenes in front of the audience as if preparing for a boxing match as only two thespians would perform together in any given scene. With this equation of one on one interaction of characters engaging in each other's laughter, screaming, screwing, punching, crying, and self-loathing, I in turn became a fly on the wall, being drawn in ever closer to the mess that these characters have made wondering why they aren't all in therapy five nights a week!


Directed masterfully by Steven Wilson, each actor had me surprised at my reactions to their characters. I seemed to find the most sympathy between both Robin Abramson and Mike Mihm's characters as they play the individuals that their significant others cheated on with. Mike Mihm really shows his acting talents in the role of Brad Youngquist, the video store employee who although is a self-described 'prick' , is genuinely hurt when finding out his wife Beth (played by the always amazing Tressa Glover) has been cheating on him. Honestly, Mihm reminded me of a young Jason Lee (from Kevin Smith's View Askewiverse) as he ranted and raved in both funny and quiet frankly, scary moments on stage. Mihm not only brought laughs to this piece, but also serious tension at moments which is truly a credit to his versatile talents as an up and coming thespian.

I loved Robin Abramson in the role of Cathy Calhoun. This is my first time experiencing Ms. Abramson on the stage and she really made me love her character Mrs. Calhoun. Everyone knows a Mrs. C - that hot mom that you can't imagine why she's with the dork let alone how he could have cheated on her. Seriously, I don't know many married women who hold casual conversations with their hubbies about catching in the act of infidelity all the while banging their brains out as if they were still college kids hiding out in their dorm room rather than going to class. Mmm... Mrs. Calhoun, they don't make them like you anymore! Ms. Abramson performed with effortless grace throughout the play and I look forward to seeing more of her in future productions.


That leaves me with the sinners (Ha! I keeeeed!) played by Tressa Glover and Ricardo Vila-Roger. I really have to hand it to both of these amazing actors - you really made me want to punch you!!! This kills me because I've actually talked with Tressa on several occasions and she's the nicest person you'll ever be lucky enough to talk to which is not only to flatter her wonderful character, but also her chops as a master thespian as well.

I so wanted to shake Beth Youngquist!!! Don't get me wrong - your definitely a contender for hot mom, Cathy Calhoun, but I wanted to shake you until your eyes popped out of your skull! Don't get me wrong, the world is an imperfect place and we all make mistakes. Sometimes we fall for the wrong person all together. Things happen (trust me). However, I'm a big believer of one thing - don't drag others into your DRAMA!!! I get that you're a bit naive. I get that you thought marriage was your only out in order to have what you thought might be a fulfilling life, HOWEVER why don't you get your shit together before you marry a dude, have his kids, ABANDON them for another life that might be more fulfilling only to realize that it really is YOU DAMN IT!!! YOUR THE PROBLEM!!! NOT THEM!!!

Did I mention that the No Name Players engaged me tonight?

That leaves me with poor, dumb David Calhoun - ah David... you big dummy!!! Executed with great tenacity, Ricardo Vila-Roger really worked for it tonight my friends. I've never seen an actor get punched and slapped by so many women in my entire life in or off the stage (however, I have seen that many get the old pinch and tickle in the old sack-a-roonie! Nyuk! Nyuk!). The only other character that seemed to go through as much trama as poor dumb David Calhoun, pharmacist to suburban soccer moms everywhere, was the poor stuffed tiger who experienced everything from the beginning of this story to it's ultimate end.

Ricardo Vila-Roger should really be commended not only with his ability to create another character that I wanted to equally slap as hard as Beth (you know, just to get you to snap out of it), but also for the amount of physical... how do I put this gentally... stimulation, that he endured this evening. We here at Pittsburgh Underground hailyou Mr. Vila-Roger with a big ol' Roger Dodger Salute from PU!!!

The No Name Players have really outdone themselves this time with their production of Orange Flower Water. I can't stress enough the luck a city like Pittsburgh has when small theater troupes with larger than life talents shine through the mire of troubled and unpredictable waters as our guide through a make-believe that we may not have considered visiting for ourselves on our own. It takes talent to perform on stage, but it takes mastery to a hold a mirror in front of the world for all to see, regardless of it's comfort level, and engage you in something new and rewarding in an intimate way that only live theater can do. This is the No Name Players gift to Pittsburgh, view it wisely.

The No Name Players production of Orange Flower Water Starting this Friday, July 6th and running through the July 14th, the show starts at 8PM (with no late seating).

Tickets can be purchased at the Showclix Website for $15.00 or for $20.00 at the door. Student tickets are $10.00 cash at the door with a valid ID. For more information, check out The No Name Players Official Website or on Facebook.

For those of you who don't know where the Cathedral of Learning is, click here for a MAP. I suggest parking at the Soldiers and Sailors garage here. Once you get in the main entrance of the Cathedral of Learning, just go to elevators “E’ or “G” to level B (that's the basement). The theatre will be down the hall on your left.
Posted by Anonymous at 11:30 AM