Movies That Have Everything: THE THREE: A Scott Goldberg Concept Film 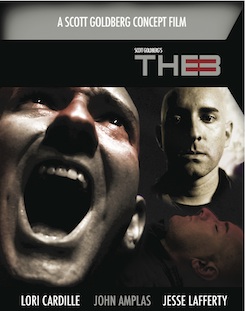 Pittsburgh Underground is always proud to showcase independent artists with the vision and hootspa to bring their labors of love to life for all to enjoy. This week we were very fortunate to come across such an artist, Scott Goldberg and his concept film THE THREE, filmed on location in the Wampum Mines (known by horror buffs as the set for George Romaro's Day of the Dead) and featuring Day of the Dead star and local legend, Lori Cardille and actor John Amplas. Check out this fantastic footage!

You may have also noticed a familar sight outside the Pennsylvanian on Liberty Avenue - our fare city strikes yet again on the big screen!


In 2010, award-winning filmmaker Scott Goldberg had an idea for a dark, depressing horror film with a serious tone that took place in absolute seclusion. In order to raise funds for the feature length version, Scott set out to make that dream a reality by self-funding and shooting a concept to show potential investors the tone and feeling of the type of movie that he wanted to bring back to the horror genre: DARK HORROR.

Goldberg explains on his website, "The problem with the last two decades of horror films is that a lot of them have been copying what's been done before - the same generic formula, which is usually the catalyst for a ineffective and non-frightening horror film. We felt the need to come up with a concept that not only rejected the cliche aspect of horror films, but take it in a unique new direction".

This is the type of independent film making that gets the gang here at good ol' PU excited!!! If you feel the same way, Scott is looking for interested parties to invest in his vision. Check out more information on THE THREE Official Website.