Happy Halloween kiddies!!! We finally made it to the premiere of Dead Zed Zombie - Season 2, Episode 1!!

This was a BIG one kids - not only did we join up with Barnabus Bailey and the Greatest Show Unearthed LIVE at the Hollywood Theater tonight, but we also introduced our old pal Wolfgang Moonbang who's been 'medicating' Zed on and off since our New Year's Eve Show back in January! 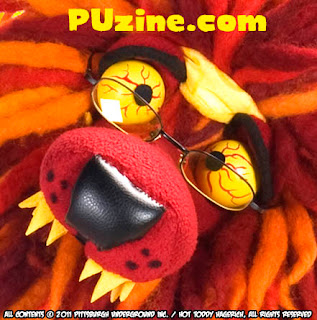 On the long search since, Zed's best bud Rico Roacho finally tracked Zed to the Pittsburgh Underground Boneyard - mayhem soon followed... it's just better if you watch it kids (trust us).


It's been a long road kids, but stay tuned for more Dead Zed Zombie episodes as they air first with our new pal Barnabus Bailey every month as he showcases the realms of independent horror and then exclusively here at Pittsburgh Underground for an encore performance!!! Thanks to all our fans out their for your patience, understanding, and enthusiasm as we shamble our way into Season 2!!!
Posted by Pittsburgh Underground at 12:00 AM

Was indeed a fun time and great seeing it on the big screen! Welcome...to the Greatest Show Unearthed!