Movies That Have Everything: Vampires At The Hollywood Theater Starting This THURSDAY! 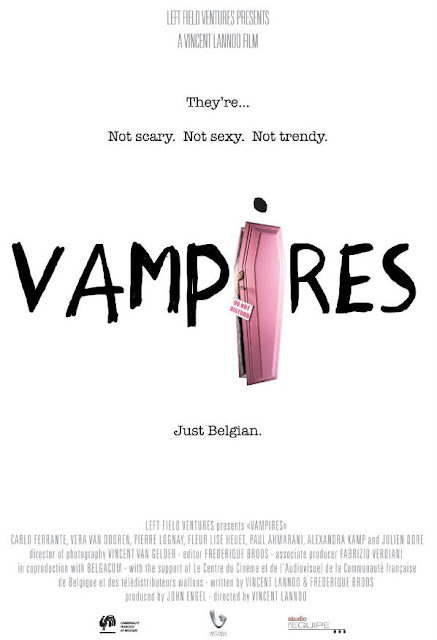 Welcome all you creeps and kooks! If you're like the gang here at good old Pittsburgh Underground, then you dig vampires. No, not the mamby-pamby, pussy-wussy, twirly-girly vampires of Twilight or even The Vampire Diaries. We mean REAL vampires.

Vampires - They're not scary. Not sexy. Not trendy. Just Belgian.

In this mockumentory directed by Vincent Lannoo, a TV crew is asked by a community of vampires to film their nightly life. After a few failed attempts (costing the lives of some crew members), a new crew finally manages to penetrate the home and un-lives of Bertha and George St. Germain's family, with their good-for-nothing son Samson, and their daughter Grace, who's in the throes of an existential teenage crisis. Your basic everyday family.

The fun begins this Thursday through Saturday at 9:30 PM (with a 7 PM showing on Sunday) so drop by The Hollywood Theater in Dormont with the rest of us children of the night to get old-schooled in true Nosferatu-style!
Posted by Pittsburgh Underground at 8:30 AM