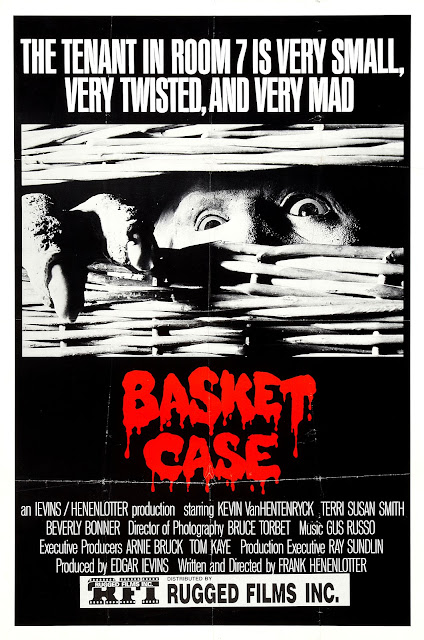 Hey all you magnificient minions! FRIDAY, August 12th is the World Premiere of Beverly Bonner's LIVE STAGE SHOW - Casey, 30 Years Later at the Hollywood Theater in Dormont sponsored by The Horror Realm!

This is a BIG event for those fans of the cult hit classic Basket Case!

Starting at 8PM, the evening begins with freelance artist Joshua Emerick, who is the illustrator of the Basket Case: The Comic serial slated to appear in Fangoria Magazine.

Then, fans can enjoy the origial movie, Basket Case, released in 1982, the movie tells the story of a young man who carries his deformed conjoined twin brother in a large basket while seeking vengeance on the doctors who separated them against their will. Written and directed by Frank Henenlotter, “Basket Case” became a hit as a midnight movie and spawned two sequels. Check out the trailer below!

Then, the world premiere of Beverly Bonner’s stage show Casey – 30 Years Later follows the film screening. The show catches up with Bonner’s character from the film series, who is running an old age home for prostitutes. Casey is interviewed by a college reporter (played by Michael Varrati) to find out what she’s been up to all these years.

Actress and comedian Beverly Bonner has appeared in films, stage productions and television. In addition to her role as Casey in the “Basket Case” series, Ms. Bonner has appeared in more than 45 stage plays, most notably featured in the long running “Women Behind Bars” with the late actor Divine. Ms. Bonner wrote, produced and directed “The Beverly Bonner Show” and “Beverly Bonner’s Laugh Tracks” for television which ran in New York, Los Angeles and Detroit for many years. She can currently be seen in “The Gloria Glitter Show”, “New York Comedy Connection” and “Help!! Let Me Out of Myself!!!” at the Broadway Comedy Club in New York. Visit the Official Beveryly Bonner Website for more information on upcoming shows.

Following the show will be an open Q&A session with Ms. Bonner and complimentary cake to celebrate her upcoming birthday. VIP ticket holders are invited to stay for an exclusive after party and meet & greet with Ms. Bonner.

General admission tickets are $10. VIP tickets will be available for $20 which includes limited balcony seating, a poster autographed by Ms. Bonner, a free small popcorn and soft drink and admission to the after party.

VIP tickets must be purchased in advance by August 5 (this Friday) online only through Showclix. General admission tickets are available in advance online or at the theater the evening of the event. Click here to get your tickets NOW!


The Hollywood Theater is located at 1449 Potomac Avenue in the
borough of Dormont (Pittsburgh, PA 15216).
Posted by Pittsburgh Underground at 11:30 AM