Movies That Have Everthing: Predators

As stated in the movie, Ernest Hemingway once wrote, " There is no hunting like the hunting of a man, and those who have hunted armed men long enough and like it, never care for anything else thereafter". Let's be honest kids - for those of us who have been fortunate enough to play out our fantasies online in any number of PvP games, we understand what good ol' Uncle Ernie was talking about. Going toe to toe with your peers in a last man (or woman) standing scenario takes skill, stealth, creativity, and above all, the willingness to give into your darker urges. This is the tone set from the very beginning of Predators and happily, doesn't let up for a second.

The Lowdown
Ever have that dream where you are falling though the air without any idea of how you got there in the first place? This is how our story begins. This latest entry into the 'Predator' franchise by executive producer Robert Rodriguez (Grindhouse: Planet Terror, Spy Kids, From Dusk Til Dawn) and director Nimród Antal (Armored, Vacancy, Control) starts out with our anti-hero, Royce, played by Adrien Brody (King Kong, Cadillac Records, Splice) as a mercenary who has been dropped from an aircraft in an unconscious state, waking only to panic as he tries to open a parachute that's been strapped to his back. From there, the movie hits the ground running (literally) and takes us on an action packed journey that is the closest in flavor to the flick that started it all - the original 1987 Predator starring action alumni and now California governor, Arnold Schwarzenegger. 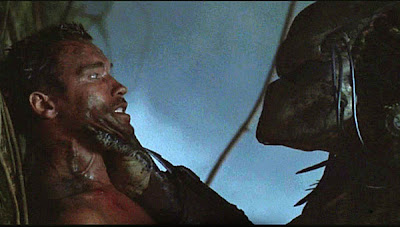 Schwarzenegger in the original 1987 Predator

In a nutshell, the worst of our world are being abducted and taken to an alien hunting ground to be pursued as prey by the Predators. The rogues gallery of quarry are played by a fairly eclectic group of actors - Alice Braga (a sniper with the Israeli Defense Forces), Walton Goggins (a mass murderer from the States), Oleg Taktarov (a member of Russian Special Forces), Danny Trejo (a drug cartel enforcer from Baja, Mexico), Louis Qzawa Changchien (a Yakuza enforcer from Japan), Mahershalalhashbaz Ali (a RUF death squad member from Sierra Leone), and Topher Grace (a disgraced doctor with a 'surprise') along with a cameo by Laurence Fishburne as a long time (and quiet looney) inhabitant of the Predator planet.

As the story plays out, each member of the team has something to offer in the ways of survival - at least until each gets picked off one by one by the Predators (hey, it's not like we're talking spoilers here with a name like Predators). There's also the added threat of being on another planet, let alone how to get back home which brings another dimension to an already stressful situation.

The alien world looks a lot like the Central American jungle that our first Predator appeared in back in 1987. Perhaps an acknowledgment to a simpler time when all you needed was a jungle, an alien, and good ol' Arnie to kick it's ass good-bye. Granted, sometimes the old school is the best school which is why we need to give the gang at Troublemaker Studios it's props for keeping noteworthy elements of the mythology in tact, rather than taking it off track like the many other Predator movies that proceeded this one. Even Arnie's character from the first film is mentioned, if not by name, as part of the Predator legend as it's described by Alice Braga to the would-be gang of misfits. Predators takes the series back to it's roots, albeit without our muscle bound hero to save the day. 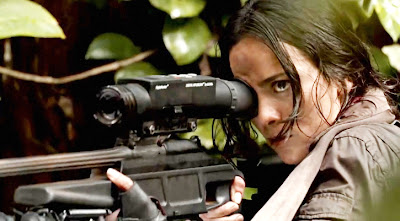 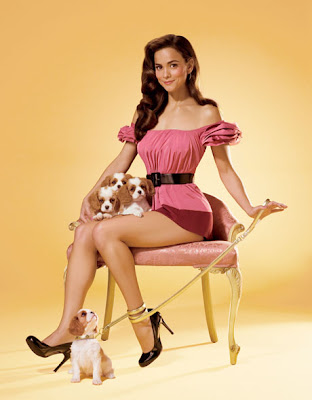 The action never stops as the gang from good ol' PU were at the edge of our seats waiting to see who the next unfortunate victim was and how they were going to get it in the end. The effects are what you would expect out of a sci-fi movie of this caliber, (especially with executive producer Robert Rodriguez doubling as effects supervisor), but nothing we haven't seen before (which isn't necessarily a bad thing as some of the tried and true visuals make nods to the original), but with some new additions peppered in to keep things spicy. The aliens are big, mean, and nastier than those of previous movies with the introduction of a new 'alpha' Predator who as Laurence Fishburn's character explains is in a blood-feud with it's distant cousins (the breed of alien that we have all grown accustom to since the beginning).

One of the nice things about the flick is that the longer a character stays alive, the more we learn about them (or as much as you can learn about this many characters in the rough span of two and a half hours). The Russian soldier shows pictures of his two young children back home, the mass murderer who states he was to be finally executed that week before his abduction, the mercenary who has an understanding of his foe's tactics merely because if the shoe was on the other foot, he would do the same, or Laurence Fishburn's character - the man who's evaded the Predators for 8 or 10 seasons who's mind has deteriorated in the process of trying to survive.

Of all of these characters, the one who stands out like a sore thumb is the doctor played by Topher Grace (Eric Foreman from That 70's Show). In the spotlight as 'the one who is not like the others' really makes him one of the most interesting and longer lasting characters in the movie. We won't tell you what's in store, but the payoff is just good fun and gives you hope that Topher will be around to entertain us in other movies for a good long time.

The Final WORD
In a sea of sequels that made a lot of folks cringe, Predators is a fun-filled, action packed, summer popcorn movie that harkens back to the old school flavor of the 1987 original. A nice mix of actors, fun effects, familiar settings, and a lot to keep you on the edge of your seat. Predators are worth every drop of your bloodlust and a great addition to the franchise.

Movies That Have EVERYTHING Rating: 8
Posted by Pittsburgh Underground at 2:00 PM