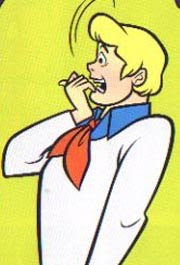 When will Caucasians realize that when you try to put on airs by adopting poor portrails of Afro American stereotypes to replace an actual personality that they have retarded into a developmental tragedy that they can only represent themselves as being bloody, blinking STUPID!


Last night, the gang from good ol' PU had tuned into the Cartoon Network who was airing Scooby-Doo and the Loch Ness Monster. The gang at your favorite headquarters LOVES Scooby-Doo (the original series) and the new made for Cartoon Network (and then to DVD) movies have really invigorated the franchise. The animation is fantastic and the story telling as clever as the originals, but taken to epic propotions with each 'episode'. Yes, we love Scooby and we love the newest entries into the mythos. 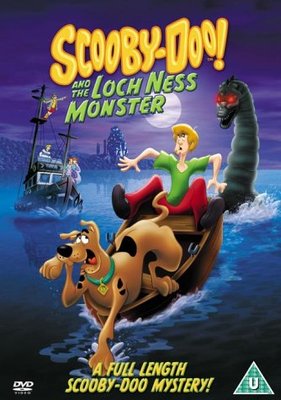 With that said, let's talk the do's and don'ts of how to 'modernize' an established character. Taking a fictional character that was developed in the late sixties and translating him to fit in the 2000's could be considered 'tricky' business. When reimagining a character, how far does one go. Changing his hairstyle, his cloting, his way of talking, maybe even what he does for a living - the options seem endless.

The safest bet is in how they use technology (what cars they drive, how they communicate, how they store information). In the original Bruce Timm Batman Animated Series, the animators were clever enough to mix eras by populating Gotham with vintage vehicles stylings from the 1940's to allowing the characters to use videotapes, answering machines, and cell phones as technology changed rapidly, even through the 1990's.

Character design is something wholey different. The way a character dresses can change, keeping in mind the stylings of their previous incarnation.In animation most of the characters ALWAYS seem to have only one 'costume' in their wardrobes in order to better identify them and in some cases, to keep animation budgets in check. For example; Fred Flinstone wears an orange leopard skin with a blue tie and Homer Simpson wears a white, short sleaved shirt and blue pants - visual cues that rarely (but on occasion) change throughout each series. 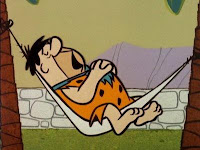 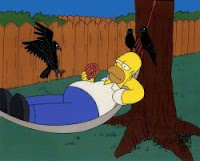 
The trickiest thing to do with a character is to update their speech with lingo that just doesn't seem to 'fit' the character. In this case, the 'updating' in question is in regards to a Mr. Fred Jones. Fred Jones is the blonde haired, blue-eyed meat head from the original Scooby-Doo series. You know the guy - wears a white shirt with a blue collar? Usually has a bandana tied around his neck like Mr. Furley from Three's Company. 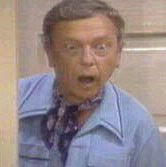 Fred Jones and Ralph Furley Having a Montclair Moment

Now, you can call the gang at good ol' PU crazy (it's cool, we have the papers to prove it), but the reason for this long winded rant sprouted from the moment that our old pal Fred Jones, our great white dope from the original Scooby-Doo series in another random, whirl-wind, action packed adventure looks into the camera to exclaim with sincere elation...

In a rare moment that we don't say often enough around here - WTF!!! Seriously! DA BOMB DIGGITY?! Fred BLOODY Jones?! This is the dude that used to say 'Groovy' and 'Far Out'. NOT DA BOMB DIGGITY!?  The only TWO people in this universe that can say 'DA BOMB DIGGITY' and not sound like they're phoning it in are Chris Tucker (The Fifth Element, Friday, Rush Hour) and Glenn Quagmire from Family Guy! 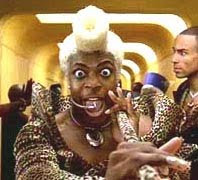 Seriously, stop it. This pisses EVERYONE off to NO END! The only time it was EVER funny coming out of a white guy was when it was in parody. A great example of this is in the Canadian television show (and now feature films) Trailer Park Boys with the character J-Roc portrayed by actor Jonathan Torrens.

George Doty IV, Ed Scharlach, Joe Sichta, and Mark Turosz are the writers responsible for Scooby Doo and the Loch Ness Monster. We don't know which one of you tried to 'urbanize' Fred Jones, but we emplore the others to put pressure on this hack to STOP IT NOW!!! Fred Jones can grow as a character, but don't turn him into something you think the kids should be able to relate to - an embarrassing stereotype. It just plain STINKS!

Posted by Pittsburgh Underground at 5:15 PM