Movies That Have Everything: Incredibles 2 Starts TOMORROW!!! 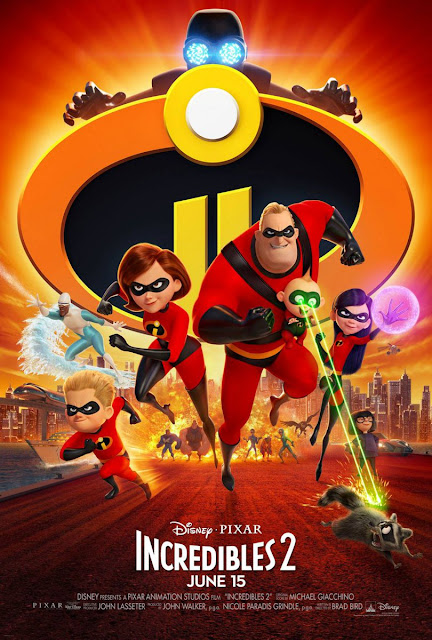 To say that Friday will be an incredible day would be an understatement! It’s taken an exasperating 14 years to for fans of the original Incredibles to finally get a sequel and tomorrow it’s day is due. Check out the trailer for Incredibles 2 below!

So the biggest question on most fan’s minds is what took so long (especially since the sequel picks up three months after Syndrome’s defeat in the first flick). For writer-director Brad Bird, it all came down to story. 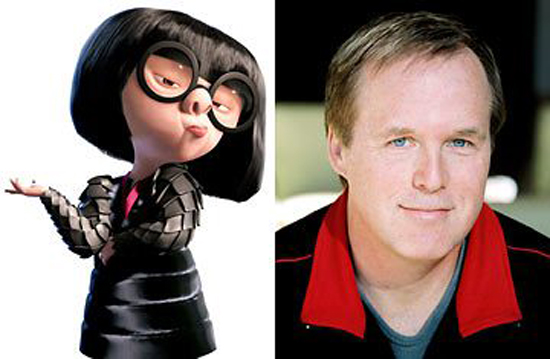 Brad Bird, writer and director of The Incredibles and voice of Edna Mode

“The thing is, many sequels are cash grabs,” Bird told reporters during a recent press event to promote Incredibles 2. “There’s a saying in the business that I can’t stand, where they go, ‘if you don’t make another one, you’re leaving money on the table.’ It’s like, money on the table is not what makes me get up in the morning; making something that people are gonna enjoy a hundred years from now, that’s what gets me up. So if it were a cash grab, we would not have taken fourteen years – it makes no financial sense to wait this long – it’s purely [that] we had a story we wanted to tell.”

The original also debuted in 2004 before Disney, Pixar’s parent company, had purchase Marvel Comics who has since flooded the silver screen with a barrage of super hero movies which, as Bird stated, made it feel that it was much harder to tell an original story.

“On some level, it’s like going out to the football field and there’ve been way too many games on it, and there’s this dried dirt with a few sprigs of grass, and everything’s kind of clunky, and life doesn’t grow there anymore. So there’s that aspect, where you feel like, ‘oh, Jesus, it’s really been covered,’” Bird said. “It makes it very challenging on a story level. Because not only do you have every superhero under the sun and cross-promoting films and blah blah blah blah blah, but you also have a bunch of television shows … So it’s easy to freak out and go, well, why even try? Everybody’s got everything done to death. But I return to, what makes us unique? And it’s this idea of a family, and that superheroes have to hide their abilities [from the public, due to Superhero Relocation Program]. And those things are actually unique to us, and there’s plenty left to explore.”

When it comes to the plot of this new tale, Bird teased that much like in the first film, Incredibles 2 will explore "the roles of men and women; the importance of fathers participating; the importance of allowing women to also express themselves through work, and that they’re just as vital as men are. And there’s aspects of being controlled by screens. There’s feelings about the difficulties of parenthood, that parenting is a heroic act.”

Two of the primary story lines for the sequel happened as Bird was developing the first film. “The two ideas that were in my head as the first movie was ending, like ‘oh, this would be interesting,’ was a role switch between Bob and Helen, and showing Jack-Jack’s powers, and exploring them, and making Jack-Jack a main character rather than a side character,” he explained. “Those were in from the beginning and never left the project. What changed is the villain plot. And that shifted endlessly. And it drove me insane. Because I always was faced with the release date, and if something didn’t work, I couldn’t sit there and try to bang on it. I had to throw it away immediately and go to another idea that solved some of the issues that the first idea didn’t have. So that half of the story was shifting always.”

The gang from good ol’ PU will be hitting the theaters this weekend as Incredibles 2 soars into your local theater tomorrow. As always, don’t  forget to stay incredible!
Posted by Pittsburgh Underground at 11:30 AM