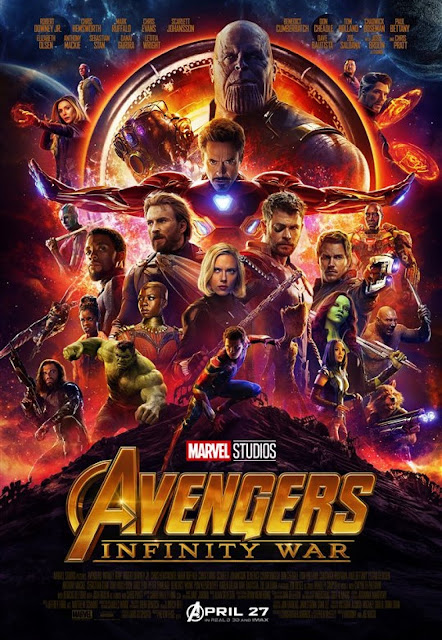 Happy Friday everyone! Can you believe that it only took 18 movies and 7 televisions shows to get to this point? The day has finally arrived that’s all been leading up to the premier of Marvel Studios Avengers: Infinity War that starts this weekend at a theater near you.

Marvel has successfully created an intricate connected universe that all started ten years ago when the first Iron Man movie successfully launched back in 2008. The real innovation came when the head of Avi Arad, head of Marvel’s film division, realized that the licensing deals that were made with Colombia, New Line Cinema, 20th Century Fox, and others were making very little profit and wanted to change that along with maintaining artistic control of their projects and distribution. Marvel Studios was then formed which was the first major independent movie studio to be formed since Dreamworks.

The rest is as they say is history - and an incredibly successful one at that with the Walt Disney Company acquiring Marvel in 2009. This has only expanded the reach of Marvel Comics beyond that of comics, movies, and television into the ‘real world’ as the characters now appear at Disney theme parks all over the world. 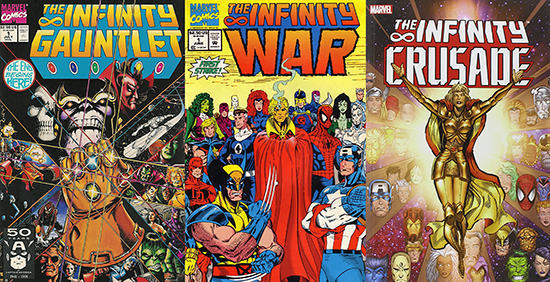 So what’s all the hoopla over Avengers Infinity War? First, it’s based on the 1992 six issue comic sequel to the 1991 comic, The Infinity Gauntlet written by Jim Starling. The Infinity War, also written by Starling was pencilled by Ron Lim, Ian Laughlin, Al Milgrom, Jack Morelli and Christie Scheele and is continued in the 1993 story This Infinity Crusade. As with all comic book adaptations, this one won’t be a direct translation as one part of the directing / brother team up, Joe Russo explained in a recent interview:

“We’re inspired by the books, but the Marvel Cinematic Universe is not the Marvel comic book universe. They’re different. As a comic book fan, I think it’s fun to take elements from the books that I identify with. But if I want a literal interpretation, I’ll just read the book. I think that Marvel jumped off with this cinematic experiment that they started 10 years ago with a narrative that diverts from that. So we wanted to fulfill storylines that we’ve set up in Captain America: Winter Soldier and Civil War that we want to carry forward into Avengers: Infinity War and the next one;  but not necessarily do a literal interpretation of Jim Starlins’ book. But there are great ideas in that book, and we owe a lot of the movie and what’s behind the movie to Jim.” Check out the trailer below!

Directed by Joe Russo and his brother Anthony, this adaptation is a massive cinematic event, bringing all the characters of the Marvel Cinematic Universe together in an unprecedented way never seen before on screen. Our villain Thanos (portrayed by Josh Brolin) is finally here in all his glory (his first appearance in a mid-credit scene in the first Avengers movie) in order to collect the elusive Infinity Stones (or gems as they are called in the comics) that bedazzle his Infinity Gauntlet. Here’s a complete list of what they do:

Soul : Allows the user to steal, control, manipulate, and alter living and dead souls. The Soul Gem is also the gateway to an idyllic pocket universe. At full potential, the Soul Gem grants the user control over all life in the universe.

Space : Allows the user to exist in any location; move any object anywhere throughout reality; warp or rearrange space; teleport themselves and others any place the user can imagine; increase their speed; and alter the distance between objects contrary to the laws of physics. At full potential, the Space Gem grants the user omnipresence.

Mind : Allows the user to enhance their mental and psionic abilities and access the thoughts and dreams of other beings. When backed by the Power Gem, the Mind Gem can access all minds in existence simultaneously. The Mind Gem is also the manifestation of the universal subconscious. Currently affixed to the brow of the Vision (played by Paul Bettany).

Reality : Allows the user to fulfill their wishes, even if the wish is in direct contradiction with scientific laws, and do things that would normally be impossible; and create any type of alternate reality the user wishes. When backed by the power of the other Gems, the Reality Gem allows the user to alter reality on a universal scale.

Power : Allows the user to access and manipulate all forms of energy; enhance their physical strength and durability; and boost the effects of the other five Gems. At full potential, the Power Gem grants the user omnipotence. 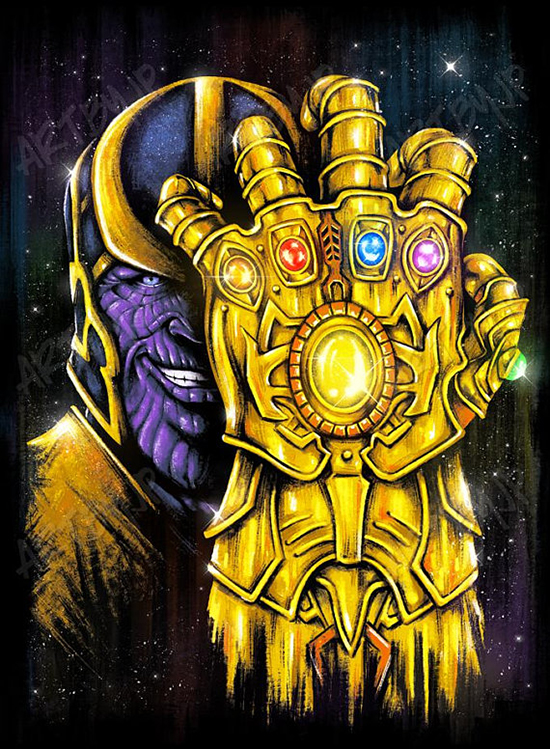 So, with Thanos on the prowl for all six gems in order to become a god it will take the entire Marvel hero roster to defeat him from The Avengers both past and present to The Guardians of the Galaxy and everyone in between (we’re sure to even see co-creator Stan Lee make his usual cameo appearance somewhere in the film).

The ten year in the making event, Marvel Studios Avengers: Infinity War finally graces the silver screen this weekend at a theater near you! The gang from good ol' PU will be there - hope to see you join in on the fun!