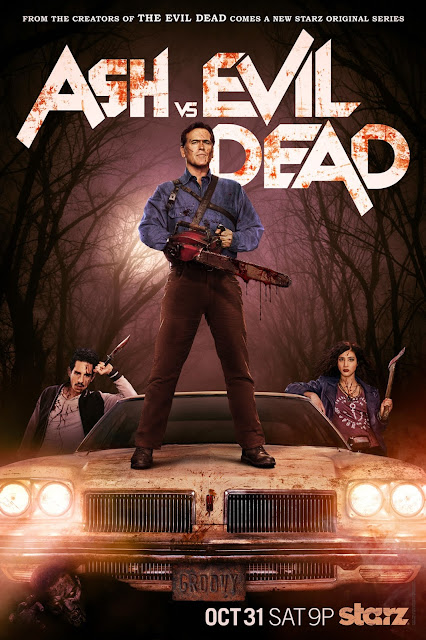 All hail the king baby! This Halloween we all get tricks and treats brought to you exclusively from Bruce Campbell (aka Ash Williams) and his best bud and director, Sam Raimi as Ash vs. Evil Dead premieres tonight at 9pm on STARZ! Check out the trailer below!

The Evil Dead movies began back in 1981 when high school buddies, Campbell and Raimi got together to create what has become one of the most beloved horror franchises in history. It spawned two direct sequels (Evil Dead 2 in 1987 and Army of Darkness in 1992) and a reboot in 2013 directed by Fede Alvarez.

To say the gang here at Pittsburgh Underground our Evil Dead fiends would be an understatement. We've waited twenty three long years to find out how Ash Williams returned to our present from the mess he found himself in at the end of Army of Darkness. Check out some of the stuff we had to say about the entire franchise in the second half our our PU Podcast (right at the 10:20 mark).

In the meantime check out Bruce Campbell, Sam Raimi, Lucy Lawless, and the entire cast of Ash Vs. Evil Dead at this year's Comicon!

HAVE A HAPPY HALLOWEEN EVERYONE!!!
Posted by Pittsburgh Underground at 11:30 AM