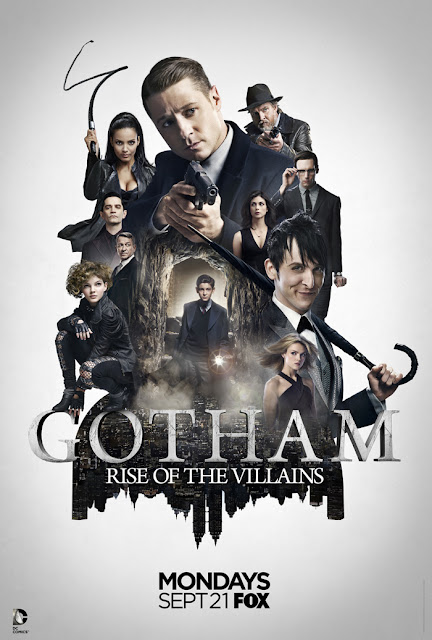 Tonight starts round 2 of Gotham on Fox at 8PM, branded this season as The Rise of the Villains. The gang here at good ol' PU, being the Batman aficionados that we are, have mixed feelings based on what we were given last season (more on that later). Check out the season trailer below.

For more on Gotham, check out a few brief thoughts on the subject in our PU Podcast, Episode 2 - 2015 Fall TV Preview; 3:09 mark  and stay tuned for our review of Gotham / Season 1 right here at Pittsburgh Underground.

BONUS ONE! Check out this promo clip of the gang - including the future Joker and Barbara Keen (Jim Gordon's ex) in Arkham Asylum!

BONUS TWO!! Check out the cast of Gotham at the 2015 San Diego Comicon!

Gotham / Season 2 / 2015 San Diego Comicon
(courtesy of Flix and the City)
Posted by Pittsburgh Underground at 11:30 AM