Artsy Fartsy: The Rage Of The Stage Players Present Alice's Adventures in Wonderland starting THIS FRIDAY!!!

The Rage of the Stage Players announce Alice's Adventures in “Wonderland!”

Not recommended for young or sensitive viewers. 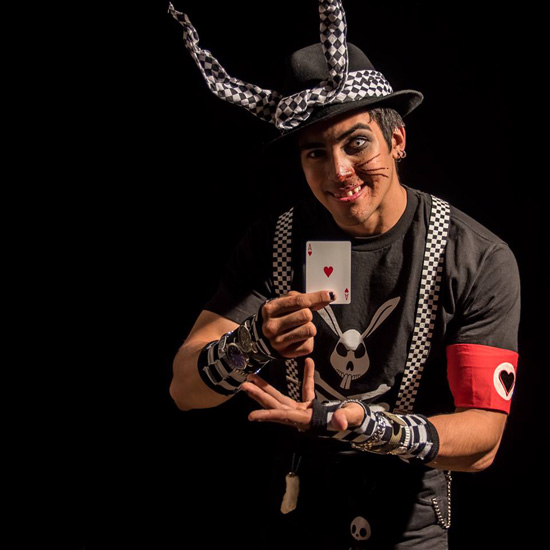 Celebrating the 150th anniversary of Lewis Carroll's beloved book of the same name, The Rage of the Stage Players proudly announce the Pittsburgh return of their gritty, urban stage production, Alice's Adventures in “Wonderland,” featuring makeup designs by Ali Fleeman and Gwen Crew(Face Off season 7).

Having been produced from coast-to-coast and internationally, this marks the third time the play will be seen in Pittsburgh.

“Alice’s Adventures in ‘Wonderland’ is tailor made for the young, hip, adventurous wing of the Pittsburgh theater crowd.”
-- John Hayes, Pittsburgh Post-Gazette

Pittsburgh playwright James Michael Shoberg brings us a darker, modernized interpretation of Lewis Carroll's story about young Alice Liddell, "Alice's Adventures in Wonderland" (1865). Although Shoberg's version is an edgier, more twisted adaptation of the story, Carroll's plot and poems remain intact. Fans of Carroll’s work will appreciate the numerous subtle references to characters and songs, as well as other hidden—and not-so-hidden—gems.

The fun starts this FRIDAY! Hope to see you there!
Posted by Pittsburgh Underground at 11:30 AM