Movies That Have Everything: Is this END GAME for TRON 3? 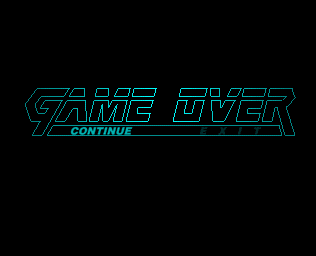 Well Disney has done it to us again. In the Bizzaro-World where Disney owns our favorite franchises - The Muppets, Marvel, and Star Wars - they continue to snub one of their most beloved properties, Tron. According to The Hollywood Reporter, Disney has pulled the plug on the third installment of the franchise that would have reunited director Joseph Kosinski with Garret Hldlund and Olivia Wilde, reprising their roles as Sam Flynn and Quorra.

This has been an ongoing trend at Disney since the first TRON (directed by Steven Lisberger of Animalympics fame) hit the screens back in 1982. It took us a grueling 33 years before we reconnected once again with Kevin Flynn (played by the Dude, Jeff Bridges) in TRON: Legacy in 2010. Both flicks fall under Pittsburgh Underground’s list of all time movie favorites, TRON being one of the first movies of it’s time to use computer simulation. Three decades later, computer animation is in virtually every movie and television show we watch today in ways that are sometimes so subtle that you would believe that what you are watching is the real deal.

There were speculations that the recent box office hairy eyebrow, Tomorrowland may have contributed to Disney’s decision to derez TRON once more.

So far the petition has 30,815 supporters, but needs more so drop your joysticks and give the Disney execs a piece of your mind - hey! Us Disney fans made Avengers: Age of Ultron a hit this summer - Reviving TRON is the least they can do for us! Sign the Revive TRON 3 Petition TODAY!!!
Posted by Pittsburgh Underground at 11:30 AM