Artsy Fartsy: The No Name Players Present BREWED THIS THURSDAY!!!

Looking for some LIVE local theater? Say no more! Our pals, The No Name Players are running their Pittsburgh premiere production of BREWED by Scott T. Barsotti  - a darkly comedic horror fantasy about 6 sisters forced to stir a pot.  If they stop, crazy things happen!

The task is stirring a pot...all day, every day.  The sisters don't share it as they once did. Paulette is fed up; Collette is clueless; and crippled Babette is volatile.  Juliette does her best to maintain order and civility...for now.  When Roxette brings her new girlfriend home and calls everyone together, old grievances flare setting into motion an impossible moral struggle.  Where else can fights go when you already use your fists? 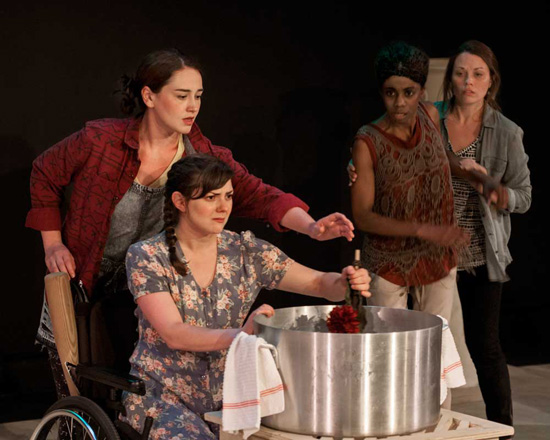